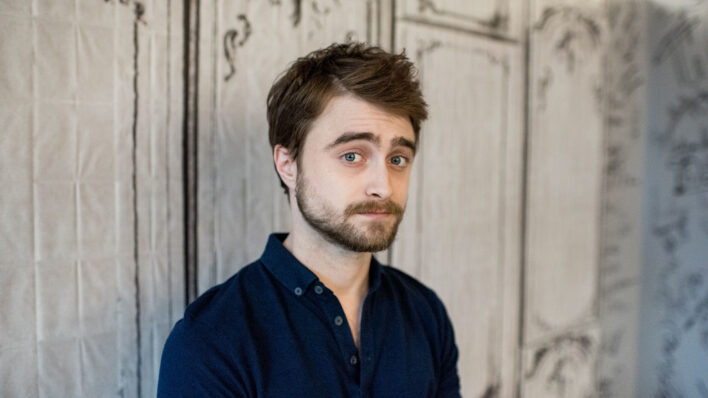 It seems that being famous and successful is something we all strive for, but constantly being in the public eye
By Aly Walansky    February 25, 2019

It seems that being famous and successful is something we all strive for, but constantly being in the public eye

It seems that being famous and successful is something we all strive for, but constantly being in the public eye can take its toll – especially if you aren’t ready for what that fame entails.

Daniel Radcliffe got very famous, very fast, at very young age, when he starred in Harry Potter, and in a recent episode of the podcast Off Camera with Sam Jones, he shared knowing he was always being “watched” was very hard on him. He coped by drinking.

“The quickest way to forget about the fact that you were being watched was to get very drunk,” he said. “Then as you get very drunk, you become aware, ‘Oh, people are watching more now because now I’m getting very drunk, so I should probably drink more to ignore that more.’ It can affect your psyche.”

He said it was a lot of pressure to always be “on” and be Daniel Radcliffe, the “famous person.”

“Part of the thing is the expectation that you should just be delighted all the time,” he said. “You have a great job, you’re wealthy, you don’t have a right to not be excited about the thing all the time. I think that’s a pressure as well. You suddenly start to feel, ‘Man, if I am just feeling some human emotion of sadness, does that mean I’m doing this wrong?’”

Eventually he made some friends that understood what he was going through and that helped, and he ended up quitting drinking altogether. “Ultimately it was just my own decision. I woke up one morning after a night, going, ‘This is probably not good.’”

“There is no blueprint for starting young and working stuff out. That’s why whenever people are having a go at Justin Bieber drag racing cars or whatever, I’m always like, ‘Yeah, but you never know. Stuff could be super crazy for him right now.’”

Maybe we should all learn that we never know what someone is going through until we’ve also gone through it and to stop judging others so much. We never how it feels to live a life that other person is living, and that includes famous people — whose struggles, though in the public eye, are just as real as any of ours.