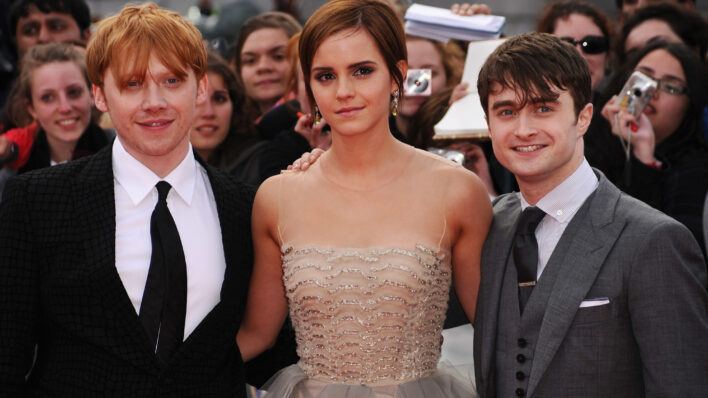 It’s been nearly twenty years since I received my first copy of Harry Potter and the Sorcerer’s Stone (Philosopher’s Stone
By Matt Valentine    August 1, 2018

It’s been nearly twenty years since I received my first copy of Harry Potter and the Sorcerer’s Stone (Philosopher’s Stone anywhere outside the U.S.).

Since that time, J.K. Rowling’s incredible fantasy story has touched hundreds of millions of people all around the world.

Rowling’s story is, as every other great fantasy epic, a story which is far removed from the real world and yet still rings with truths that the reader can take with them into their own life; lessons they can use to live better and navigate the challenges of everyday life more effectively.

There are countless lessons I’ve taken from the Harry Potter books and films but a few lessons stand out among the others and have influenced how I live my life today.

Here are three lessons Harry Potter taught us about life:

1. True friendship can help us through any of life’s challenges

From book one all the way to the final battle with Lord Voldemort and his army, Harry’s bond with Ron and Hermione is incredible to watch and serves as an example of what true friendship can be (and what it can do).

Truth be told, it’s a rare thing to forge such a bond with another human being. However, when you find someone like this, you need to do everything you can to hold on to them.

We’re social creatures, and far more powerful when we work with one another, true friendship being the pinnacle of this. If you’re having a hard time getting through something, never forget the people around you who care about you.

We’re often so caught up with our own things that we tend to not notice when the people around us need us the most. Don’t be afraid to reach out when you need a little help (and lend your help when they need it in return), it will allow you to forge an even stronger bond with those around you.

In Harry Potter and the Order of the Phoenix, Harry, Hermione, and Ron meet together with several other students to discuss starting a secret (and, at the time, illegal) Defense Against the Dark Arts class to help them learn to defend themselves in case of an attack.

During that meeting, everyone is sitting on the edge of their seat waiting to hear Harry reveal what happened during the several incredible encounters with Lord Voldemort that he experienced himself.

But he didn’t tell them about some sort of incredible wand work, quick thinking, or great magic skill. He told them he was afraid, unsure of himself, and often felt as though he was just, well… lucky. All he had was his courage and the support of those around him to get through each encounter. But it was always enough.

He stood up to Voldemort time and time again afraid but courageous. He experienced fear but didn’t let it control him. Stories of perfect bravery pollute the many fictional worlds of the past several hundred years, but in reality, courage and bravery are rarely ever that.

If you’re afraid, know that it’s okay. In fact, it’s normal. Courage isn’t an absence of fear, it’s standing up and moving forward despite it. Harry and the trio taught us that time and time again.

3. Love is the most powerful force of all Perhaps the greatest message of all from Harry Potter is that the power of love is greater than anything.

In book one, the protection placed onto Harry when he was a baby by his mother protected him from Lord Voldemort and Professor Quirrell. Harry’s mother’s unbreakable connection with her son created a magic unlike anything Lord Voldemort had faced before.

In the final book, The Deathly Hallows, Harry reconnects with all those whom he had lost, from his mother and father to his godfather, Sirius Black, as a result of Lord Voldemort’s destructive reign and uses their love and support as his strength to finally defeat The Dark Lord once and for all.

Love might not manifest itself as an impenetrable magical barrier in real life, however, it does create a powerful barrier against any of life’s challenges in much the same way that Harry’s mother protected him from danger even after death. Never forget the power of love, compassion, and kindness from those around you, for yourself, and for your common human.