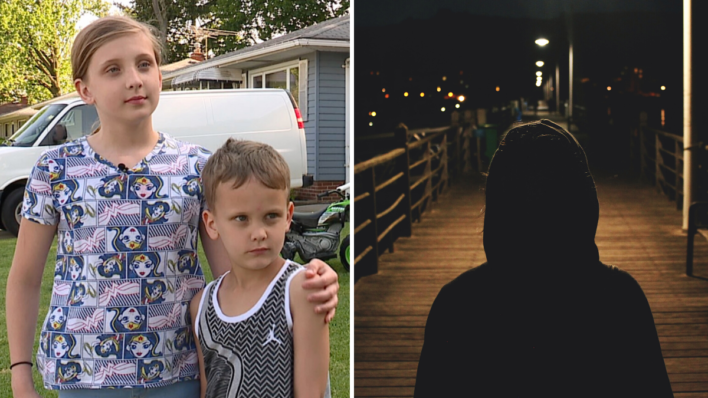 With only moments to decide what to do, one 11-year-old girl saved her brother from being kidnapped.
By Lindsey Staub    May 16, 2022

With only moments to decide what to do, one 11-year-old girl saved her brother from being kidnapped.

Though most kids are taught about stranger danger in classrooms, very few have had to utilize the lessons they learned from the program in real life.

In Cleveland, Ohio, 11-year-old Julianne played with her younger brother Hayden in the front yard of their home. Only when a man approached them did they stop their game.

“He started to talk to us, but we really couldn’t figure out what he was saying. It was like gibberish so we really didn’t think much of it,” Julianne said.

How a Seemingly Normal Day Could Have Turned Disastrous

When the children didn’t engage, the man began to walk away. Quickly, though, he turned back around and grabbed 6-year-old Hayden by the arm and tried to drag the little boy away.

When he tried to grab my brother, I knew like this was serious. This was not like any handshake or anything.

Because Julianne immediately realized the gravity of the situation, she knew she had to act quickly.

“I just grabbed my brother and went into the backyard because there was no time to panic. You just have to go with it,” Julianne said.

Julianne ran to her father Joshua Moore, all the while screaming for help. When she caught him, she told him that “a man tried to abduct Hayden.” Joshua sprung into action, heading to the front yard to find the man who tried to kidnap his child. That’s when Joshua found the man walking down the street.

“I said, ‘Excuse me, did you touch my child?’ And he just threw his arms out like this and continued walking. At that point, I came back. My daughter was crying and upset, and we called police,” Joshua said.

The cops closed off the area and found the man on Mayview Avenue. After cross-checking him against Julianne’s description, they arrested him.

He was identified as 33-year-old Pedro Luyando, also from Cleveland, and he was charged with abduction.

My heart dropped because I know that I saved my brother. He would not be here right now.

“Wow, she is going to grow into an amazing young woman. TOUGH, SMART and STRONG. You go girl!” commented one person.

Julianne’s quick-thinking and bravery saved both her brother from abduction and her family from heartbreak. From now on, Hayden will know he has a big sister there to look out for him.

trust your intuition
“Intuition isn’t the enemy, but the ally, of reason.”- John Kord Lagemann