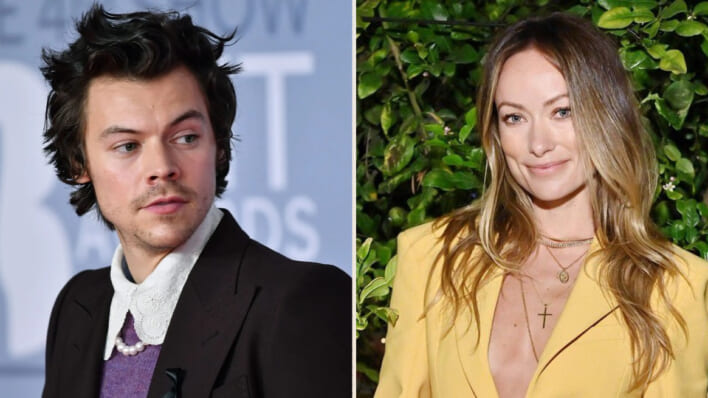 Harry Styles is a mega pop culture icon. He’s gone from a boyband favorite to a multi-award-winning artist to now actor. That being said, he’s no stranger to seeing his face in the media. We all know how much Styles values his private relationships, so why does he feel like a hostage in his relationship with Olivia Wilde, and how can celebrities protect themselves from the negativity of social media?
By Bianca Mercuri    August 29, 2022

Harry Styles is a mega pop culture icon. He’s gone from a boyband favorite to a multi-award-winning artist to now actor. That being said, he’s no stranger to seeing his face in the media. We all know how much Styles values his private relationships, so why does he feel like a hostage in his relationship with Olivia Wilde, and how can celebrities protect themselves from the negativity of social media?

Harry Styles is a 28-year-old British pop star. Since his start on the X Factor UK as a member of boyband One Direction over a decade ago, he’s been a wanted man. Since the infamous 1D break-up in 2015 Styles has gone on to achieve new heights in the music industry. He’s also gone on to have a few relationships. While none were confirmed by Styles himself, there’s one that seems to have more presence in the press than the others.

RELATED: Jason Sudeikis May Have Lost Olivia Wilde To Harry Styles, But He’s Not Given Up yet

His relationship with actress Olivia Wilde has set his insanely large and dedicated fanbase into a spiral, and everyone is noticing – including Styles. So, how did the couple meet, and why does Styles feel held hostage in his own relationship?

Styles and Wilde’s relationship was confirmed a year ago, and the couple is still together currently. As a young man, Styles had rumored relationships with older women so the 10-year age gap between him and Wilde wasn’t a complete shock to Styles and his fans. The two met initially in 2020 on the set of Don’t Worry Darling which is finally coming to theatres on September 23, 2022. Styles is cast as one of the leads alongside Florence Pugh while Wilde is the film’s director.

They were spotted quite a few times in 2021, including a romantic Italian yacht vacation and a concert appearance. Wilde was seen taking her two children to Styles’ concert back in November 2021. Anne Twist, Styles’ mom, was seen dancing with Wilde’s son at this same concert. Many were touched to see the two families merge together and further confirm that the two were going strong. Their relationship has been kept extremely private from the start, so it’s from small glimpses like this that we can see their progression.

Since 2021, they’ve only been seen a handful of times in the public eye. Part of this reason is the hate and toxicity that Styles’ love interests have endured in the past. Styles opens up about this experience he’s had with public relationships and the negativity he feels comes from social media.

What Harry Has to Say About the Toxicity on Twitter

Styles’ interview with Rolling Stone shed a lot of light on his opinions of social media and how his fan base treats the women he’s with. He described Twitter as a “shitstorm of people trying to be awful to people.” While Styles’ fans can certainly be supportive, dedicated, and loving, they can also be a source of toxicity and negativity. Many times, this toxicity and the hate are directed toward the people in Styles’ life which can be difficult to ignore.

He acknowledges it’s that side of social media that makes him cautious about his relationships.
Can you imagine going on a second date with someone and being like, ‘Okay, there’s this corner of the thing, and they’re going to say this, and it’s going to be really crazy, and they’re going to be really mean, and it’s not real… But anyway, what do you want to eat?’” Styles explains the reality of these odd interactions.

Wilde had nothing but great things to say about Styles’ fans. In fact, she shared that she feels hateful energy isn’t a great way to describe his fanbase at all. Wilde doesn’t understand the cruelty and toxicity as it’s the “Antithesis of Harry, and everything he puts out there.” And while Wilde doesn’t feel held hostage by social media, Styles definitely does.

“It’s obviously a difficult feeling to feel like being close to me means you’re at the ransom of a corner of Twitter or something,” Styles expressed, “I just wanted to sing. I didn’t want to get into it if I was going to hurt people like that.” Harry feels a certain amount of responsibility for how Wilde and other women he’s been associated with are treated online and it’s clearly taken a toll on the “As It Was” singer. This is most likely the reason why Styles has a very private personal life. It’s the fear of social media turning into something hateful that makes Styles feel like a hostage in his own relationship.

Social media platforms are hard to navigate for most people but even harder for celebrities whose lives are already published in mainstream media. It adds an extra level of insight into their personal lives which gives their fans and the general public an invitation to comment on their business and affairs. This isn’t necessarily a bad thing, but it can be when social media takes a turn for the worst – which it definitely has in the past.

Many celebrities follow the same sentiment of feeling as though they are too exposed. Needing more privacy isn’t an unheard-of request in Hollywood. Styles hasn’t had privacy since he was 16-year-old, so he’s had to become creative in finding ways to stay out of the watchful eye of media outlets and paparazzi.

“If someone takes a picture of you with someone, it doesn’t mean you’re choosing to have a public relationship or something,” he says in reference to the plethora of photos of him and Wilde together. This type of response doesn’t necessarily invite hate, but it doesn’t negate it. Celebrities need to find ways to challenge the negativity online, not accepting the unkind words that people throw their way in order to protect their own peace and their loved ones who are also subject to it. So, how can they do this?

There are no sure ways to control such large online communities. But most fanbases follow in the footsteps of their idols and role models. Celebrities must use their platforms to preach kindness, compassion, and acceptance. We are the change that we want to see, therefore we need to see influencers actively advocating for a safer and more positive online space.

Staying in the shadows can help foster normalcy for famous people but it’s truly speaking out against the toxic nature of social media that can encourage a change in the dynamics that we’re used to.