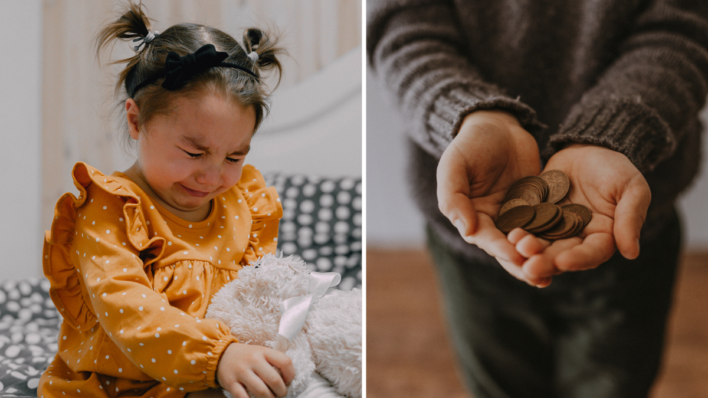 The greatest gesture of kindness one mom has ever seen took place inside a McDonald’s when a homeless woman brightened a young girl’s day and taught her a valuable lesson.
By Lindsey Staub    June 14, 2022

The greatest gesture of kindness one mom has ever seen took place inside a McDonald’s when a homeless woman brightened a young girl’s day and taught her a valuable lesson.

In September 2021, Joanne and her daughter were heading into a McDonald’s. Joanne Anderson, a 42-year-old hospice worker, stopped for breakfast with her daughter Emily before Emily’s hospital appointment. Inside that McDonald’s in Birkenhead, Joanne dropped Emily off at a table and stood in line at the cash register.

“We went in and I sat her down on the table, and I said to her, ‘You stay there and I’ll go and order,’” Joanne said.

In line, Joanne was behind a woman in her 20s struggling to find enough money to afford her meal.

“She didn’t have enough money at first for what she wanted to buy, so I gave her 50p. I had some change in my purse,” Joanne explained. “She got to the counter, and as she was ordering, something must have happened and Emily came over and she was really upset. I think she was just upset that I was taking a long time. So she came over and she was crying.”

Emily is on hormone treatment for hypothyroidism which often causes her mood swings. Joanne said that Emily can go from being happy to “getting upset a lot.” But this time around, Emily’s crying didn’t last long because the woman who couldn’t afford her meal handed Emily the 4p she had left.

“She gave it to Emily and she said to her, ‘Aw don’t be upset, here’s some pennies for you to go and spend in the shop,’ which was just, I don’t know how to put it. I was a bit overwhelmed by it, because it was obvious she didn’t have anything because I’d already given her some money. And then for her to give her last 4p to my daughter because she was upset, it was lovely,” Joanne said.

Joanne was awed by the kind act.

That was probably one of the nicest things a stranger has ever done for my child. Because in that moment, she stopped crying and she was happy.

How a Mom Taught Her Daughter an Important Lesson on Compassion

Joanne used the moment as an opportunity to teach her daughter about compassion.

“I said to Emily, ‘You know, she’s given you that 4p because you were upset, and if you ever see anybody that’s upset, you should always try and help them. Especially in school, if anyone’s upset in school, help them.’ You know, that type of thing,” Joanne said. “Always try and be nice to people, because I think there’s too much negativity. It’s a cruel world at the best of times.”

RELATED: Police Officer Sees a Homeless Woman Living in Her Car – And Helps Buy Her… a New House?

Emily has not forgotten the kindness of the stranger.

We’ve still got the 4p. Emily won’t let me spend it. She still keeps this 4p.

A young woman sacrificed the last of her change to brighten the day of a stranger. Her selflessness taught 6-year-old Emily an important lesson: Give to others whenever you can to make the world a better place.