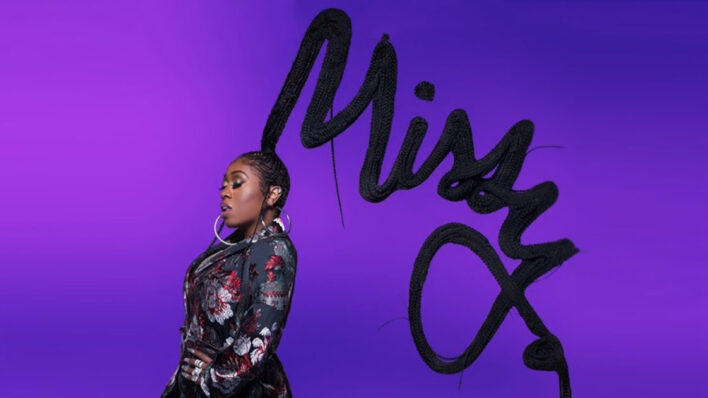 After nearly three decades in hip hop and many life challenges, Missy Elliott is still at the top of the game and her influence is undeniable.
By Flavia Medrut    October 23, 2019

After nearly three decades in hip hop and many life challenges, Missy Elliott is still at the top of the game and her influence is undeniable.

One of the first female artists to the boundaries of hip hop music, Missy Elliott (born Melissa Arnette Elliott) first made her voice and beats heard worldwide when she formed the all-female R&B group, called Fayze (later renamed Sista).

When Sista eventually split up, Missy knew it was time for her next time. So, she teamed up with longtime friend Timbaland and reinvented R&B. Together, they found the perfect recipe for dropping hit after hit by pairing futuristic hip hop beats, soul grooves and traditional gospel harmonies.

She had to hustle for her success

In 1997, while being busy making guest appearances and producing for other remarkable artists (Aaliyah, 702, Total, and SWV), Missy found time to release her solo debut album called Supa Dupa Fly. The record was very well received by the public and was soon certified platinum.

It’s amazing how some people can achieve such levels of success while helping others become successful as well. Elliott dedicated her entire career creating hits for some of the biggest names in the industry – Janet Jackson, Ciara, Ariana Grande, Mary J. Blige, Justin Timberlake and Whitney Houston (to name a few).

The five-time Grammy Award-winning rapper, singer, songwriter, dancer and producer, made history with a string of classic hit singles — such as “Get Ur Freak On”, “Work It”, “Lose Control”, and “Gossip Folks”.

So why did she disappear from the spotlight at the top of her game?

Her biggest dreams and worst nightmares

Young Melissa has always wanted to be a performer. She joined the church choir and loved singing, but she was afraid no one would ever take her seriously.

Aside from her dreams about music, Missy’s early years were hardly dreamy. Growing up, she experienced a lot of violence.

Missy has spoken out about being abused by her father Ronnie, an ex U.S. Marine. Because she feared for her mother’s life, Missy refused to stay over at friends’ homes. That was her way of trying to protect her mother.

During some ugly fights, Ronnie reportedly dislocated his wife’s shoulders and even threatened Missy with a gun. Fortunately, her maternal uncle, who was living next door, intervened and stopped the incident.

With all the terrible things happening inside the house, Missy’s room became a sanctuary, and music her escape.

My room would become a whole other world once I shut that door. […] It was Alice in Wonderland: my bed, my closet — it would all turn into something else. And I would write and sing and block out whatever was going on.

It took a while for Patricia (Missy’s mother) to finally put an end to the horrific situation, but she managed to do it. When Missy was 14, her mother took her away and found refuge at a family member’s house.

Sadly, the singer’s past is tainted with more than domestic violence. In an episode of VH1’s Behind the Music, Missy said that she was sexually abused by her 16-year-old cousin, over the course of a year. Since she was only eight years old, she had no clue what was happening, but she knew it was wrong.

It don’t disappear. You remember it as if it was yesterday.

Missy obviously built a strong character over the foundations of a traumatic childhood, and that strength was tested once again in 2008 when she was diagnosed with Graves’ disease.

Graves’ disease is an autoimmune disorder that causes hyperthyroidism. The immune system attacks the thyroid and causes it to produce more thyroid hormone than necessary. If left untreated, the condition can lead to other major health problems.

Working too much without taking a vacation in years, and her grueling schedule took a serious toll on Missy’s health. She lost an alarming amount of weight, but didn’t take any action. The superstar finally decided to see a doctor after an uncontrollable leg jerk caused her to nearly crash her car.

Missy didn’t reveal her diagnosis until 2011, when she might have felt the need to justify her time off-stage to fans who were wondering what has happened to her.

At the Essence magazine’s 9th annual Black Women in Music event (2018), the singer opened up about the disease during her award acceptance speech:

I was sick and I couldn’t even lift a pen. My nervous system had broken all the way down. I didn’t come up in here in a wheelchair. Nobody helped me get up here.

Missy withdrew from the spotlight for many years, but she never abandoned her fans — she continued to entertain from behind the scenes. She was in the studio all the time people thought she disappeared from the music industry, writing and producing for other artists.

The music icon didn’t take a break from everything– she just decided to slow down a bit.

After all, how many of us could pull off 5 careers at once and struggle with an autoimmune disease?

She came too far to quit

During the 2015 Super Bowl halftime show, Missy returned to the public eye by performing with Katy Perry. Inwardly nervous but outwardly confident, the singer made the whole crowd dance and rap like it was still 2005.

In May of 2019, Missy received an Honorary Doctorate at the Berklee College of Music, and she explained her drive to create and perform despite her past and her illness:

Then, on August 23, 2019, Missy Elliott dropped Iconology, her first collection of new music since her album The Cookbook. The whole piece is a reminder that her beats and innovative rhyming are just as awesome as always.

Now, after nearly three decades in hip hop, Missy Elliott is still at the top of the game and her influence is undeniable.

Missy has always projected confidence, female empowerment and refused to sacrifice her personal style in spite of all music-video stereotypes. She’s a formidable businesswoman and a true inspiration for anyone who’s driven to achieve their dreams.

As for Missy’s new dream? It’s that she’ll inspire future generations of creators with her words:

I want be a walking testimony and I want to see, years from now, people saying… “I remember that Missy Elliot said ‘You have come too far to quit, and I never gave up.'”