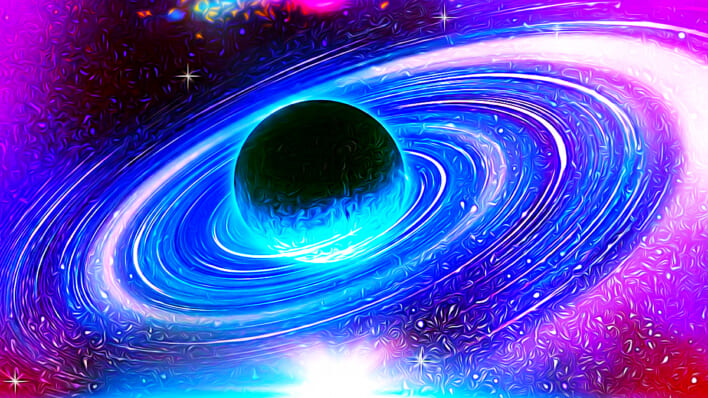 Is Astrology Really Useful For Self-Development?

The question worth exploring here is whether or not it’s serving you.
By Ricky Derisz    May 30, 2022

The question worth exploring here is whether or not it’s serving you.

Everyday issues seem to disappear when gazing into the night sky, when awed by the vast beauty of the stars, or what Ralph Waldo Emerson called “the rays that come from those heavenly worlds.” Humans have been drawn to those heavenly worlds from the moment they could comprehend them. Ancient cultures, from the Mayans to the Babaloynias, found wisdom in the stars, a practice adopted by generation after generation to the present day.

Now cave drawings are replaced by social media posts and memes. Millennials, in particular, have ushered in the New Age of Astrology. But despite the craze, astrology is still ridiculed by, let’s say, the ‘scientifically minded.’ Even its Wikipedia page has a scent of cynicism when it introduces astrology as “a pseudoscience that claims to discern information about human affairs and terrestrial events by studying the movements and relative positions of celestial objects.”

Attempting to argue for or against astrology’s validity serves a limited purpose. A worthwhile exploration is whether it’s really useful. To answer that question, this article will take a highly pragmatic view. How can you use astrology for genuine insight and growth? Is it a worthwhile tool for self-development? Let’s take a look.

A common misunderstanding with a lot of so-called ‘spiritual’ practices is that they’re taken literally. Astrology doesn’t escape this trap. When taking horoscopes or planetary transits literally, it seems as if they hold a fate far outside of your individual influence. That this would be the case, for every individual on the planet, seems impossible for our current worldview, and is the argument people make when criticizing astrology’s validity.

In Biography of a Yogi, Yogananda recounts a conversation with his guru, Sri Yukteswar, who was a revered teacher and Vedic astrologer. Yukteswar pointed out that only very few people can accurately interpret astrology, noting that “the message boldly blazoned across the heavens at the moment of birth is not meant to emphasize fate—the result of past good and evil—but to arouse man’s will to escape from his universal thralldom.”

Yukteswar saw astrology as a hint, a clue, to overcoming karma, whilst emphasizing the ability to overcome these challenges was within the power of the individual. No guru, no horoscope, nothing outside of the individual could do the work for them. He added:

“Superstitious awe of astrology makes one an automaton, slavishly dependent on mechanical guidance. The wise man defeats his planets—which is to say, his past—by transferring his allegiance from the creation to the Creator. The more he realizes his unity with Spirit, the less he can be dominated by matter. The soul is ever-free; it is deathless because birthless. It cannot be regimented by stars.”

Now, keep in mind this text is devoted to self-realization and is steeped in the philosophy of kriya yoga. Yukeswar’s approach can be translated to say that, yes, the stars have an influence over patterns and conditions in your life, but they don’t define you. Being overly awed by astrology is a form of disempowerment, handing over the reins of development to a higher power, or seeking answers from those who interpret the stars.

Yukteswar notes that aligning with the Creator, or God, creates a different type of relationship to the cosmos, free from the patterns of the stars, and free from past karma. The signature of this relationship is harmony; things move with a sense of ease, and at the same time, a person’s natural behavior and inner experience aligns with the wider nature of the universe. That’s a process only cultivated by looking within.

Humans are primed for dogma and something to worship outside of themselves. Yet, a horoscope isn’t a cookie-cutter template of individuality. What it can do is offer guidance and understanding. Your horoscope might highlight tendencies or traits to increase your self-awareness. Planetary movements might give you an insight into what energetic shifts are occurring in the wider world, and how they influence you directly.

You don’t need to believe in the deeper mechanics of this for it to be useful. A horoscope is the opportunity to see what is reflected, take what you need, and let go of what you don’t. The status of the stars acts as a weather report. A sailor knows when the tide will be supporting them, in the same way, if you develop an intuitive feel for astrology, you can start working with the stars, all the while keeping a healthy distance from their influence over your life.

One powerful tool is to record the things going on in your life, including circumstances, mood, insights, challenges, success, and setbacks, and see how they compare to astrological readings. If you notice patterns, it’ll give you the confidence to use astrology as a tool, knowing that there seems to be some connection. For example, I noticed the pattern that I am emotionally sensitive two days before a full moon. Mostly, I never look for the status of the moon. I just know I’ve felt off for a few days, and later make the connection. Astrology is a personal exploration of any relationship the stars have to you.

The phenomenon of Mercury retrograde is a good example. You might find communication more difficult, or people are less responsive to creative projects you share, so decide to strategically wait to release content or have difficult conversations. That’s different from assuming everything will go wrong due to the season, positioning yourself as a helpless victim to Mercury’s transition, in a form of superstition Yukteswar recommended avoiding.

Unlocking the Wisdom of the Unconscious

The unconscious mind runs the show from behind the scenes, aware of big life events, solutions to problems, or things that need closer attention, before the conscious mind. Any tool that unlocks the wisdom of the unconscious is going to support your self-development. The external prompts aren’t so important — you could have just as powerful a realization watching a movie, reading a book, going to an art gallery, or having a heart-to-heart conversation. What matters is what works for you.

Avoid becoming dogmatic, the automaton Yukeswar talks about. Any tool that works is working because you’ve unconsciously chosen it. If you look at the tool as the solution, you’re forgetting that the answers are really coming from deep within, they’re residing in the depths of you, treasure troves buried, lost at sea, waiting to be found. That’s the truest sense of empowerment, whether you believe in astrology or not.

That often gets overlooked. Astrology is not an objective science; we have astronomy for that. Astrology is a science of the soul, allowing the rays from those heavenly worlds to influence your inner knowing. Astrology can be used in the same way as tarot or other methods of divination. You’re not outsourcing all your power to a deck of cards or the cosmos. Instead, you’re paying close attention to what responds within you, as you read, explore, and play.

This is a different way of digesting information. You’re not passively taking in information, but paying attention to what the information evokes in you. You’re allowing these external mirrors to reflect something from deeper within, that you might not otherwise see. This method doesn’t only apply to astrology, but to every experience, a marker of the mindset of being a student of what life has to offer. Any worthwhile therapist, coach, or spiritual teacher knows this.

It’s a process of developing discernment, higher intuition, how to use these objects to reveal inner details. Because everything you experience interacts with you, every experience contains a part of you. A thousand people could read the same horoscope, and each will have a unique response, and what it means for them. From this perspective, it makes sense why celestial patterns apply to everyone; every perspective has a slightly different view.

The Dawn of a New Worldview

I don’t promote anything without value or dismiss any practice without giving it its fair due, as to me, cynicism is the biggest barrier to self-development. Ultimately, whether tapping into a cosmic intelligence or skilfully using projection to reflect parts of the unconscious mind, it doesn’t matter, as long as it’s serving you. Approach astrology with an open mind. Allow yourself to explore without judgment. Maybe you’ll find yourself awed by those heavenly worlds, and what insights they have to offer, what they can teach you about yourself.

As for cynicism and pseudoscience? The naysayers ridiculing the practice as magical thinking? If you need permission to explore, know that the answers are far from certain. I have a wider interest in the science of practices such as astrology. I want to know whether it’s human superstition, filtered through individual psychology, or if there’s something more. My understanding is that there is something more, and that our current model of reality overlooks the fundamental role of consciousness.

It’s possible that one day, astrology and astronomy will merge, especially as science starts to look beyond the material framework of reality, expanding the scope of quantum physics and consciousness. Many leading scientists, people much smarter than me, have theories that claim the universe is more like a giant mind than a giant machine, in ways that unify Western science with Eastern philosophies of oneness.

Another meeting point between astrology and astronomy is a fact that blows my mind: the atoms and elements in our body came from dying stars, in a process called nucleosynthesis. Our bodies are children of the stars, in a material sense. Perhaps we are intertwined with the stars emotionally and spiritually, too, beyond the boundaries of time and space, invisible forces of the cosmos resonating with invisible forces of the self.