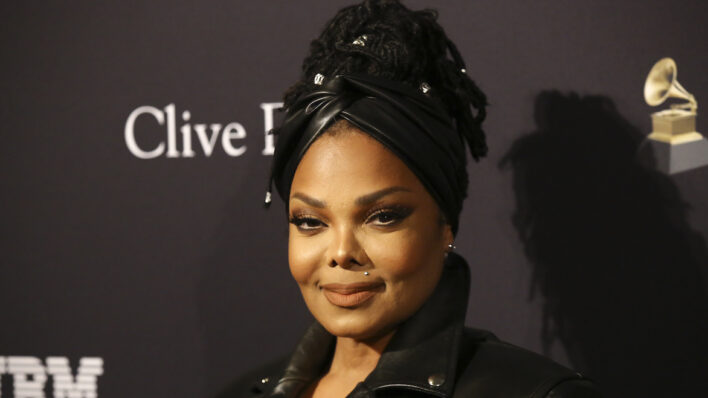 What Really Happened Between Janet Jackson And Justin Timberlake?

In 2004, Janet Jackson’s life changed forever when her Super Bowl performance with Justin Timberlake created a major controversy. What really happened in the aftermath will change the way you think about her.
By Shaoni Das    September 1, 2020

In 2004, Janet Jackson’s life changed forever when her Super Bowl performance with Justin Timberlake created a major controversy. What really happened in the aftermath will change the way you think about her.

Most might associate her as Michael Jackson’s baby sister but Janet Jackson has built a scintillating, remarkable, and iconic career of her own. She has inspired a generation of pop singers, she played a part in developing modern R&B, and she has more awards than one can possibly count.

Yet an incident at the Superbowl Halftime show has become a large, rather unfortunate part of her legacy. The incident dubbed as “nipplegate” is known as the most controversial incident that’s ever happened in American broadcasting history. A wealth of memes, panels, lawsuits, bans, parodies, debates, and apologies emerged following the halftime show, both immediately and years later.

Justin Timberlake and Janet Jackson’s performance in the 2004 halftime show might go down in the history books as something outrageous and unthinkable. But the ramifications on both their careers tell a very different story. Over time, the public has been able to reflect on the matter and take away their own conclusions.

Yet it doesn’t change the fact that Janet had been fighting a deep and unfair battle over the years. But there’s hope in her struggle and there are lessons we can find for ourselves.

A wardrobe malfunction on stage turned Janet into a public pariah

Being able to lead the Superbowl Halftime show is every artist’s dream. Janet too was living her dream that night. Near the end of her performance, Justin Timberlake showed up as a surprise guest on the stage. They were singing Justin’s single ‘Rock Your Body’ and the dance moves were getting steamier by the minute. The two had begun grinding on each other but the suggestive dance moves were all part of the act.

At the end of the set, Justin pulled off a piece of Janet’s costume, exposing her right breast with only some nipple jewellery remaining. The reveal lasted for just a second but it changed American television forever. According to Janet and Justin’s representatives, the plan was for Justin to remove the rubber bustier but only a red lace bra would be revealed. But due to a wardrobe accident, her entire breast was exposed to the cameras.

The backlash that took place following the incident hasn’t and will never be matched. Janet was forced to go on an apology tour and nearly half a million complaints were sent to the FCC. A class-action lawsuit was filed against Janet and Justin. All involved parties in the whole debacle were forced to pay massive fines.

Worst of all, Janet’s career was never the same. Her music and videos were pulled from radio and tv channels, she was forced to give up movie roles, she was un-invited from the Grammys’, and she was blacklisted from multiple opportunities. Regarding the incident, Janet said she felt embarrassed but she also didn’t understand the big fuss. She told USA Today

There are much worse things in the world, and for this to be such a focus, I don’t understand. […] All that has gone on has shown me the strength that I truly have, I always said that I wanted to have my mother’s beauty and my mother’s strength, and now I realize that I have it.

The double-standard in the industry was widely exposed. It took the showbiz world far too long to acknowledge how they’d done Janet dirty. In the Me Too world, women have a bigger platform to speak their truths. But the same industry that encourages women empowerment today was by and large silent on the issue sixteen years back.

Justin Timberland continues to have an exciting, successful, and beloved career. Right after the malfunction, Justin had said to the media, “Hey man, we love giving you all something to talk about.”  He also implied that the stunt was planned when it clearly wasn’t, as you can tell from Janet’s instantaneous reaction on stage.

It took Justin all of two years to make a public apology for how he failed to come to Janet’s defense. He said:

In my honest opinion now, I could’ve handled it better. […] I probably got 10 percent of the blame, and that says something about society. I think that America’s harsher on women. And I think that America is, you know, unfairly harsh on ethnic people.

In 2018, Justin revealed that he’s made “peace” with Janet in the years since. He acknowledged that he “stumbled” through the whole ordeal but he also can’t keep repeating it over and over in his head. He said:

It’s just something that you have to look back on and go, ‘OK, you can’t change what’s happened, but you can move forward and learn from it.

Janet has forgiven Justin and considers herself  “strong”

In the years since the controversy, Janet has been reluctant to speak about the matter. In a 2006 interview with Oprah, Janet claimed that it was going to be her “first and last” time discussing the Superbowl show.

She said at the time that she felt like it was unfair to have the emphasis placed on her primarily and that it was uncomfortable to deal with it on her own. Janet also said that she regretted making an apology for what was essentially an accident that she bears no responsibility for.

Janet said that Justin was still her friend and had reached out to comfort her in the moment of crisis. She said:

I consider [him] a friend. I’m very loyal and friendship is very important to me.

Over the years, Janet has been focusing on her career, motherhood, and maintaining her mental wealth. But the bullying hasn’t stopped. In a 2019 interview, Janet said that bullying and abuse is still “ongoing.” She added that people might assume that people in her position would not go through such bullying but it happens for her routinely. She said that sometimes she had to approach the drama “head-on” but that can put her in an uncomfortable.

Ahead of the release of her latest album Black Diamond, Janet spoke about how she’s grown over time and how that’s reflected in her album. She said about the title of the album:

It’s the toughest of the stones, of the diamonds to cut. I heard that immediately as hard to hurt, to destroy. And in my recent years, I’ve come to realize that I’m incredibly strong. […] I see myself as this rock, you know, rough around the edges. And I just want to share some of my strengths and stories.

Never doubt your character in moments of crisis

Janet should be applauded for keeping her head down over the years and letting the discourse take care of the situation on its own. She kept quiet, knowing all too well that she didn’t do anything wrong. As the perspective shifted in popular culture, she was rightfully hailed as someone who was brave and tough to go through the controversy with so much dignity. The public and the media let her down when she needed them the most, but eventually, people came around and apologized to her.

Although most of us won’t be going on the Superbowl stage anytime soon, it’s worth remembering that similar controversies or crises will circle us just as well. It’ll be so easy to crumble under the pressure and apologize incessantly to be in everyone’s good graces.

But in those dark times, we need to know our worth and never doubt our character. If we know in our hearts that we did nothing wrong, then we have nothing to apologize for. Avoiding self-judgment and focusing on our mental health first and foremost is the way to go about it. If you truly did nothing wrong, people will recognize your sensibility and eventually acknowledge the injustices on their own.