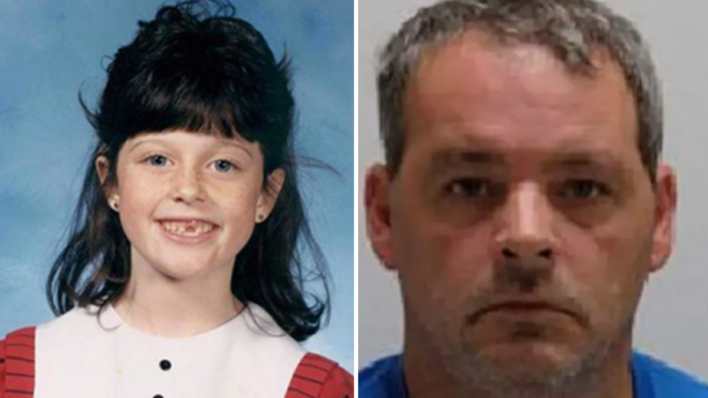 Jennifer Schuett refused to be silenced after surviving a brutal kidnapping and attack.
By Amber Dowling    July 28, 2022

Jennifer Schuett refused to be silenced after surviving a brutal kidnapping and attack.

In the summer of 1990, Jennifer Schuett experienced a real-life nightmare when she was kidnapped from her bed, sexually assaulted, and left for dead. But through perseverance, determination, and sheer resilience she survived. Now, she’s using her voice to help other women and girls speak out against their own attackers.

That summer, Schuett was eight years old. She was scared of the dark and didn’t like sleeping alone, so she usually slept with her mother, Ellen. However, that August night Jennifer was restless, so her mom asked her to go to her own bed because she had work in the morning.

The next morning Ellen couldn’t find Jennifer anywhere. The window to her bedroom, which led out to the parking lot, was open. Someone had taken her from her bed while she was sleeping. Ellen called the police immediately but no one could find her little girl.

Later that day some kids playing in a field discovered Jennifer’s body. Her assailant had slit her throat from ear to ear but miraculously failed to hit any major arteries. Jennifer was taken to the hospital and survived. However, her injuries at the time left her unable to talk. So she communicated with the police on paper.

“It was mainly me writing notes to my mother and she would hand them to the officer outside,” Jennifer later recalled. She distrusted all men at that point and was particularly fearful of police as her kidnapper had claimed to be an undercover officer when he forced her into his car.

How Jennifer Schuett Relived a Nightmare to Help Catch Her Abductor

Jennifer’s notes were extremely detail-oriented, describing everything from how the man looked to the dents in his car, to his first name: Dennis. According to Jennifer, the man took her to a parking lot and told her they would wait until the sun came up and her mother would come and get her. As she anxiously waited and waited for her mother, the man kept smoking and drinking beer — two more details Jennifer later added to the list.

“I remember him saying, ‘Well, your mom’s not coming’ and starting up the car,” she recalled. He then drove her to a field outside of town as she peppered him with questions. He told her his gun was in the backseat, so she stood up in the front bucket seat to look and that’s when he assaulted her.

When Jennifer woke up from the assault, she was being dragged by her ankle, naked, into the middle of the field. She played dead and the man left her on an ant hill. After he drove away she drifted in and out of consciousness, but ant bites kept her awake.

“I realized I couldn’t scream, I had just enough strength to throw my right hand on top of my neck,” she said.

Once Jennifer was rescued she knew she was her own best chance at catching the man who hurt her. So she remembered every single detail she could. “I remember saying he looked greasy and he may have had a scar on his face,” she said. “Every little detail that I could remember, everything that I thought would help in finding him.”

A sketch artist was also brought in to help police in their search. Again, even though Jennifer could not speak at that point, she wrote down enough details to put together an accurate portrait.

RELATED: Alicia Kozakiewicz Shares Dangers of the Internet After Being Abducted by an Online “Friend” at 13

Although police shared the photo with the public, they failed to find the man. “That was just so frustrating to me, to not be able to say what I wanted to in the way that I wanted to say it,” Jennifer recalled.

It was then that the second miracle occurred: Although Jennifer’s vocal cords had been cut in half and weren’t expected to reconnect, they had started to heal. A tiny sound escaped Jennifer’s throat during one particularly frustrating moment.

I regained my voice while I was in the hospital. I like to say I haven’t shut up since.

How a Woman Caught Her Abductor After 19 Years

In the end, Jennifer waited 18 years for any progress. But eventually, progress came. She received a call that a new detective, Tim Cromey, was taking over her case and wanted to meet with her.

“I told her, Jennifer, I will do whatever I can do in my power until the end of my career to get you the answers that you need for this case,” the detective later said.

“That simple sentence changed my life,” Jennifer added. “I felt like he was as dedicated to the solving of my case as I was.”

I really wanted to be a part of solving my own case. I wanted to help because I was the only living witness.

From there, Detective Cromey had the pieces of clothes found at the scene analyzed. The advances in technology worked in their favor and a year later they finally found a match: a man named Dennis Earl Bradford.

Bradford had just been released from prison for another kidnapping. According to reports, only six months after the man kidnaped Jennifer he had attempted to sexually assault a woman in a bar. Seven years after the first abduction he also went for another woman and pulled a knife on her. It was from that incident police had his DNA, which now linked him to Jennifer. He was swiftly arrested.

“It was the most surreal moment in my life,” Jennifer recalled of hearing the news.

When Bradford learned the little girl was alive he broke down in tears and after confessing he later hanged himself in prison. On the day the trial was supposed to begin, Jennifer read her victim impact statement to his grave instead.

“I had 19 years’ worth of things to say to this person,” she read at a press conference. “Dennis Bradford, you chose the wrong little 45-pound, eight-year-old girl to try and murder because for 19 years I’ve thought of you every single day and helped in searching for you. In my heart, I knew you were out there and now I know listening to my heart all of these years and never giving up on finding you I was right.”

Jennifer wondered if the man could somehow hear her from beyond the grave. And at that exact moment, she was bit by a fire ant — just like she had been all those years ago.

These days Jennifer is married and a mother of two through in-vitro fertilization (her organs were too damaged from the attack to have babies without assistance). But she is here to remind all of us to never give up hope and to always speak out. It may take a while, but justice is out there.

“Throughout this journey, I’ve had two main goals, they were to find the man who kidnapped, sexually assaulted, and attempted to murder me 19 years ago so that he could not hurt anyone else. And to use my voice in telling my story to as many people as I possibly could in hopes that I may encourage other victims of violent crimes to stand up and speak out against criminals,” she said.

“Today I can say very proudly that I have accomplished both of these goals. I hope my case will remain as a reminder to all victims of violent crime to never give up hope in seeking justice, no matter how long it may take or how hard it may be. With determination and by using your voice to speak out, you’re capable of anything.”