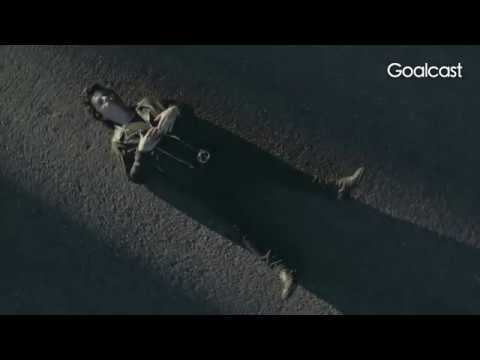 Joe Rogan | Don’t Fall Into The Trap Of Life

Joe Rogan – Back Up And Try Again Joe Rogan delivers some powerful words on how to move through your
By Goalcast    December 12, 2016

Joe Rogan – Back Up And Try Again

Joe Rogan delivers some powerful words on how to move through your problems and avoid falling into those same traps in the future.

Scenes From:
Breaking Bad
The Matrix

Transcript:
When you’re alone with your thoughts, you get an idea of what your thoughts actually are. If you live your life just acting constantly on the momentum of other people’s expectations, you wanting to be like by these other people, you can run into a trap, and you set up a life that you didn’t really want, you’re fucked, you’re trapped in this situation where you have a mortgage, you have credit card bills, you have student loans that you have to pay. You have a bunch of shit going on that you have to continue to feed and especially if you have a family and you have to feed them, then you’re fully locked in, you can’t take any chances whatsoever , and often times people make the mistake of getting stuck and it is just a tactical mistake. ke, just like it would be a mistake if you got stuck in a video game, just like it would be a mistake if you followed a map incorrectly and you get stuck in the woods. Your life is certainly some sort of a journey, it’s certainly some sort of a journey and we all have to be aware that when we are making journeys. We aren’t always going to make the right steps and sometimes you have to back up and try again. And if you’re in a position where you can’t back up and try again, you have trapped yourself.

And the system will set out honey pots for people to get trapped in. The system will set out the ideas of retirement, the ideas of the golden years, providing you benefits, providing you a healthy work environment. Why? Well, because they want people to work for them. They don’t want people to realize their own dreams and escape, that’s fucking a pain in the ass. Now you gotta hire more people and train them. They want to set it up so that you stick around. Stick around in some sort of unsatisfying world. It’s up to you to see that video game problem. To see that issue as it comes up on the map. – No, I think this is a right turn – To see all the problems that could potentially lay in front of you, and calculate your future. And then also look around all the people that didn’t do it and look at the misery that they’re in, and learn that you don’t wanna be like them. And then look at the people that have kind of taken chances and navigated their way. What did they do differently? What objectivity did they have that maybe you lack? What insight into their own mistakes are they willing to delve into that you’re not? That you step back and you go, you know, I just don’t wanna look at myself that closely. But the person who’s able to look at themselves the closest is gonna get the more rational results.