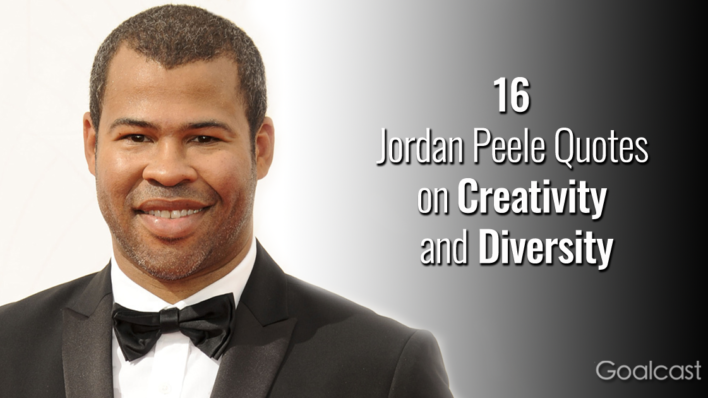 Jordan Peele is an actor, director, writer, and comedian, best known for the sketch series Key & Peele and his
By Flavia Medrut    April 17, 2019

Jordan Peele is an actor, director, writer, and comedian, best known for the sketch series Key & Peele and his hit horror films Get Out and Us.

Peele was born to a white mother and a black father, and he admits that being biracial often made him feel like an outsider. He first experienced that when he was only six years old – when given a standardized test and asked about his race, he just checked the “other” box.

Peele began his career in 2003 as a comedian, during MAD TV‘s ninth season. There, he made a big impression by impersonating various celebrities such as 50 Cent, Ja Rule, James Brown, Montel Williams, Morgan Freeman, and Forest Whitaker. He later teamed up with his partner-in-comedy, Keegan-Michael Key to co-create, write, and star in their own Comedy Central series. Key & Peele went on to win two Emmys.

While Peele used to make hilarious skits, it appears that now he loves the feeling of getting his audience to shudder. He made his directorial debut with the horror film Get Out — one of the most profitable films of 2017 — which also earned him an Oscar. So it’s hardly a surprise that his second horror movie, Us, has been a box office hit and critically acclaimed.

Here are 16 Jordan Peele quotes on creativity and diversity.