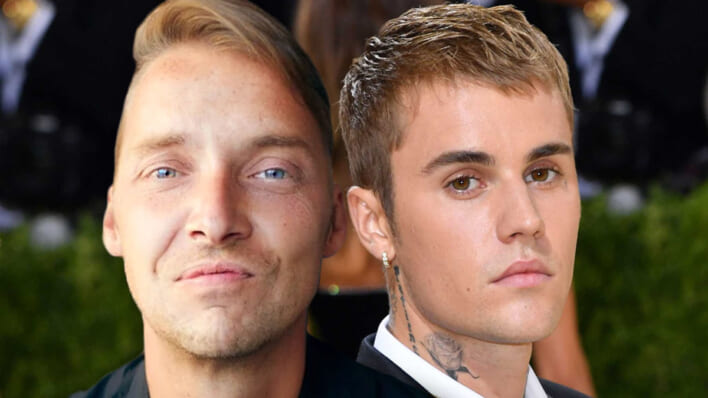 Bieber shocked fans by revealing he has Ramsay Hunt Syndrome, a viral infection related to chickenpox that caused the singer facial paralysis. Thankfully, Justin is not alone, and his fellow Canadian and fellow survivor, Mike Shoreman, is here to help.
By Steven Paugh    June 11, 2022

Bieber shocked fans by revealing he has Ramsay Hunt Syndrome, a viral infection related to chickenpox that caused the singer facial paralysis. Thankfully, Justin is not alone, and his fellow Canadian and fellow survivor, Mike Shoreman, is here to help.

RELATED: The Truth Behind Justin Bieber’s Unlikely Friendship With Usher

As a result, Bieber also announced cancelations of his upcoming tour dates, citing that he was physically incapable of performing. “I wish this wasn’t the case,” he said in the video, “but obviously my body’s telling me I gotta slow down.” He then thanked this fans for their support as he continued to focus on resting and recuperation.

While his journey to health will be challenging, there is good news for Justin Bieber. Ramsay Hunt Syndrome is indeed rare, but luckily, he isn’t alone in living with the condition. In fact, fellow prominent Canadian, Mike Shoreman, hasn’t just been getting through life with the disorder, he’s been excelling at it!

In an exclusive statement to Goalcast, Shoreman provided words of wisdom, comfort and hope for the Grammy-winning superstar.

Who Is Mike Shoreman and How Can He Help Justin Bieber?

For those who don’t know the history of Mike Shoreman, or haven’t kept up with his most recent — and downright herculean — exploits, he is a gifted sportsman who dedicated his life to paddleboarding… until things took a less than advantageous twist.

Four years ago, Mike was the picture of health and successfully running his own paddleboarding business and brand, not to mention living his best life by pursuing his passion. Unfortunately, like Justin Bieber, he too was attacked suddenly and without warning by Ramsay Hunt Syndrome.

Suffering from similar facial paralysis, as well as debilitating vertigo and a loss of his other motor and sensory functions, Shoreman was forced to re-learn how his body moved and worked. After significant rehabilitation and sheer, unmitigated willpower, Mike was able to regain significant control of his body and once again stand on his beloved paddleboard. But that’s not all.

RELATED: This Is The Real Reason Why You Never Hear About Justin Bieber’s Dad

Since overcoming the worst the disorder threw at him, Mike endeavored to make of himself something even more, by raising awareness through feats of endurance that would make those without Ramsay Hunt Syndrome gape in awe. His most recent self-imposed trials see him crossing the Great Lakes on his trusty paddleboard in a bid to raise money and awareness for childhood mental health.

As you might expect, given his fortitude, Shoreman is also an accomplished advocate and public speaker, and has helped raise awareness not just of Ramsay Hunt Syndrome, but of the power of the human condition to overcome anything that would seek to diminish it.

It is in that spirit that Mike recently took to Twitter to offer words of support to Justin Bieber.

Mike Shoreman to Justin Bieber: ‘He’s Got This.’

Goalcast also reached out to Shoreman, and even though he is in the midst of his most demanding challenge to date, he took some time to offer his experience, support and counsel to Justin Bieber in his most trying time.

“It’s shocking that Justin Bieber, another Canadian, made the announcement yesterday,” Shoreman said in his comment to Goalcast. “I was very saddened to learn of this and my inbox blew up immediately with the news.”

Citing the seriousness of the syndrome, Mike confirmed that it “presents multiple challenges and possible disabilities that range from mild to severe.” He then offered a bit of practical solidarity with an admission of what he did just after he was diagnosed.

“I Googled ‘famous people, Ramsay Hunt Syndrome,’” he said, “and I found P90X founder, Tony Horton. RHS put Tony in a wheelchair. [He] wrote back and was encouraging and emotionally supportive to me, and knew what I was going through. He became a friend and someone I could talk to. I found it comforting and like I was being supported when I felt scared and felt like nobody understood me or what I was going through.”

RELATED: What Justin and Hailey Bieber’s Unconventional Relationship Teaches Us About Love

Just knowing that he wasn’t alone, and in fact was in incredibly inspirational company, was enough to buoy Mike Shoreman, to help him embrace his condition, and finally, to come to grips with his new life with it. Not for nothing, after all, is Mike now known as “The Unbalanced Paddleboarder,” as told in the title of his book, Crash and RISE: From Victim to Thriving Survivor.

“I have reached out to Justin’s mom,” Mike continued in his statement. “I sent her a note saying, ‘I am here, whenever the time  may come.’ I hope he leans on family and knows he is loved by many.”

Mike closed off by sending words of support, saying of Justin Bieber, plainly but with palpable exuberance, “He’s a champion and he’s got this.”

To follow Mike Shoreman’s Great Lakes Crossings and support his cause, visit his Jack.org page.