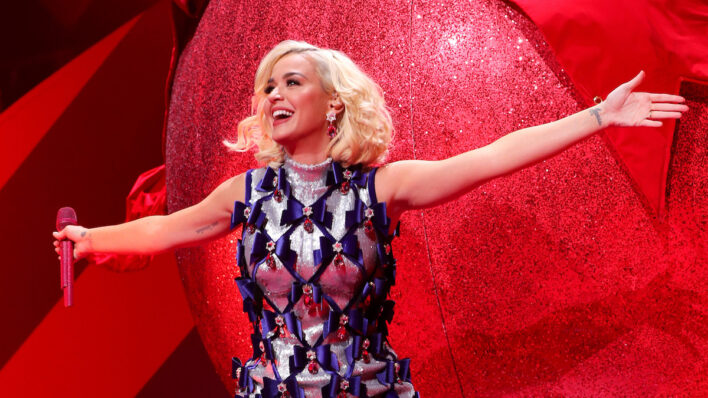 Katy Perry may be happily engaged with Orlando Bloom but their relationship was not always smooth. When he broke up with her, she almost lost herself.
By Shaoni Das    July 7, 2020

Katy Perry may be happily engaged with Orlando Bloom but their relationship was not always smooth. When he broke up with her, she almost lost herself.

As a woman who’s basically made a career out of singing powerful break-up songs, Katy Perry knows a thing or two about the experience. It’s true that love is a battlefield for everyone but Katy was wrongly pointed out by many as someone who was never going to find everlasting love.

A high-profile divorce, a bunch of romantic affairs that seemingly led nowhere — many had gotten the impression that something was just wrong with Katy’s ability to hold down a relationship.

Those people might be shocked to learn that Katy Perry is indeed happily engaged and expecting her first child right now. But yet her journey to finding true love has been fraught to challenges. Her first marriage fell flat on her face, and it looked like her second long-term relationship was headed in the same direction.

But somewhere along the way, the singer was able to mend her broken heart and find the strength to welcome love back into her life again.

Her first husband Russell Brand divorced her by text

If you aren’t in the loop, Katy Perry and Russell Brand’s marriage constituted one of the most disastrous marriages Hollywood has ever seen. And that’s a fairly low bar to clear on its own. They tied the knot within six months of knowing each other and got hitched the following year.

The marriage lasted just 14 months. On December 31, 2011, Russell actually texted her to let her know that their marriage was over, revealed Katy. He then went on to file for divorce and never reached out or spoke to Katy again.

In the years since the divorce, Katy hasn’t minced her words regarding her ex-husband.

[Russell] didn’t like the atmosphere of me being the boss on tour. So that was really hurtful, and it was very controlling, which was upsetting…I felt a lot of responsibility for it ending…This isn’t because of me; this is beyond me. So, I have moved on from that.

The divorce was so traumatic she considered killing herself

Katy revealed that she had considered killing herself post-divorce; the stress was just becoming too much for her. She recalled lying on the bathroom floor and doing the deed. Her song “By The Grace Of God” details how she felt overwhelmingly guilty for the dissolution of her marriage. That she simply wasn’t “enough” for Russell.

Katy Perry on By The Grace Of God

Thankfully, she didn’t go through with it. As she put it, “by the grace of God” and support from family and friends, she was able to pick herself up and find positive ways to process her pain. Mindfulness therapy and transcendental meditation were some of the mechanisms she’d rely on to get her through the hard days.

You’d think that Katy Perry had gotten over all her suicidal tendencies after that one night but those things tend to stick around for way longer than people expect. In 2016, Katy began a relationship with actor Orlando Bloom.

The relationship continued for just over a year before they decided to go their separate ways. Of course, they got back together but being broken up sent Katy down an entirely new state of mind, one that was far more agonizing and punishing that she’d faced before.

Shortly after breaking up with Orlando and just as she was getting her new record out again, Katy felt like a train wreck.

My career was on this trajectory when it was going up, up and up, and then I had the smallest shift, not that huge from an outside perspective. But for me it was seismic…I was excited about flying high off the next record and the record didn’t get me high any more … The validation didn’t get me high, and so I just crashed.

Katy Perry on CBC Radio One

Katy added that this was a “necessary brokenness” in her life — she needed to feel broken just so she could understand what “wholeness” was all about. At her lowest point, she craved fulfillment and meaning, something that had more dimension than living life as a “like a thirsty pop star all the time,” she said.

Katy attributed her recovery “gratitude” and her Christian faith — both of which she holds near and dear to her heart.

Gratitude is probably the thing that saved my life, because if I didn’t find that, I would have wallowed in my own sadness and probably just jumped.

Katy Perry on CBC Radio One

Katy has seen firsthand what it’s like to suffer in silence and remain silent about mental health struggles. As a result, she wholeheartedly champions mental health awareness and the necessity of speaking about issues that plague the mind as opposed to just the body.

Due to a combination of her break-up and her career failings, she felt depressed and could hardly get out of bed. In the past, she said that she was able to get through it and come out on the other side but something really had shifted this time around. So her journey to find strength was all the more challenging but she did make a breakthrough in the end.

After getting back together in 2018, Orlando and Katy became inseparable. They got engaged a year later and have recently announced that they’re awaiting the birth of their baby girl. Katy has dealt with a lot of her mental health struggles and finds plenty of support on that front from her partner. She described him as her “anchor” who holds her down and loves her for who she is — Katheryn Hudson, not Katy Perry.

Orlando is like a sage. When we first met, he said we would pull the poison out of each other, and we really do. It’s exhausting, but we really hold each other accountable. I’ve never had a partner who was willing to go on an emotional and spiritual journey like Orlando.

Katy also discussed how relationships in one’s 30s vastly differ from those in their 20s. In her opinion, most people just date in their 20s but they actually go on to find and practice true love in their 30s. Love is a true sense of partnership, where two people are honest, transparent, supportive of each other. They’re all about striking a balance and they almost become mirror reflections of each other.

Mental struggles may seem neverending but you must keep fighting

Katy Perry’s personal life in the last decade or so tells us that even the best and most privileged of us succumb to our mental health challenges. We may feel confident that we’ve been through our lowest point. And just when we let go and feel free of those struggles, they rear their ugly heads all over again. Katy could have easily given up relationships, especially in the wake of break-up from Orlando.

She could’ve been easily been reminded of what occurred in her first marriage, which could have prompted her to give up on love for once and for all. Yet she fought through those darkest moments, even though every cell in her body wanted to give up. Gratitude knocked on her door and rescued her.

For some, it’s not gratitude but perhaps some other emotion. Whatever it is, Katy never stopped fighting and found the strength in herself to get back on the saddle and try her hand again at this little thing called love.

Our lives are just as vulnerable to collapses as Katy’s was. We might not be as rich or successful as her but we all have something to be grateful for. Something that gets up in the morning. Something that sends us to our happy place. So the struggles will keep arising throughout your life, even when you think you’ve been through the lowest of points. But it’s always worth it to take count of what’s important to you so that you can keep fighting.