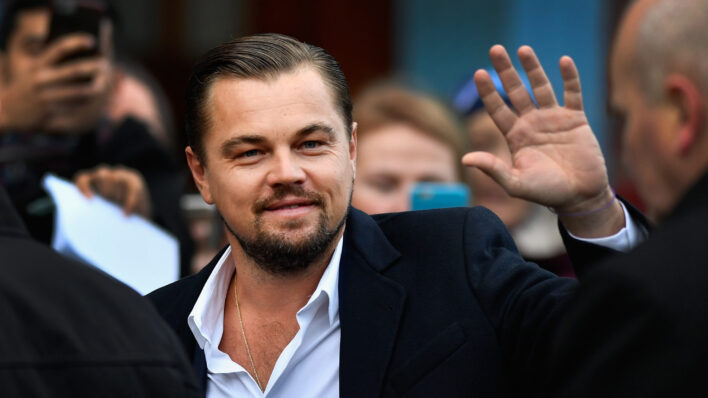 Leonardo DiCaprio is one of the top names in Hollywood, but the actor’s life wasn’t always champagne and caviar.
By Jeff Dumont    August 1, 2022

Leonardo DiCaprio is one of the top names in Hollywood, but the actor’s life wasn’t always champagne and caviar.

It may come as a surprise but Leonardo DiCaprio wasn’t always living the high life. His childhood was filled with struggles that many know, including divorce, bad neighborhoods, crime, and violence. But theTitanic star still managed to become one of Hollywood’s A-list actors and a leading environmentalist.

RELATED: Leonardo DiCaprio Reveals His $5 Million Plan to Save the Amazon Rainforest

While there are many celebrities out there, born with a silver spoon in their mouth, there are others who had to rely solely on hard work, grit, and talent. Some of the most prominent and prestigious celebrities, such as DiCaprio, weren’t born into the industry, or into wealthy families, yet still managed a level of success that is admirable.

DiCaprio is just one of many celebrities to have grown up poor, but the intensity of the contrast between his upbringing and current success is what makes his case so fantastic. Unlike most “rags to riches” tales, he had access to the entertainment industry as he was raised in Los Angeles. There might not have been any financial or social advantages provided by his environment, but Hollywood was, for all intents and purposes, at DiCaprio’s doorsteps.

That does not mean the actor didn’t face challenges prior to becoming part of the entertainment industry. DiCaprio didn’t grow up in Beverly Hills or have a 90210 area code, quite the opposite.

During an interview with the Los Angeles Times, DiCaprio compared the neighborhood he grew up in like Scorsese’s Taxi Driver, one in which he was surrounded by crime and violence. At just the young age of four, DiCaprio often witnessed people smoking crack or injecting heroin in the alley nearby. And to top it off, there was even a major prostitution ring on the corner of his street.

After being beaten up in his junior year, at just 16 years old, DiCaprio quit high school, though would later go on to earn his GED.

Surrounded by drugs and violence at a young age, it’s almost shocking to see how conventionally stable DiCaprio’s life is now, especially for a celebrity. However, he had one thing that prevented him from caving and engaging in the same lifestyle that burdens his Hollywoodian peers. The support of DiCaprio’s parents is what emotionally and psychologically led him down the right path.

The Wolf of Wallstreet actor recognizes growing up in a dangerous area, but his own family life made it possible to thrive. His parents, George DiCaprio and Irmelin Indenbirken, divorced not long after DiCaprio’s birth, but they were dedicated to making him avoid the alienating fate of many children of divorced parents, which paved an the path for DiCaprio’s success.

In a 2016 speech, he even thanked his parents, “To my parents, thank you for listening to an overly ambitious, slightly annoying 13-year-old kid who wanted to go on auditions every day after school.”

RELATED: Josh Brolin’s Biggest Failure Proves the Power of Being a ‘Persistent Pest’

DiCaprio notes that his father always told him to do whatever he wanted, and that success is not what actually mattered. What mattered was making every moment count. On top of providing their son with motivational advice, at an early age, his parents encouraged him to directly involve himself with his passions.

“My dad always told me, ‘Go out there, son, and whatever you do, I don’t care if you’re successful or not, just have an interesting life,’ ” Leonardo recently told Parade.

They took the young DiCaprio to auditions every day after school. This eventually led to DiCaprio pursuing a full-time acting career, with his parents offering all the support they could. To this day, DiCaprio still invites one or both of his parents every time he is nominated for an Oscar.

George DiCaprio helped his son develop his interests even further thanks to the connections and knowledge acquired by his own career. His involvement with the underground comix scene allowed the elder DiCaprio to take his son to comic shops across the world and introduce him to movies starring acting legends like Robert De Niro.

The DiCaprio family was rooted in art, which gave a younger Leonardo more insight to his future career than the average impoverished upbringing could have given him.

Aside from his father’s career in comics, DiCaprio’s involvement with film and television also incorporated an interest that stemmed from a positive response to a dance he performed as a toddler. Additionally, his own stepbrother appeared in a television commercial, which not only financially helped the family in dire needs but also motivated DiCaprio to further study the nuances of acting as a craft.

But even with his foot in the acting door, it was still an uphill battle. Once DiCaprio got his career going, he remained jobless for over a year and a half. After countless auditions, he secured parts in commercials like his stepbrothers, only to climb up to television, and finally cement himself as a star on the big screen thanks to his career-defining role in Titanic.

How Seeing the Good in Bad Times Can Be Triumphant

DiCaprio was not the first celebrity to have not experienced wealth until becoming a public figure, nor will he be the last one. It is hard to even classify his journey from rags to riches as the most exceptional since people from poorer areas have become as rich and famous as DiCaprio is now. Sometimes, they might even have more personal wealth now. Nevertheless, the gap between DiCaprio’s own achievements and what was given to him at the beginning of his life is an impressive development of the actor’s own socioeconomic conditions.

While born in Los Angeles and having relatives with connections to art and entertainment, his neighborhood was crime-ridden and difficult to navigate. There is even a point where he considered dropping his acting career altogether due to a long streak of unsuccessful auditions, but he eventually recovered from that darker part of his life.

RELATED: Dwayne ‘the Rock’ Johnson Turns Down People’s Choice Award – What He Does Next Is Unexpected

The idea working hard always leads to success is extraordinarily idealistic and doesn’t take the financial, social, and environmental drawbacks of a person’s life. DiCaprio went from growing up in a drug and crime-fueled neighborhood to co-starring in the formerly highest-grossing film on the planet. He went from an incredibly tough living situation to one now filled with yachts, supermodels, and seaside villas. That alone is enough to put his celebrity status in the spotlight and frame it as a major achievement.

DiCaprio’s Hollywood career might have turned out to be the best decision he ever made, but considering his upbringing, it could have easily spiraled into a despairing case. A reminder of his background provides a breath of fresh air.

The fact that “Leo” is one of the names mentioned alongside the term “movie star” once belonged to a child growing up in destitute circumstances, made tolerable only by his family’s support, shows that there is no one true path to success. One can all have the advantages or hindrances in the world, but the end road of a career can still be unpredictable. DiCaprio’s own story demonstrates a possibility of immense satisfaction with a life that started rough.