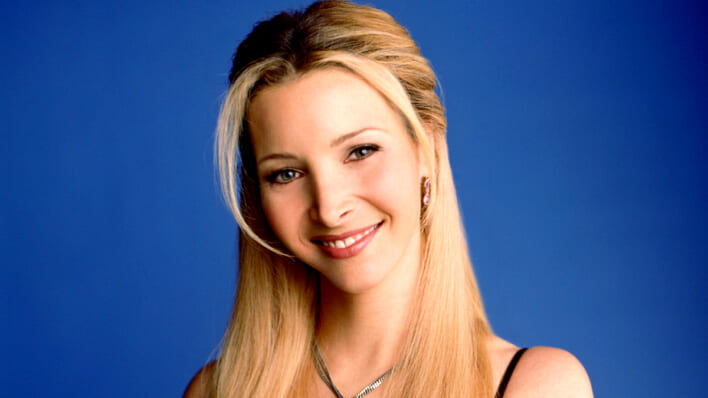 Lisa Kudrow’s performance as Phoebe Buffay in Friends is still celebrated two decades post-production. But Kudrow’s experience with Hollywood dramatically shifted her perception of herself. What perpetuated Kudrow’s negative body image and how did she overcome it?
By Bianca Mercuri    August 14, 2022

Lisa Kudrow’s performance as Phoebe Buffay in Friends is still celebrated two decades post-production. But Kudrow’s experience with Hollywood dramatically shifted her perception of herself. What perpetuated Kudrow’s negative body image and how did she overcome it?

Everyone is insecure about something. We are our biggest critics which is why we create narratives about ourselves that don’t always exist to others.  While we’d like to believe that celebrities are above lacking self-confidence, they aren’t. In fact, constant media coverage and life under the spotlight can subject them to even more insecurities.

Lisa Kudrow had a leading role as Phoebe Buffay in one of the most iconic, and arguably one of the most popular television shows in history, Friends. The series lasted 10 seasons that spanned from 1994 to 2004. Over that time period, the six main actors experienced fame beyond what we can comprehend.

Kudrow worked alongside Courteney Cox and Jennifer Aniston, Hollywood’s IT girls at the time. How did Kudrow feel next to Cox and Aniston, and how did it affect her perception of herself? Let’s talk about Kudrow’s battle with body image and how she’s overcome it to be the inspiring, strong woman we see today.

Kudrow appeared on the podcast Podcrushed this August and revealed how being on-screen next to Cox and Aniston changed her perception of her body. She clarified that as a young girl she was confident and self-assured. It was when Friends began to take off that her insecurities crept in.

“It wasn’t until Friends that I realized, ‘oh, I don’t look like I thought I looked,’” she explained, “And that’s what was so jarring, and that’s when it was like, ‘oh, I’ve got to actually lose weight? I have to diet? Shoot’.” While Kudrow often thought of herself as “a stick”, that quickly changed after standing next to her co-stars on set.

Kudrow clarifies that it wasn’t because of headlines, or because of Cox and Aniston. “It was just seeing myself on the show,” She said, “And seeing myself in clothes, and seeing Courteney and Jennifer in clothes.” This wasn’t the first time that Kudrow compared herself to the two girls. In 2019, she confided in Marc Maron on the WTF with Marc Maron podcast about trying to lose weight while on Friends. Kudrow felt bigger than Cox and Aniston, both in weight and in stature. She referred to herself as “a mountain of a woman” standing next to the two.

The pressure of the public eye is not easily escaped. Body standards change over time, and when Kudrow was particularly popular in the media, the standard was to be extremely thin. The ’90s and ’00s were known for fashion that catered to an ultra-thin, flat physique, and not fitting in with that standard as a celebrity can feel daunting. Kudrow succumbed to these anxieties and lost weight purposely because of this.

Kudrow explains that her biggest disappointment following weight loss was that she was always complimented for it. “Unfortunately for a woman, if you’re underweight, you look good,” She said, “When I was too thin I was sick all the time, a cold, sinus infection, I was always sick.”

Kudrow identifies a huge problem that exists within Hollywood, but in more recent times, on social media. This idea that weight loss is praised and sought after is dangerous. No one is simply happy in their bodies, but always trying to compete with others to be thinner or prettier. This idea that we are complimented for losing weight even if we shouldn’t be losing weight emphasizes the idea that we are only worth as much as the number on the scale.

RELATED: Why You Should Not Tell Jennifer Aniston That She Looks Good For Her Age

Kudrow clarified in Podcrushed that she didn’t consider herself fat. “I’m not trying to say I was overweight, either,” She explained, “I just had no idea the shape of my actual body.” This is a strong point because as a society, we still struggle to make clothes that fit different kinds of bodies.

While Kudrow was already insecure, feeling as though clothes weren’t tailored to her or couldn’t be as opposed to how they fit Cox and Aniston made her feel even more out of place in her own skin. While clothing brands are now trying to be more inclusive by increasing their sizing range or making jeans with more inches added to the hips, it’s not enough to cater to the sheer amount of unique shapes that women come in. It’s also not enough to relieve the crushing pressure of fitting into the current beauty standard imposed on us.

How Did Lisa Kudrow Learn to Accept Herself Over Time

Like with most issues in life, the solution to her insecurities came to her as she got older and wiser. It was in her “Late 30s or 40s – or later,” Kudrow said on Podcrushed, “I just realized, ‘oh no – It’s ok. This is just what I look like. That’s ok. I mean, do what you need to do to be healthy. But this is your body, it’s ok.” This kind of acceptance is hard for anyone, let alone someone who has spent the majority of their adult life being criticized and scrutinized.

As society moved to social media, the problem of body image was amplified and we saw rises in negative body image, negative self-talk, eating disorders and so much more. All of this is perpetuated by the underlying issue that we are valued by what we look like. It doesn’t just stop with Hollywood. It’s not just our teens and young adults who feel it and it’s not just women. Men and older women are also affected.

RELATED: Selena Gomez Opens Up About the Dangers (and Value) of Social Media

Kudrow was one of the lucky women who overcame these issues and developed a healthier relationship with her body as she began aging. “I just go, ‘Alright, so what? You’re older, that’s a good thing, why is that a bad thing?’”. Kudrow’s positive outlook is from years of self-discovery and is not easily achieved.

It’s extremely difficult to change the way society is formed. These patterns and norms have been ingrained for many years and it would require actively rewiring the way we think of ourselves and others to change our society functions. The best way that we can support each other in our journeys to self-acceptance and self-love is to stop imposing our own perception of beauty on others. We have a long way to go from the body positivity movement we’re starting to see take off, but it’s certainly a good place to start.

3 Years After Divorce, Jennifer Aniston Is Ready To Date Again – But Here’s What She’s Not Going To Do