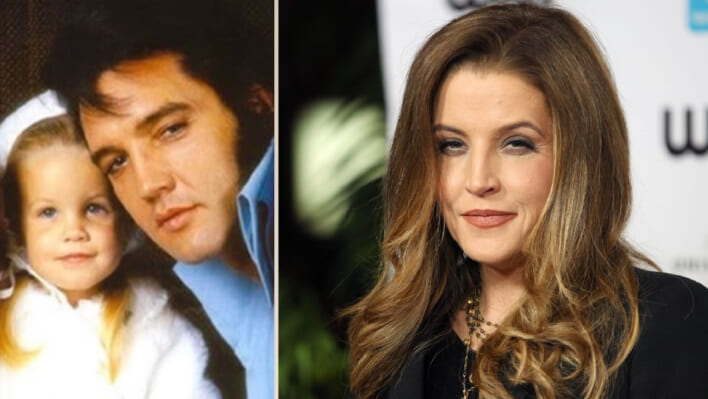 Lisa Marie Presley just passed away as the result of a cardiac arrest at the age of just 54. Two days before Lisa Marie died, which happened on January 12th, 2023, she was making public appearances including the Golden Globes, though some fans worried about the state of her health.

We can all take a bit of solace in the words of Lisa Marie Presley thanks to an essay she wrote as part of the grieving process. She lost her son Benjamin to suicide and penned a long and heartbreaking essay on her emotions, that she first posted on Instagram, hoping it could help others dealing with grief. Now she is the one being grieved over.

Her sudden and untimely death comes after a life that was anything but mundane. The daughter of superstar singer Elvis Presley and actress/entrepreneur Priscilla Presley, Lisa Marie would go on to be a successful musician in her own right, living most of her life in the public eye.

RELATED:5 Incredible Lessons That Grief Will Give You

She was married four times, including to the musician Danny Keogh, then famously to Michael Jackson, arguably the only singer ever more successful and famous than Elvis Presley. She then married actor Nicholas Cage for a befuddling three and a half months, and finally she married musician Michael Lockwood. All four of her marriages would end in divorce, with the first and last unions each leading to children.

During her life, Lisa Marie Presley released several albums, worked steadily with multiple charitable and humanitarian organizations, and won a number of awards and honors. She also dealt with more than her share of struggles.

The Many Losses of Lisa Marie Presley

Lisa Marie Presley’s parents, Elvis and Priscilla Presley, divorced when she was four years old. Then, when Lisa Marie was only nine, her father died as a result of an apparent cardiac arrest suspected to be brought on by an accidental overdose of various pills. Loss and sadness were no stranger to Lisa Marie even before she was 10 years old.

We have already covered her many complicated and failed relationships, which took an emotional toll on her, as did the death of Michael Jackson, for whom Lisa Marie still cared even after their split. In 2008, she became addicted to opioids and would struggle to get over the drug addiction that nearly took her life. Lisa Marie later said she was lucky to be alive.

And then, worst of all by far, in the summer of 2020, Lisa Marie Presley’s son Benjamin died of a self-inflicted gunshot wound.

Lisa Marie Presley wrote an essay about her grief following her son Ben’s death that was released publicly in the late summer of 2022, which was almost exactly two years after Ben’s suicide. Which makes it painfully clear the pain of losing a child. In reading her words, there is no end to grief nor is grief linear.

That, by in large, is why she wrote the essay: to let others know, through her experience, she learned that grieving never ends, but that by talking about it, sharing it, and owning and accepting it, at least things have the possibility to get better if never again to be perfect when it comes to that loss.

As shared via People, the essay is filled with heartache but also with help, “This is not a comfortable subject for anyone, and it is most unpopular to talk about. This is  … potentially triggering and very hard to confront. But if we’re going make any progress on the subject, grief has to get talked about.”

She goes on to write at length about the searing pain, the crippling loneliness, and the horribly slow process toward healing that she endured.

Presley used her own pain and suffering to help others at a time when it couldn’t have been easy to speak out. Now her own words, written less than a year ago, may be of some solace to others who are grieving, and who are grieving her untimely death.

Lisa Marie Presley Left Behind Children and a Mother

When Lisa Marie Presley died so unexpectedly, she left behind three living children, all daughters, the first of whom was born to the same father as the late Benjamin, the other two who are twins born to Presley’s fourth and final husband, Michael Lockwood. The grief these young women feel at losing their mom must be immense, and so too must that of their grandmother.

RELATED: How One Movie Saved Liam Neeson’s Family From Grief

The wife of Elvis Presley, Priscilla Presley, who only ever had one other child than Lisa Marie, a son named Navarone Garibaldi, is 77 years old at the time of this writing and in fine health, so it now falls to her to face years of grief, and those coming after a lifetime with plenty of heavy times already, including with the death of her world famous husband Elvis.

While Elvis and Priscilla Presley divorced only a few years before the singer died, they always remained on good terms. The two were even famously photographed leaving the courthouse hand in hand after signing their official divorce papers. And they always had Lisa Marie, Elvis’ only child, to bind them together.

Helping Those Who Are Grieving

Presley used her own pain and suffering to help others at a time when it couldn’t have been easy to speak out.  “Grief has to get talked about. I’m sharing my thoughts in the hopes that somehow, we can change that.”

Lisa Marie Presley’s words of honest, soul-searching solace will live on to help others through their grieving process. Her writing on how to support others during the grieving process has never rung truer for her family and friends.

“Nothing, absolutely NOTHING takes away the pain, but finding support can sometimes help you feel a little bit less alone.”

If you or anyone you know may be at risk of self-harm or of suicide, or is even experiencing self-harm or suicidal ideation, there is help and it is immediately at hand: just text or call 988, the Suicide and Crisis Lifeline, and someone will be there to help out. Just seek help before it’s too late.

How Jack Black Battled Destructive Grief By Pushing His Limits