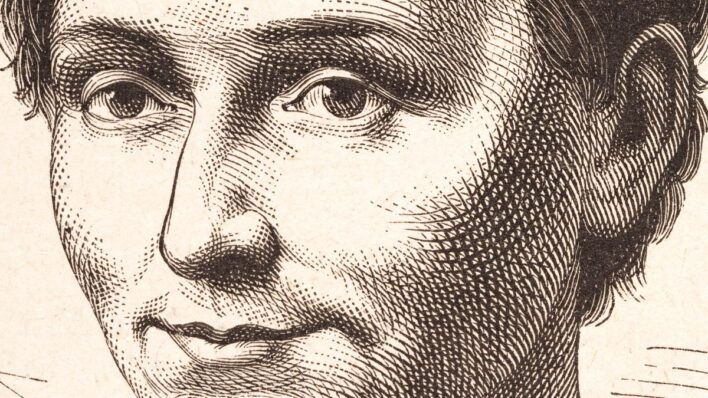 Machiavellianism: Where Do You Rank On This Dark Personality Trait?

Knowledge can be the biggest catalyst for growth.
By Ricky Derisz    April 12, 2022

Knowledge can be the biggest catalyst for growth.

Each of us walk a tightrope between personal interests and the interests of others. Part of developing and maturing as a person is understanding this balance. Care too much for your individual needs, and you’ll be unlikely to form loyal relationships and intimate bonds. Care too much for others, and you might end up sacrificing your happiness or authenticity.

Finding balance is trial and error. Even the most well intentioned person occasionally neglects other people’s needs, becoming self-centered or neglectful. It’s a fact of life that these two forces will always face each other, and sometimes, even with the highest integrity, a decision that is right for you will upset others. It’s forgivable. It’s human. Navigating this tightrope is part of living.

Although it’s reassuring to assume everyone is inherently kind and considerate towards others, some people lack empathy, and put their personal needs above everything else. They don’t try to walk the tightrope, but look out only for themselves. For these people, human relationships are a game to be exploited. Caring for others, or being vulnerable, is a sign of weakness. Other people aren’t there to be considered, but manipulated, or used.

The psychological term is Machiavellianism. It’s a dark personality trait due to its manipulation, deceit, and trickery. This article will explain the background of Machiavellianism., its causes, and how it is expressed. Because everyone exists on a scale of Machiavellianism., we’ll show you how to detect these traits, in others, and yourself, and when it becomes a serious issue.

Niccoló Machiavelli was an Italian 16th century philosopher and political advisor during the Renaissance. He was most famous for writing The Prince, a type of how-to guide for royals to navigate the dog-eat-dog world of Game of Thrones style power dynamics and empires. Often thought of as one of the earliest examples of modern philosophical thinking, Machiavelli’s work contrasted ethics and laws of the time.

Machiavelli taught the dark arts of power and rule. This philosophy is summarized by his well-known quote, “The ends justify the means.” His work created a fracture between politics and ethics, and is a stark and disturbing contrast to the noble idea of the philosopher king, who acted with integrity and fairness, which was promoted by Ancient Greek philosophers such as Socrates, Plato, and Marcus Aurelius. Whereas these philosophers promoted justice and equality as a law of ruling the masses, Machiavelli taught how to have power over other people, at all costs.

Unfortunately, for a man who has been referred to as a “teacher of evil,” the ghost of Machiavelli’s philosophy is in the machine of modern politics. Leading democratic countries, such as America and the UK, continue to repeatedly demonstrate this justification when it comes to foreign affairs, from imperialism and indoctrination, to modern day warfare, arms negotiations, or lethal drone strikes.

When psychologists Richard Christie and Florence L. Geis started to research manipulation in the 1960s, the work of Machiavelli came to mind. They embedded the philosophy into their studies, and asked participants how much they agree with certain statements, scoring them on what they call the Mach IV test, which consists of 20 questions.

Machiavellianism stuck as a term, and has since been used to describe a personality trait that is manipulative, cold-hearted, and lacking in morality. As with all personality types, this exists on a spectrum. The score of the test ranks between 0-100, with those higher on the scale (60 plus) known as “high machs,” and those lower on the scale, “low machs”.

People who score high in Machiavellianism don’t win awards for kindness. They tend to be cynical, calculating and strategic. They’ll focus on what they can get out of situations, or people, and are skilled at exploiting others. It stands to reason that people who demonstrate behaviors that negatively impact others — those who don’t pay attention to the balance of personal needs and thinking of others — lack emotional intelligence in different forms.

That includes emotional empathy, the ability to feel what others feel, and emotional intelligence, having an awareness of one’s inner emotional landscape. People high in Machiavellianism don’t show remorse for their actions, their ends justify their means, and negative influence on others is a part of the game of life. The behaviors, comments, or levels of deception that would play on most people’s conscience doesn’t seem to apply.

These self-centered behavioral traits are often seen within those with an unquenchable thirst for power, from political leaders, cutthroat CEOs, to criminal masterminds.

On a lower level, things like internet trolling and cyberbullying have been linked with Machiavellianism. Interestingly, high levels of Machiavellianism have been associated with alexithymia, the term given to people who struggle to recognise or feel their emotions, or the emotions of others.

An ability to empathize makes someone particularly dangerous. If unable to feel guilt, remorse, or put themselves in the position of others, how can they regulate their behavior? Some studies suggest alexithymia is the true core of Machiavellianism, as opposed to more conventional theories that suggested these people consciously choose to manipulate others.

A strong indicator of Machiavellianism is affective coldness. This form of emotional attachment relates to the impaired ability to empathize, as mentioned above. Within psychology, empathy is deconstructed in various different ways. Two distinctions are hot empathy, and cold empathy. The first is an understanding of other people’s inner world, and how they might feel in response. The other is the ability to predict how people might react in terms of their behavior.

This is particularly relevant for the study of manipulation, because to manipulate someone, you have to be numb to any potential pain or distress, whilst being highly tuned into how someone will behave. The very act of manipulation is to deceive or convince someone to behave in a certain way, often to play on their emotions, or tell them mistruths. That requires a high level of understanding how to pull the strings of someone else’s psyche.

People who rank high in Machiavellianism tend to have high degrees of cold empathy, and low degrees of hot empathy, in what is referred to as the hot-cold empathy gap. This level of interpersonal understanding led to early assumptions that Machiavellism is linked to emotional intelligence, although that has since been proven to not be the case.

It’s worth noting that empathy alone doesn’t equal kindness or compassion by default. This has long been considered to be the case. But recent studies have discovered that the dark empath — someone who ranks highly on the dark triad and has the ability to empathize — can also be highly manipulative.

So, what are the signs to look out for? How do you detect your inner Machievalli, or be switched onto others high in this trait? You can take the guesswork out of this by taking the test Richard Christie and Florence L. Geis used in their landmark study, which is available here.

It’s worth noting this isn’t a clinical term, but a way to describe someone with high traits of manipulation. People high on the scale tend to be distrusting of others, and see openness as a vulnerability. They don’t have a caring or trustful worldview, but one of competition and paranoia. Relationships are highly transactional. As a result, their traits can manifest as both charm and cunning. Other traits include:

Because these traits exist on a spectrum, it’s highly likely most of us will fall into these types of behaviors now and again. The inner Machiavelli is part of the collective shadow. However, the ability to be self-aware and reflect is key, especially when it comes to how other people are affected by your actions. Become conscious of the part of you that might be tempted to manipulate others now and again, or the circumstances and stressors that make you more likely to prioritize your needs over other people.

People high in Machiavellianism in conjunction with the dark triad of personality types have a pathological level of disorder, which is an extreme, and will likely show up in little remorse, or extreme self-justification. If you see these indicators in someone else, and they seem unwilling or unable to reflect, consider how to create distance, strong boundaries, and a high level of scrutiny around their true intentions. To dance to the manipulator’s beat, you have to take them at face value. Once you begin to enquire and scrutinize what this person’s true intentions are, you’ll be less likely to be manipulated.

The Balance of Trust and Discernment

Finding the balance between trust and discernment is another challenge of human relationships. Over suspicion of others can lead to paranoia, or feeling distrusting of others when it isn’t founded. None of us can truly know the inner workings of others, and we all make mistakes, so it’s worth extending forgiveness and tolerance when other people behave in self-centered ways.

If you extend trust, or someone acts in a way that is particularly harmful, remorseless, or deceitful, then it’s time to reflect whether this is a relationship worth nurturing. As for your own Machiavelli? Accept that deceit and manipulation is a potential we all have. Bring this to your awareness, accept it, and always choose to walk the tightrope with as much consideration, compassion, and empathy as possible.

Sometimes, causing unintentional harm, and being willing to see how your actions affect others, directly or indirectly, is one of the biggest catalysts for growth.