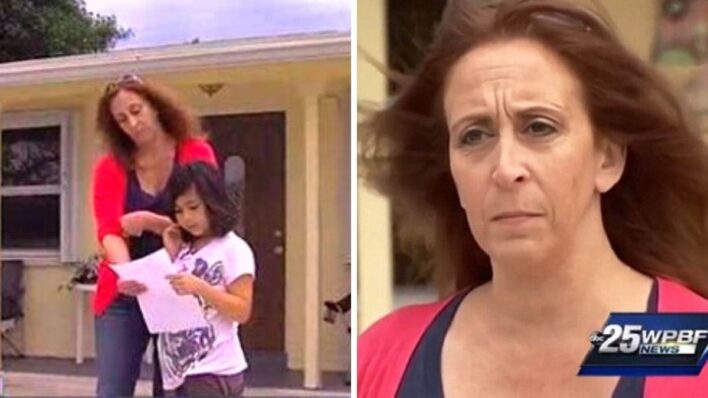 One mother hit back with an important message for parents and communities alike when her daughter’s school spoke about her weight.
By Bryan Liquor    October 29, 2021

One mother hit back with an important message for parents and communities alike when her daughter’s school spoke about her weight.

When a child returns home with a letter from school it’s usually for one of two reasons: A field trip waiver or they’re in trouble.

Let’s just say that when Laura Cacdac’s 6-year-old daughter Charley came home from school with an envelope in her hand, it wasn’t to go apple-picking. What happened next is an eye-opening moment for all parents.

What did the first-grader from Palm Beach Gardens Elementary do wrong? Talk in class? Get in a fight? Not quite.

Her big crime: being overweight at school.

From the results of this test, it is suggested that your child’s health be examined by a physician, particularly as it relates to the problem suggested by the screening.

‘A problem such as this that goes uncorrected or untreated can severely affect both the health and academic performance of your child,’ it continued.

When Cacdac called the school, the nurse informed her that her daughter’s Body Mass Index was high. In other words, she was overweight.

When Cadcac heard what the school had to say, she was livid.

It is basically in my opinion telling me I am harming my child and doing wrong by her and then telling me how to properly feed my child.

However, what alarmed her most was Charley’s reaction.

“Her first question to me was ‘do they think I’m fat? Is there something wrong with me?,”‘ she recounted.

Speaking with WPBF , the little girl said that that she felt awful.

Because if I was fat, it would make me sad and kind of feel bad, like I was kind of different than everybody else.

Cacdac maintains that her daughter – who is 4ft 2 and weighs 60 pounds – is perfectly healthy.

“My child’s favorite foods are avocados, broccoli and apples,” Cacdac said. “She is perfectly healthy in every way: emotionally, physically, and academically.”

School spokesman Tim O’Connor suggested that Cacdac is overreacting to what appears to be a simple report.

“It’s not a stigmatizing letter. We noted the BMI may be high or whatever, and it’s a recommendation to the parents,” spokesman Tim O’Connor said.

Let our kids grow up

While she understands their purpose, Cacdac says that schools have to be more careful with how they communicate results, lest they scar a kid for life.

Something like this can stick with her for the rest of her life. It is going to stick in her head. ‘Am I fat? Do they think I’m fat?’

She’s since opted Charley out of the screenings.

To be fair, a school looking out for their kid’s health and wanting to set them on the right track from an early age is impressive.

However, we must not forget that they’re still kids, not middle-aged couples shopping for life insurance. Let’s cut them a little bit of slack and let them grow into life without pressure or shame.

Meanwhile, let’s support our parents as they strive to raise confident leaders of our future.

Allow kids to be themselves
When children are surrounded by a strong support system, they grow into confident and self-assured adults.
Tags
Share
← Prev Post Next Post →