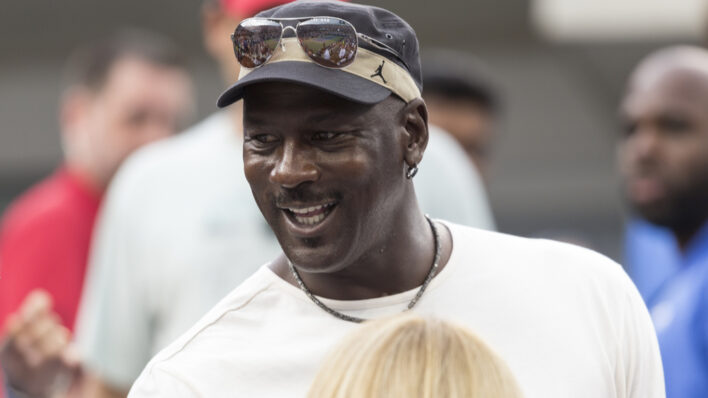 Here Are 10 Outrageously Successful Introverts to Inspire You

If you’re an introvert like me, you probably grew up thinking there was something wrong with you. You would avoid
By Matt Valentine    April 12, 2018

If you’re an introvert like me, you probably grew up thinking there was something wrong with you. You would avoid

If you’re an introvert like me, you probably grew up thinking there was something wrong with you. You would avoid group conversations, public settings made you uncomfortable, and your sheer enjoyment of solitude made you question your sanity.

For one reason or another, introverts are looked at as disadvantaged when compared to outgoing extroverts who have no problem chatting up strangers, networking, and getting out into the world.

Fortunately, recent scientific research has now begun to show that this couldn’t be more wrong. Introverts have their own unique set of advantages and qualities that can contribute to their success.

But you don’t have to look to science to know that introverts can be successful. History tells a much more compelling story of the power and potential of our reclusive nature.

When an introvert is quiet, don’t assume he is depressed, snobbish or socially deficient. One of the most revered scientists in history and a recipient of the Nobel Prize in physics for his work in theoretical physics, Albert Einstein was a well known introvert.

Einstein didn’t shy away from his introverted tendencies. In fact, he considered them necessary to his success and is one of the few people to outline the benefits of introversion in this way:

The monotony and solitude of a quiet life stimulates the creative mind. One of the most recognizable and important names in U.S. history, Rosa Parks made a lasting impact on millions of people all around the country when, on December 1st of 1955, she refused to give up her seat in the colored section to a white woman.

Here is what Susan Cain, author of Quiet: The Power Of Introverts in a World That Can’t Stop Talking, had to say about Parks:

I had always imagined Rosa Parks as a stately woman with a bold temperament, someone who could easily stand up to a busload of glowering passengers. But when she died in 2005 at the age of 92, the flood of obituaries recalled her as soft-spoken, sweet, and small in stature. They said she was ‘timid and shy’ but had ‘the courage of a lion.’ They were full of phrases like ‘radical humility’ and ‘quiet fortitude.’

As founder of Microsoft and one of the world’s wealthiest people, Bill Gates has taken full advantage of his introversion. In fact, he believes that both introverts and extroverts have their own unique set of skills and natural abilities that, when combined, can help make a company successful.

I think introverts can do quite well. If you’re clever you can learn to get the benefits of being an introvert, which might be, say, being willing to go off for a few days and think about a tough problem, read everything you can, push yourself very hard to think out on the edge of that area. Wife to Franklin D. Roosevelt, who served a record four terms from 1933 to his death in 1945 (before the two-term limit was officially instituted for the presidency), Eleanor Roosevelt is the longest-serving First Lady in U.S. history. And no one can say she didn’t waste the time.

Over those 12 years and way into the 1950s, the First Lady gave nearly 350 press conferences and was a U.N. delegate, human rights activist, teacher, and lecturer, averaging 150 speaking engagements a year. And guess what? She was an introvert. As the creator of the wildly popular Harry Potter series, JK Rowling has become one of the most famous authors in history.

In describing what would eventually become one of the most important moments of her life, the moment the idea of the Harry Potter story came to her, Rowling shared she was too shy to borrow a pen to jot her idea down.

I had been writing almost continuously since the age of 6 but I had never been so excited about an idea before. To my immense frustration, I didn’t have a pen that worked, and I was too shy to ask anybody if I could borrow one… Warren Buffett is known for his ritualistic tendencies. However, he’s also a well-known introvert– and one of the most successful investors in history.

According to Buffett, he needed to invest additional time at the beginning of his career to learn how to connect with others by taking Dale Carnegie’s How to Win Friends and Influence People seminars. However, Buffett owes part of his success to his solitary study habits, which have helped make him the ultimate investment expert. Another surprising introvert, Mahatma Gandhi lives on as an example of peace. As leader of the Indian independence movement, Gandhi used nonviolent civil disobedience against the British to help India obtain freedom. Perhaps the most surprising introvert on this list, Michael Jordan isn’t just one of (if not the) greatest basketball players of all time– he was a known recluse. And his introverted tendencies sure didn’t hold him back on the basketball court. Being introverted is a surprisingly common trait amongst actors. Three-time Academy Award winner (and 21-time Academy Award nominee) Meryl Streep is a self-proclaimed introvert and she uses visualization to push through situations out of her comfort zone.

I’m much more of an introvert [than my mother]. I’m much more inclined to want to not say anything in public. When I have to be in the spotlight, I think to myself, Mary [Streep] could do it. It’s a good thing, to imagine yourself doing something you think you can’t. I do that every day, because basically, if I had my way, I’d just stay home and think about what I’m having for supper. The final introvert on our list and founder of Tesla, SpaceX, and The Boring Company (among others, including the company that eventually became PayPal), Elon Musk has taken full advantage of his introverted nature– and has been quite open about it in the process.

I’m basically like an introverted engineer, so, it took a lot of practice and effort to be able to go up on stage and not just stammer basically…As the CEO, you kind of have to.