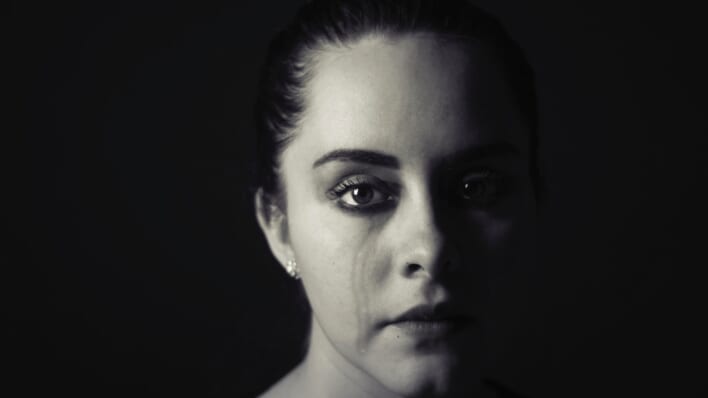 Ban this phrase from your vocabulary, okay?

The term “mutual abuse” has been swirling around of late—thanks to the televised train wreck that was the Johnny Depp-Amber Heard defamation trial. Basically, the couple’s marriage counselor, who’s a clinical psychologist, used the phrase to describe the dynamic of the famous pair’s relationship, at one point saying that Heard “gave as good as she got” in reference to abuse. (Those were apparently Depp’s words, not the psychologist’s.)

For many people in the psychological community—and survivors of domestic abuse—hearing a professional talk about abuse in this way was irresponsible at best and harmful and enabling at worst. Why? Because experts overwhelmingly pushed back on the use of the phrase “mutual abuse,” calling it both problematic and flat out wrong.

The use of this term can be extremely offensive as well as mischaracterize what actually happens in an abusive relationship. Here’s why it’s harmful.

What Is Mutual Abuse?

Going deeper into the purported definition of this phrase can help people understand why it’s problematic. The term is used to characterize both people in an abusive relationship as perpetrators. Typically, people who are suffering from abuse will use the term to excuse their partner’s behavior as a coping mechanism. Or, the person who is being abusive will use it as a way of deflecting blame from their actions.

However, abuse is defined by an imbalance of control and power within a relationship. Even if both people involved are engaging in toxic behavior, one person typically has the upper hand and is the instigator of abuse. This is what makes a relationship abusive: one person exercising their will over the other.

Why the Term Mutual Abuse Is Harmful

Among domestic violence experts, the term mutual abuse is not only a myth but a harmful concept to perpetuate because it falls into the realm of victim blaming. The Heard vs. Depp case isn’t the first high profile one to highlight a victim’s accountability. (The O.J. Simpson and Nicole Brown Simpson murder case did the same.) Sadly, it likely won’t be the last case to do this either, especially if terms like mutual abuse continue to be used incorrectly.

According to Ruth Glenn, president and CEO of the National Coalition Against Domestic Violence, within every abusive incident between two people, there’s always a “primary aggressor,” she tells NBC News. (Glenn references the term “reactive abuse,” which is sometimes used in place of mutual abuse.)

Both of these phrases are problematic for the reason she outlines. The person being abused is not the initiator. They might be defensive. They might act out as a reaction to being abused. But they are not trying to control their partner or wield power over them. In anything, a person who is reacting to an abusive person is trying to get the abuse, violence and control to stop.

When phrases like mutual abuse (and reactive abuse, for that matter) are misappropriated, they end up harming victims and minimizing the gravity of their situations.

Decoding the myth of mutual abuse

So if it’s not mutual abuse, or reactive abuse, what is really going on? According to the National Domestic Violence Hotline, the myth of mutual abuse lies in the following three criteria which designates an abuser from someone who is being abused—or trying to survive abuse—in their relationship.

Abusers aren’t engaging in self defense

People who are abusive act this way to gain power and control over a situation or another person. Someone being abused may act out as a reaction to this abuse—for instance, if an abusive partner is blocking a doorway and preventing their partner from leaving, that person may need to use physical force in order to get by and find safety.

While it’s not healthy to scream back at someone or use violence, people who are being abused may need to resort to these actions when their physical safety is at risk or if they are pushed to their mental breaking point. Self defense is not abuse. That’s worth repeating. Self. Defense. Is. Not. Abuse.

Victims of abuse may reframe their situations as mutually abusive out of self-preservation or as a defense mechanism. To admit that they are suffering from abuse can increase their fear of their partners, as well as feelings of despair and loneliness from being within an abusive situation.

When abusive partners claim that their relationships are “mutually abusive” they are often trying to shift the blame from where it belongs (soley on them) to their partners. Abusive people don’t usually take responsibility for their actions—making excuses (“you made me do it”) and shifting blame are common tactics. This is a form of manipulation and abuse in itself.

When a person who is being abused believes that they are also at fault this leads to them thinking they are responsible for their own abuse and even that they deserve the treatment they are getting. This further subjugates a person being abused and allows the abuser to exercise even more control.

Another key difference between someone who is abusing and someone who is being abused is that the former isn’t usually looking to change the status quo. The person being abused wants the abuse to stop. Abusive people rarely seek help—they might fall into a pattern of trying to make up for their behavior temporarily only to continue the cycle of violence but breaking free of that cycle isn’t something they will typically initiate.

Getting Out of an Abusive Relationship

Mutual abuse simply isn’t a thing. The power dynamics of an abusive relationship are one-sided by nature. Basically, ban this phrase from your vocabulary so that you’re not perpetuating harmful myths that minimize and discount the pain of people suffering in abusive relationships. Okay?
If you or someone you know is in an abusive relationship, help is just a phone call away. Call the National Domestic Violence Hotline at 800-799-7233, day or night. The hotline is available 24/7 in both English and Spanish with over 200 other languages through interpretation service.

Natasha Burton is a freelance writer and relationship expert who has written for Cosmopolitan, Maxim, Women’s Health, Livestrong and Brides, among other publications. She’s the author of What's My Type?: 100+ Quizzes to Help You Find Yourself―and Your Match!, 101 Quizzes for Couples, 101 Quizzes for BFFs and 101 Quizzes for Brides and Grooms, and the coauthor of The Little Black Book of Big Red Flags.