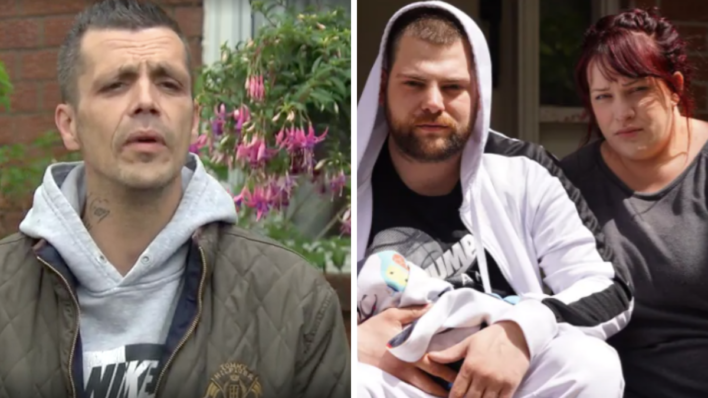 Brave Neighbors Save Mom And Baby From Staged Facebook Kidnapping

A mother has been left traumatized, but her baby is unharmed after her neighbors came to the rescue. Bear-maced in
By Joel Balsam    May 17, 2021

A mother has been left traumatized, but her baby is unharmed after her neighbors came to the rescue.

Ottawa’s Melissa Armstrong was in a Facebook group where people gave away free things for mothers — she said she’d received several things for her kids this way.

So when she got a message from an average, “suburban-looking” woman who said she had a free basket of stuff to give away for Mother’s Day, Armstrong didn’t hesitate.

But when she got to the door, the woman immediately sprayed her in the face with a liquid. Armstrong thought it was water and the woman was pulling a prank, but then Armstrong started to feel burning.

“I got bear-maced in the face,” Armstrong told CBC.

‘Why would you do this?’

When the burning started to pierce Armstrong’s eyes, nearly blinding her, she could hear the woman at the door saying, “Why would you do this?”

The attacker then tried to grab for Armstrong’s son Mason.

Armstrong recalled asking, “What are you doing?” To which the woman responded, “I’m taking it home.”

It turned out the woman thought that she was the baby’s real mother.

So with her eyes burning, and the feeling that her C-section was being ripped apart, Armstrong started to wrestle the attacker, but she managed to break away and flee.

Neighbors to the rescue

Armstrong started screaming for help and banging on the neighbors’ doors. Fortunately, Bobby Emmerson and his 14-year-old son heard her cries.

Without stopping to think, Emmerson and his son started running after the woman and the teenager managed to spot the woman.

Once confronted, the abductor put the baby on the ground as the teenager took it away to safety. Meanwhile, Emmerson made sure the woman didn’t leave as police arrived to arrest her.

“It was scary,” Emmerson said. “It was just a moment that no one would ever experience in their life.”

The teen’s mother, Christina Feher, was very proud of her son.

“I don’t know how many 14-year-olds you know would be brave enough to do what he did, but he was and he did, and he followed his father until that girl was in handcuffs,” she said.

The kindness of neighbors

Police ended up arresting the attacker, who faces 10 charges, including abduction and assault with a weapon.

As for Armstrong, she said the incident left her traumatized and unsure if she’ll ever be comfortable going to someone’s door to pick up free items.

The baby’s father, Nicholas Freda, said he was grateful to the neighbours for rescuing his son.

“I went into tears because I was happy he was back. All that kept going through my head was why us,” Freda said.

What a horrific experience for any mother. But putting the inhumanity of the attack aside for a moment, it’s inspiring to think that neighbors would immediately jump to the rescue like Emmerson and his kids did. Who knows what would have happened if the woman managed to get away in the car?

All this goes to show that even as many of our communities aren’t as close as they used to be, we can still rely on strangers when we really need them.