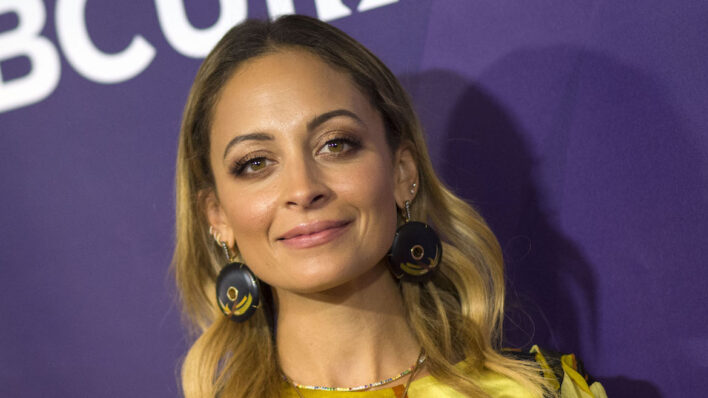 Nicole Richie was known to the public as a national party girl alongside her friend Paris Hilton. Behind the camera, she evolved into an inspiring mother.
By Maya Khamala    May 7, 2020

Nicole Richie was known to the public as a national party girl alongside her friend Paris Hilton. Behind the camera, she evolved into an inspiring mother.

Nicole Richie, 38, has turned her life right around in recent years and I happen to think it’s worth some notice. Personally, I’ve never been so into the ‘television personality,’ but that’s exactly the persona that Richie embodied in her rise to fame back in the early 2000s.

Although you probably know her best for her role in the Fox reality television series The Simple Life, in which she starred alongside her childhood bestie and fellow socialite Paris Hilton, she’s also a fashion designer, author, and actress. But many of us know her first and foremost as a bonafide train-wreck.

The adopted daughter of award-winning singer-songwriter, Lionel Richie, Richie grew up in the spotlight and lived an uber privileged Beverly Hills life. But she recognized her upbringing might have had a little to do with her past behaviour.

“Their way of making me happy was to say, ‘yes,’ to everything I wanted, but I don’t think a little girl should have that much freedom,” said Richie in an interview with Vanity Fair.

In another interview with Diane Sawyer in 2007, Richie explained, “I kind of took matters into my own hands and was creating drama in a very dangerous way. I think I was just bored, I had seen everything—especially when you’re young, you just want more.”

A ‘trainwreck’: Nicole’s struggle with addiction

In Richie’s case, the freedom she had from a young age led to excessive drug experimentation in her teens, which in turn led to severe alcoholism, and struggles with cocaine and heroin addiction in her early twenties.

Unsubstantiated rumors that she also had an eating disorder during this time were rampant, due to her frail, underfed appearance. Along with all of this, she had a reputation for nonstop partying, and was embroiled in a number of high profile legal issues around this time.

For instance, in 2002, she was arrested after a fight in a New York City nightclub. Then, in 2003, she was arrested in Malibu for possession of heroin and driving without a license. Following the latter incident, she checked into a treatment centre and was sentenced to three years probation. Nonetheless, she was arrested yet again in 2006 for driving under the influence. It was at this point that she admitted to using Vicodin and marijuana before getting behind the wheel.

Where there’s a will, change is possible

In Richie’s case, it seems that her own will to change, coupled with her relationship with singer Joel Madden (which started in December 2006), and her subsequent first pregnancy were exactly the combo she needed.

With regards to her frail appearance, in 2006, she told People, “I started seeing a nutritionist and a doctor. I was scared that it could be something more serious.”

In 2007, Richie, four months pregnant at the time, sat down with Diane Sawyer to talk about how she decided to change her ways and get off drugs.

I, again, made the decision for myself, this is something I have to do. I have to get off drugs. This isn’t the life… this was heroin.

Before Richie and Madden got hitched in 2010, they already had two beautiful children, daughter Harlow Winter Kate Richie-Madden, and son, Sparrow James Midnight Madden, born in 2008 and 2009 respectively.

But the couple’s wholesome good vibes extend beyond their own family of four: together, Richie and Madden created “The Richie Madden Children’s Foundation.”

With the help of Joel’s brother, Benji, and UNICEF, the pair held a fundraiser in 2009 where they sold 143 water pumps to bring water to villages in need and raised $100,000. Since then, they have continued to help different organizations, including those serving homeless families and children. One might venture to say that Nicole Richie has changed for the better.

Indeed, some of us who lack a stable family environment and healthy limitations as children can still cultivate it as adults.

Although Richie is a busy woman—she’s a successful jewelry designer and entrepreneur, for one thing—today she puts being a mom at the top of the list.

She opted to skip the 2019 New York Fashion week (something the old Richie would never have done) so she could be with her kids at the start of their back to school season.

“I’ve got first week of school stuff to attend to. I volunteer there. I’m all in,” Richie explains.

She swears by meal prepping to help mitigate the chaos of being a busy mom, insisting it has changed her life. She also gives a shout out to her big family—including Joel’s brother Benji Madden and his wife Cameron Diaz, whom she says, helps care for the kids. “It takes a village,” she says.

Most poignantly indicative of Richie’s transformation, perhaps, is the fact that although she grew up in the public eye as the famous daughter of Lionel Richie, she makes sure to keep her own kids out of the limelight, taking care not to share photos of her kids on social media.

My past is out there. I have no choice but to be honest. I mean, it is what it is. What I can do is use that experience as a tool for when my kids get older. They know that people have died from drugs because they go to school and it happens.

Nicole Richie to You Magazine

But she vows to use her past as a way to steer her children away from drugs.

When Richie herself was struggling, she didn’t have the luxury of doing it in private, which to her, turned out to be something of a blessing in the sense that she knew people were judging her ability to either sink or swim.

“I think getting into trouble and going through everything in the public eye was good because if I had cleaned up without anyone knowing, maybe I would have figured out how to slip back into it.”

Richie’s story is a tale of personal transformation and recovery when we most need it. Her experiences are a testament to this unyielding truth: no matter how far gone you think you are—whether its substance abuse, an emotional addiction, or a behavioral problem you’ve identified in yourself—it is always possible to change one’s mind, one’s heart, and ultimately, to shift one’s centre.

If you want to, you can switch your setting from self-destruction to self-preservation, and one day, even self-love, and a love for others.