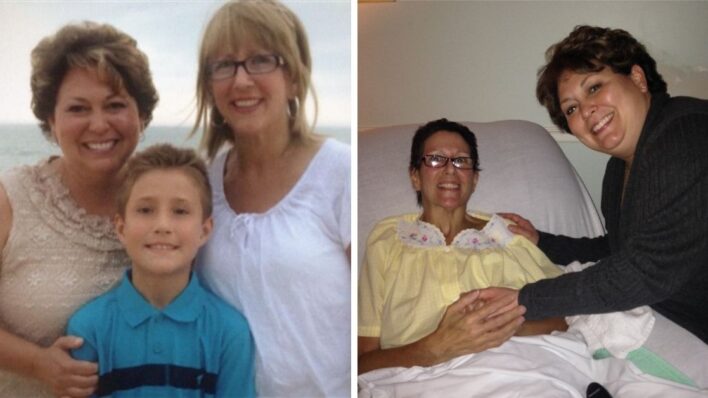 After Tricia Somers was told her cancer was terminal, she turned to the only person she felt she could trust: her oncology nurse, Tricia Seaman.
By Kawter    October 21, 2020

After Tricia Somers was told her cancer was terminal, she turned to the only person she felt she could trust: her oncology nurse, Tricia Seaman.

Tricia Somers was given a terrible diagnosis: she had terminal liver cancer. The dreadful news left her with one main worry: who would take care of her 8-year-old son, Wesley?

Tricia was a single mother, and had no family that could take care of Wesley. Her own parents had already died. The only person she could turn to was her favourite nurse, who also shared her first name, Tricia Seaman. She trusted Seaman with all her heart.

She felt a strong connection with her carer

Somers described her oncology nurse at PinnacleHealth Hospital in Harrisburg, Pennsylvania as “an angel.” The two had developed a bond, as the late Tricia was undergoing her numerous tests. Somers always felt safe under her care.

I just felt comfort. It was almost like someone just put a warm blanket on me. I’ve never felt anything like that before.

When she learned that her cancer was terminal, Nurse Seaman was the one person she felt she could trust with the care of her son. The dying woman decided she would make her special request on the last day at the hospital, before she was discharged.

On that day, when the nurse visited Somers, she asked the fateful question.

Tricia looked at me and said, ‘When I die, will you and your husband raise my son?’

Tricia Seaman in US Weekly

At first, the nurse was taken aback

Seaman was understandingly shocked by the request and urged Somers to think more carefully about the plan. After all, they had only known each other for about 10 days.

“I didn’t know what to say in that moment,” said Seaman. “I told her I was flattered enough [that she] asked me. I said to her, ‘Why don’t you take a little time with this.’ … I was trying to be very diplomatic, everything in me said was saying ‘Yes I’ll do it.'”

But Somers was convinced in her heart that Seaman was the one person she could trust.

She opened her home and her heart

When Seaman told her husband Daniel about the idea of adopting Wesley, he simply responded with “We need to do something to help this lady.”

As Somers’ condition deteriorated, the nurse knew she had to do more than just adopt her child.

“Tricia was having trouble walking, she could barely move, and that was when we made arrangements to bring her here to our house,” Seaman tells Us. “That way she didn’t have to worry about trying to get food for Wesley, or worry about what medicine was due for herself. We took care of all of that.”

So Tricia Somers moved into Seaman’s house. Seaman and her husband were already parents to three teenage girls and a 10-year-old son. They had been in the process of becoming foster parents and had just been approved to be adoptive parents.

“He’s so fun. He’s so his mom. I mean, she was just so larger than life,” says Seaman, 43. “She and I had opposite personalities. I remember one time we were talking about our dating histories. Hers was very colorful, and mine was very boring. I was like, ‘I dated this person and that person and then I met Dan and we got married and had a family.’ She goes, ‘Is that it!? Well, that’s about as exciting as paint drying.’”

She will never forget Tricia

Seaman eventually wrote a book titled God Gave Me You about the patient who changed her life forever. Even if she is gone, her patient will always be with them.

“Tricia’s a part of our lives and always will be,” Seaman tells Us.

Even though she’s not here with us anymore, we sure didn’t lose, because knowing her and having the privilege to raise her son, what a gift. We’re just so much better for knowing them both.