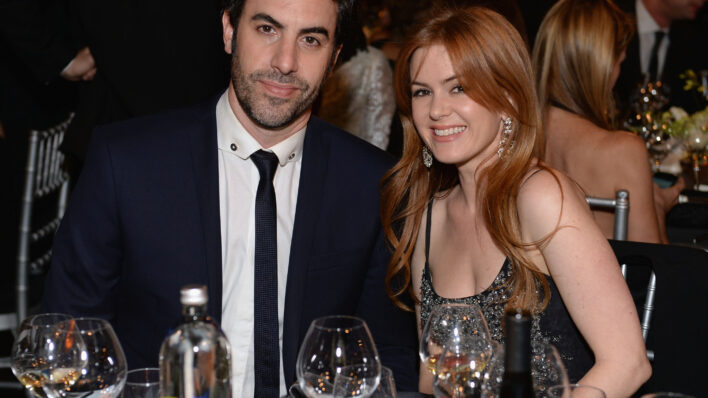 Welcome to #RelationshipGoals, where we’re giving the stage to the power couples we admire. From admirable long-term relationships to inspirational
By Matt Valentine    February 14, 2019

Just after the release of her first major feature-film, Scooby-Doo, in 2002, Isla Fisher attended a party in Sydney, Australia.

And, as fate would have it, a very peculiar character was visiting the very same party that day: the one and only Sacha Baron Cohen, at the time riding high off his fame starring as his character Ali G in the feature film Ali G Indahouse.

Shortly after, the two began dating and just two years later were engaged to be married.

But it took the next two years before the couple would be wed, which involved a big decision on Fisher’s part: converting to Judaism, Sacha’s religious upbringing.

“I love the focus on family, food, and laughter,” she says of the Jewish tradition. “You know, I didn’t get to go to university because I’ve been acting since I was a kid. So, for me, studying theology was also fascinating. I love Judaism,” she said in an interview with The Express.

For two years, Isla studied Judaism intensely before they finally wed in Paris shortly after Fisher’s conversion in a quiet ceremony in 2005.

In fact, the ceremony was so small that only six people were placed on the guest list.

“It [was] very important to me to have a beautiful ritual celebrated with my family and friends. And when you are in the public eye, to keep that private and to make it happen without it being really visible is really difficult,” said Fisher on keeping their wedding ultra-private.

Fourteen years later, the couple now has three children — two daughters Elula and Olive and son Montgomery — and is going as strong as ever.

But splitting their time between London and Los Angeles isn’t easy.

“Juggling a family in LA isn’t easy,” says Fisher, now 43. “There’s not really a culture of bringing your kids to dinner parties or to restaurants past 6pm. I tend to entertain at home because I want to be with my family – it’s easier to put your kids to bed and have a wine with friends.”

As both parents and A-list actors, Sacha and Isla always keep their kids’ privacy, protection, and well-being the number one priority.

“I’m lucky enough to be able to stay at home and be with my family,” says Fisher. “I used to devour every script, but now I’m focused on my family life, which has brought me so much satisfaction in a deep way.”

But despite the devotion to their children, they always manage to find time for each other.

“Someone early on told me you have to have a date night every week and that is the best bit of advice I was ever given. I think it’s really important on that date night to talk about things other than the kids,” she says, laughing. “It’s really hard…Honestly, I think communication is everything.”

“My husband only makes a movie every three years, so we’re together all the time,” she says.

Most recently, they worked together for the first time on Louis Leterrier’s comedy Grimsby alongside Penélope Cruz and Mark Strong.

Being married to Sacha Baron Cohen isn’t easy, as anyone would guess.

As the face behind countless iconic satirical characters over the past two decades such as Ali G, Borat, and Brüno, Baron Cohen is not only famous but famously disliked for portraying controversial personas and tricking unsuspecting volunteers in his signature faux-documentary style.

After tying the knot, Baron Cohen played Borat in his self-produced 2006 film and 2009’s Brüno, both controversial in their own right. Each film and Sacha’s consequent publicity appearances as each character attracted heaps of negative attention. And, in some cases, even death threats.

Speaking on what a regular day was like being married to the man behind such sensational characters, Fisher told Telegraph, “Instead of asking, ‘Are you going to pick up the dry cleaning?’ I’d ask, ‘Are we getting sued by somebody?’ or, ‘Is there a warrant out for your arrest?’”

Fortunately, Baron Cohen doesn’t bring his characters home at the end of the day. “Oh my gosh, no,” Fisher said when asked. “That would make life challenging. But he brings them home visually. I’ll see a handlebar moustache when he’s doing Borat, or he’ll have the blonde streaks from Brüno, his gay fashionista character.”

Despite the negative attention Baron Cohen’s characters have attracted over the years, the two seem unbreakable, laughing their way through it all.

“It’s amazing,” said Fisher when asked about her marriage to Sacha. “It’s like winning the lottery, having a good partner.” 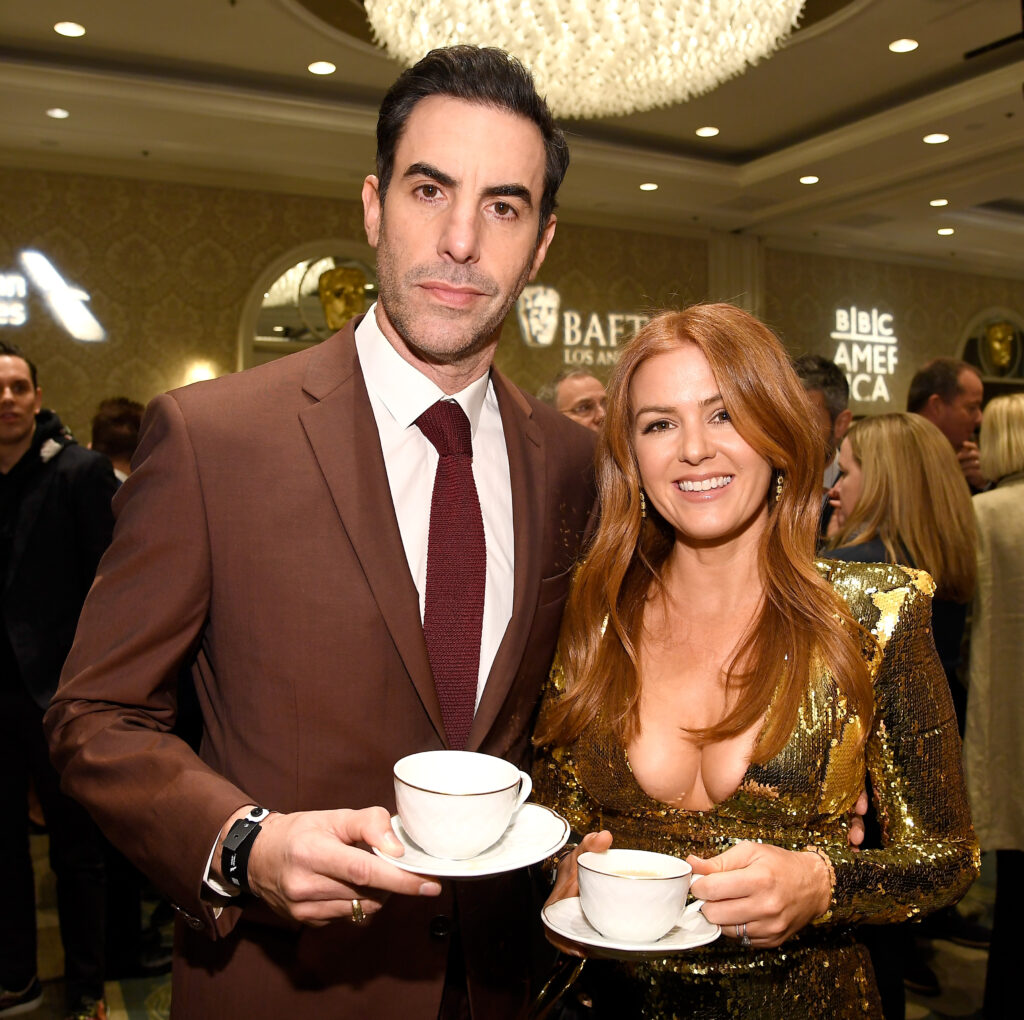 Fisher, who recently co-starred in the big screen comedy Tag with Jeremy Renner about a real-life game of tag that spanned three decades, and Baron Cohen who premiered his latest work, Who Is America?, on Netflix at the end of 2018, each continues to work.

However, their dedication to their family and to each other, remains second to known, proving that fame doesn’t have to conflict with love.

“Choosing to be together every day is incredibly romantic. I love marriage. I think it’s a wonderful institution and it’s the most important decision you make,” said Fished when interviewed by Australia’s Sunday Telegraph. “Life is filled with highs and lows, and you have a best friend to share it with you.”