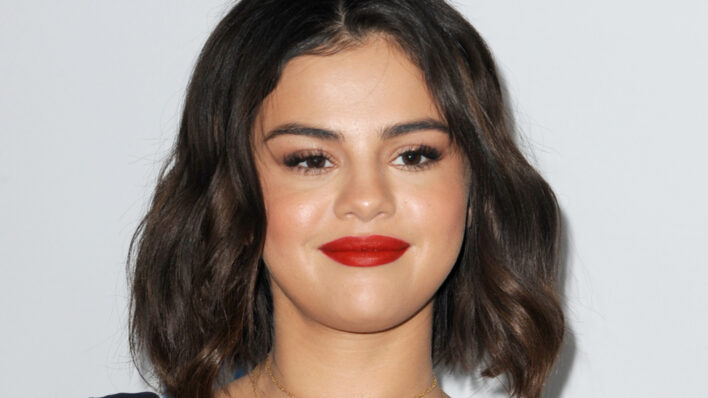 Selena Gomez Thanks Taylor Swift in Heartfelt Speech, Makes Us Want to Run and Hug Our Closest Friends

Kicked off earlier this month, Taylor Swift’s “Reputation” Tour is delivering epic moments one after the other, from the fabulous
By Eliza Theiss    May 22, 2018

Kicked off earlier this month, Taylor Swift’s “Reputation” Tour is delivering epic moments one after the other, from the fabulous costumes to high-energy choreography and heartfelt moments.

While it’s usually Taylor delivering emotional speeches of gratitude to her loyal fans, her May 19th stop at Pasadena’s Rose Bowl saw the pop queen surprised by none other than BFF Selena Gomez.

I’m grateful for those I surround myself with. And this woman right here happens to be one of my favorites. Love our tradition and I love you.

Delighting fans with a surprise duet, the two pop icons sang Taylor’s Hands to Myself, cheered on by 60,000 fans. After the performance, Gomez turned to the audience to speak of her love of Swift and the gratitude she feels for having such a remarkable friend.

I have to say thank you to my best friend of 12 years, almost 13. The reason why she has been one of my best friends is because this person has never, ever judged a single decision I’ve made.

She’s always met me where I’ve been, she’s encouraged me when I’ve had nothing to be encouraged about. I don’t know if I’d be as strong as I am if I didn’t have you or your family, because you’ve changed my life. Selena Gomez

Visibly stunned, Swift looked at her friend not knowing what was happening, smiling as an emotional Gomez thanked the audience for supporting Swift. Describing Swift as “one of the most beautiful, strong, independent women I’ve ever met,” Gomez ended her speech with an over-the-top bow, as Swift went in for a giant hug.

To the person I could call at any time of day, who has been there no matter what… you absolutely KILLED IT tonight and everyone was so excited to see you. I love you, and 60,000 people at the Rose Bowl loved you too. @selenagomez ?: @Polkimaging @GettyEntertainment

After the two stars left the stage, they continued expressing their mutual love and gratitude on social media. Considering how often the media and society pits successful women against each other, speaking of backstage cattiness and ridiculous beefs, it’s refreshing to see an unscripted and pure expression of true female friendship.

No competition, just absolute support and love. Following the challenges of the recent past, Gomez has made a point of expressing her appreciation for true friends – like when she broke down into tears in December when accepting her Billboard Woman of the Year award, thanking close friend Francia Raisa for saving her life.