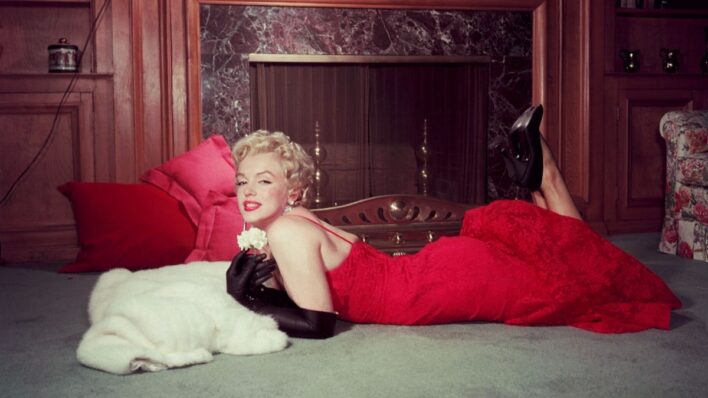 58 Sex Quotes & Sexual Captions to Share with Your Partner

Some of us can easily and openly talk about sex at any given moment, but others are still not comfortable with it, and still believe that talking about sex is totally taboo.

At the end of the day, no one has to talk about their personal sex life – that’s why it’s called intimate. But, as adults, we should be able to mention the word without blushing or fear that we’re going to be severely judged by others.

When it comes to communicating with your partner, openness is important, and you don’t have to talk about hot, dirty sex – or what some might consider an “unnatural sex act” – to be open. Talking frankly about sex can do wonders for your relationship. And if it doesn’t need any improvements, we’ve prepared some funny sex quotes that you could send each other and have a good laugh.

Here are 58 sex quotes and sayings to share with your partner:

“Intimacy between the husband and wife is one of the characteristics of a healthy marriage.”

“There is no age limit on the enjoyment of sex. It keeps getting better.

“Sex is… perfectly natural. It’s something that’s pleasurable. It’s enjoyable and it enhances a relationship. So why don’t we learn as much as we can about it and become comfortable with ourselves as sexual human beings because we are all sexual?”

“Sex is not marriage, but sex is part of marriage.”

“That’s why the marriage bed is usually a pretty accurate picture of what else is going on in the marriage.”

“We are not here together just to make children, Elizabeth. What we’re going to do is sanctified by marriage. It’s an act of love – of love. Not merely of the flesh, but of the mind and even the soul. There’s nothing about it you shouldn’t welcome.”

“Getting married is easy, having sex is easier, but findings someone who can stimulate your mind and make love to your soul, that is rare.”

“The main problem in marriage is that for a man sex is a hunger like eating. If the man is hungry and can’t get to a fancy French restaurant, he goes to a hot dog stand. For a woman, what is important is love and romance.”

“There is a correlation between the number of days since a man last had sex, and, the number of things that he is willing to do for a woman.”

“Done well, marital sexuality can be a supremely healing experience.”

“Sex lies at the root of life, and we can never learn to reverence life until we know how to understand sex.”

“We don’t ask when people age out of singing, or eating ice cream; why would we stop making love?”

When you’re in love, sex helps you reach a whole new level of intimacy with your special someone. When done right, it can be fun, but when it’s done with the right person, it can be amazing.

Being intimate with someone you love and that has sex appeal makes you discover a completeness that you’ll never get from random hookups.

Check out our list of sex quotes about love, and make sure to share them with your romantic partner:

“When sex involves all the senses intensely, it can be like a mystical experience.”

“Sex without love is as hollow and ridiculous as love without sex.”

“Love is an ice cream sundae, with all the marvelous coverings. Sex is the cherry on top.”

“And yet another moral occurs to me now: Make love when you can. It’s good for you.”

“Sex is about the quality of your entire love life, not the intricate alignment of your bodies.”

“Billions of people have had sex. I don’t know how many have actually made love.”

“I am not saying renounce sex, I am saying transform it. It need not remain just biological: bring some spirituality to it. While making love, meditate too. While making love, be prayerful. Love should not be just a physical act; pour your soul into it.”

“To have her here in bed with me, breathing on me, her hair in my mouth — I count that something of a miracle.”

“The physical can be awfully fun. But if we see sex only in the physical realm, we miss out on the potential sex has. We degrade it to be far less than it was created to be.”

So many authors, philosophers and artists have had some really interesting points of view regarding sex. Some will probably make you raise an eyebrow, some will make you laugh, and some are pure wisdom.

Here’s our list of popular sex quotes that’ll make you change your perception about love making:

“Sex is the driving force on the planet. We should embrace it, not see it as the enemy.”

“We are all born sexual creatures, thank God, but it’s a pity so many people despise and crush this natural gift.”

“Tell me what a person finds sexually attractive and I will tell you their entire philosophy of life.”

“Everything in the world is about sex except sex. Sex is about power.”

“The sexual embrace can only be compared with music and with prayer.”

“Sex is as important as eating or drinking and we ought to allow the one appetite to be satisfied with as little restraint or false modesty as the other.”

“In my sex fantasy, nobody ever loves me for my mind.”

“I have no objection to anyone’s sex life as long as they don’t practice it in the street and frighten the horses.”

“An intellectual is a person who’s found one thing that’s more interesting than sex.”

“Sex is about anticipation not culmination.”

“I had a feeling that Pandora’s box contained the mysteries of woman’s sensuality, so different from a man’s and for which man’s language was so inadequate. The language of sex had yet to be invented. The language of the senses was yet to be explored.”

“Everybody says sex is obscene. The only true obscenity is war.”

“Sex is not only the basis of life, it is the reason for life.”

Of course, not every sex quote or saying has to be profound or alluring. Like sex itself, they can be a little dirty. OK, a lot dirty.

Here are a handful of quotes that get the point across without crossing the line between “dirty” and downright “filthy.”

“Sex is an emotion in motion.”

“The best time of day for sex is anytime because it’s sex.”

“The only unnatural sex act is that which you cannot perform.”

“Sex is like money; only too much is enough.”

“Is sex dirty? Only when it’s being done right.”

“Good sex is like a good bridge. If you don’t have a good partner, you’d better have a good hand.”

Everything can be funny within the right context, including sex. You’ll find that you’ll be more comfortable with the word and the act itself when you are able to make sex jokes or at least laugh at them. Also, if someone enjoys a funny sex saying it doesn’t mean that they are vulgar or obscene. It just means that they have a great sense of humor.

So unclench a bit and laugh with us at the funny sex quotes we’ve handpicked for you.

“Women may be able to fake orgasms, but men can fake whole relationships.”

“Physics is like sex: sure, it may give some practical results, but that’s not why we do it.”

“There’s nothing better than good sex. But bad sex? A peanut butter and jelly sandwich is better than bad sex.”

“If you don’t laugh during sex at least once, you’re having sex with the wrong person.”

“No woman gets an orgasm from shining the kitchen floor.”

“Some things are better than sex, and some are worse, but there’s nothing exactly like it.”

“Sex and golf are the two things you can enjoy even if you’re not good at them.”

“I believe that sex is one of the most beautiful, natural, wholesome things that money can buy.”

“I don’t have a dirty mind. I have a sexy imagination.”

“Sex is like air; it’s not important unless you aren’t getting any.”

“I’m at the age where food has taken the place of sex in my life. In fact, I’ve just had a mirror put over my kitchen table.”

“Sex between a man and a woman can be wonderful, provided you can get between the right man and the right woman.”

“It isn’t premarital sex if you have no intention of getting married.”

The Best Love Quotes for Him and Her