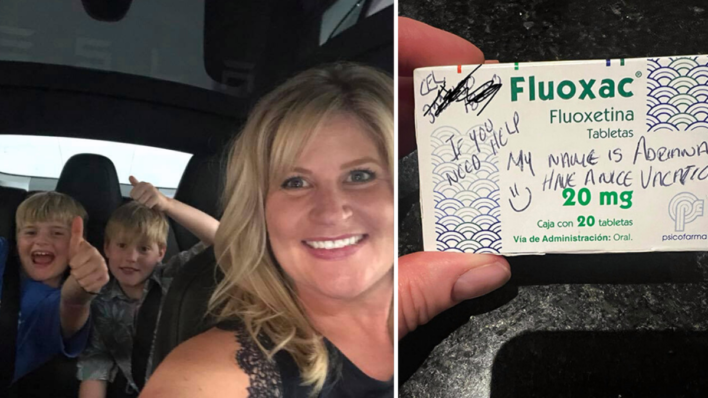 After forgetting her son’s important medicine at home after heading on vacation, one woman’s calls for help turned into a heartwarming story of kindness.
By Sophie Babinski    June 3, 2022

After forgetting her son’s important medicine at home after heading on vacation, one woman’s calls for help turned into a heartwarming story of kindness.

Traveling is stressful enough without having to worry about packing important medication for sick family members. One Canadian mother, Kirsten Marten, whose children have health problems that require medication, understands this fact more than ever.

What should have been the beginning of a relaxing Mexican vacation started on a stressful note when she realized she had forgotten her youngest son’s medication back in Canada.

As soon as Kirsten realized she had forgotten her son’s medication, she decided to turn to a mom’s group on social media. She posted in the hopes that someone would be headed from British Columbia to Mexico the next day and would be able to bring the family what they so desperately needed.

RELATED: Single Mom and 4 Kids Stranded in the Rain Saved by an Unlikely Hero – Who Makes a Powerful Request

It took only a matter of hours for their problems to be solved. Marina Miller, who suddenly became a mother at 25 when she adopted her five younger siblings, saw Marten’s plea and decided to act.

If you can be helpful, be helpful and if you can’t, stand back for someone who can. We have to, as people, understand it’s action that makes change.

Marina was up at 5 a.m. to help Kirsten out, and she had the medication waiting for the Martens at their hotel in Mexico before they even arrived. As soon as her act of kindness was completed, Marina forgot about it and went on with her day, that is, until she signed on to social media and found an expression of gratitude that stunned her.

How a Mother’s Quick-Thinking Saved Her Fellow Mom

Kirsten posted on social, thanking Miller: “‘Marina Miller – someone I’ve never met, let alone spoken to, reached out immediately and in a matter of minutes not only had me sorted out but had the medicine arrive at our hotel when we arrived and paid for it all herself! Her act of kindness left this exhausted and overwhelmed mom welling and filled up with love and set our trip off on the right foot.”

RELATED: Mom Notices UPS Driver Leave a Message on Her Door Cam – What He Said Changed both Their Lives

No matter how effusive Kirsten was, Miller insists she didn’t do anything out of the ordinary; she just did what was right.

People shouldn’t be shocked at what I did.

It takes a village to raise a family… and even go on vacation! We must always remember that small acts of helpfulness and kindness may not be much to us, but they can change the lives of the people we help, in fact they can even save lives!