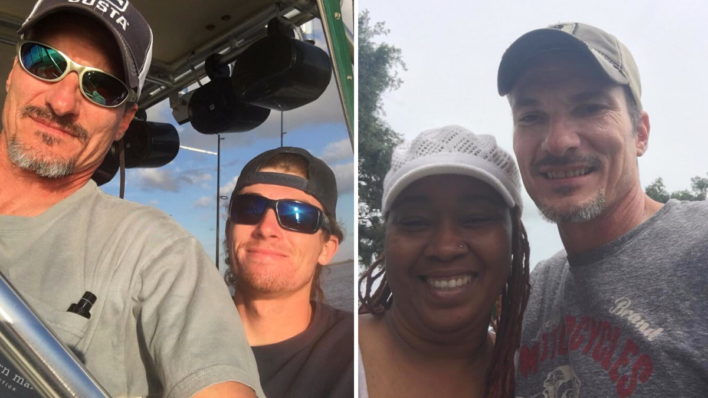 One father’s love for his son inspired a stranger he just met to do something incredibly kind.
By Lindsey Staub    June 8, 2022

One father’s love for his son inspired a stranger he just met to do something incredibly kind.

One of Rob’s proudest moments was his son Cole’s graduation. Even though he wanted to enjoy every moment of the day, from running errands to the celebration at night, he didn’t expect a routine trip to the bank would make the day even greater.

At age 18, Cole was graduating from high school, and his father Rob could not be prouder. Rob loves his children more than anything, with fishing seeming to be a close second.

On the day of Cole’s graduation, Rob went to the bank. He held the door for the woman behind him as he went inside, insisting she go first.

“By all means go in front of me. Today my son graduates. I’m slowing down and want to savor every minute,” Rob told the woman.

The two then struck up a conversation about raising an 18-year-old before both the woman and Rob went to separate windows.

Just before the woman left, she whispered something to Rob.

“Congratulations, I’m so happy for you,” she said. Rob thanked her.

What the Mystery Envelope a Stranger Gave One Dad Contained

He did not notice anyone touching his belongings, but by the end of the transaction, he found an envelope slipped onto his wallet while it was sitting on the counter. When he stepped away from the window, he saw that inside the envelope was a $50 bill.

“I was floored. I rushed out of the door and looked for the woman. Far off in a car I see her,” Rob said.

RELATED: Dad Witnesses 10-Year-Old Daughter Being Hit By A Car- Immediately Reacts In An Unexpected Way

Rob chased after the car. When he finally caught up with it, he told her that he couldn’t take her money.

“When you talk about your boy, YOU GLOW. Your’e a blessing to him, I want to bless him too,” she said.

How a Stranger Proved the Importance of Supporting Others

Rob later posted about the incident on his social media, hoping that sharing the story would inspire similar generosity in others.

“I was so touched. I don’t know her name, I’ve ever seen her before. But I will never forget her love. I asked to take a picture with her. And hugged her neck. We need more of this in the world today. Not the money. But kindness,” Rob wrote.

RELATED: Guests Taken By Surprise When Dad Walking Daughter Down The Aisle Suddenly Stops And Does This

The love a father has for his child and the kindness of a stranger came together to create a beautiful moment that Rob, the woman, and Cole will never forget. All acts of love and generosity make a positive impact on the recipient and those who see it, so perform an act of kindness today.