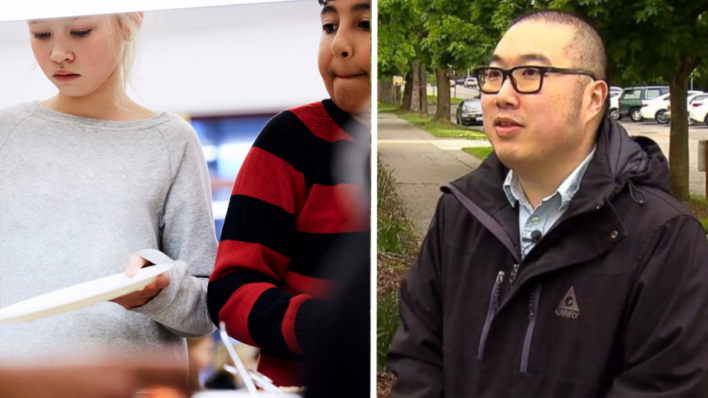 A father of three started an initiative that ended up helping students in more than 90 schools in the city of Seattle.
By Joel Balsam    January 27, 2022

A father of three started an initiative that ended up helping students in more than 90 schools in the city of Seattle.

According to the nonprofit Feeding America, 1 in 6 children go hungry across America.

This can manifest itself as a child going to school without breakfast or whose parents can’t afford to buy their lunch.

When Jeffrey Lew heard about how students can be denied lunch- or even humiliated- if their parents don’t keep up with payments, he was appalled.

“[I was] reading up and watching the national media of the lunch shaming crisis- how other schools have tossed the lunch because a kid did not have enough money or stamped on the arm saying, ‘I owe lunch money,'” Lew told ABC News.

Just from hearing that news coverage it kind of broke my heart as a father. I can’t imagine having one of my children coming home from school saying, ‘Hey, I was denied lunch because I owed money.’

At Lew’s son’s school, there was an outstanding debt of $97.10- nearly $100 that could make the difference between a child going hungry or having a quality lunch as Lew said students who couldn’t pay would still get fruit and milk.

So, the father of three did something about it.

“I think parents are so busy in their work life and different things where they forget to send their children to school with lunch money…there could be parents that are in a tough financial situation that we don’t know about and can’t afford it,” Lew told ABC News.

We just don’t know what these kids or families are going through. No kid should go hungry regardless if they have money or not.

He set up a GoFundMe to pay the school’s lunch debt- but he didn’t stop there. In just five days, Lew raised over $23,000- enough to pay the lunch debt at 90 schools in Seattle. Even singer John Legend donated $5,000 to help further the cause. Since surpassing the original goal, Lew decided to raise $50,000 to erase the lunch debt in neighbouring districts.

The world is filled with injustices- we read about them on the news every day. And there are many, many things that stay the same. But sometimes, there are things we have the power to change.

This father noticed injustice in his community and took the necessary action to fix it. But then something extraordinary happened. One relatively small act of kindness ballooned into something bigger to the point that it got national attention.

It just goes to show that if you put your mind to helping others, even with a small gesture, it can make a huge difference.