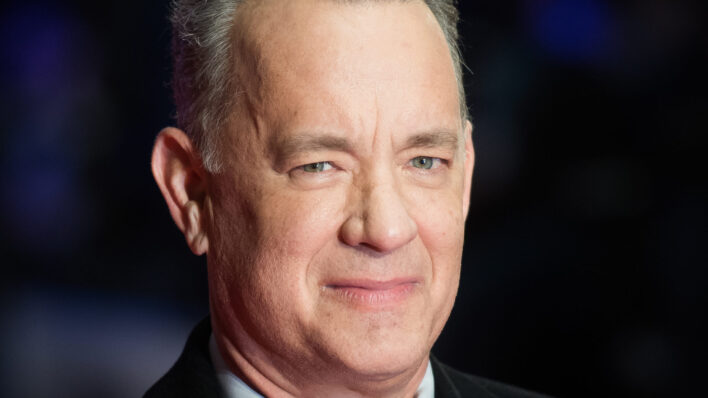 Hollywood’s “most likeable” actor, Tom Hanks, is well-known as an actor and filmmaker for his legendary roles in films like
By Matt Valentine    November 20, 2018

Hollywood’s “most likeable” actor, Tom Hanks, is well-known as an actor and filmmaker for his legendary roles in films like Forrest Gump and Saving Private Ryan.

However, he’s recently jumped into the author’s seat with his first book, “Uncommon Type”, a collection of short stories all revolving around his “favorite object”: the manual typewriter.

But what are Tom Hanks’s favorite books? What stories have moved him and help make him the respectable, smart, and successful person he is today?

A hero is somebody who voluntarily walks into the unknown.

Ready to peer into the mind of one of Hollywood’s greats? Here are Tom Hanks’s nine favorite books:

A World Lit Only by Fire by William Manchester

Ever wondered what it was like to live in the Middle Ages?

This tale by William Manchester sets out to do exactly that and it does so with incredible detail, horror, and beauty as it takes you from the darkest of times all the way to the incredible inspiration of the Renaissance.
>> See it on Amazon.com

An Army at Dawn by Rick Atkinson

An Army at Dawn tells the story of the American and British armies as they fight to liberate Europe during World War II. And out from the rubble of this horrifying conflict arose commanders that would come to be legends in the West including in Eisenhower, Patton, and Rommel.

It’s an incredible depiction of what being in the thick of the worst war in human history was like.
>> See it on Amazon.com

1939: The Lost World of the Fair by David Gelernter

The World’s Fair was a legendary event held in New York City in 1939 when the world was on the brink of war. Did I say it was legendary?

However, despite how much this one event impacted the rest of the world, few know about it today. Why is that and exactly how did it change the world? You’ll hardly believe it if I told you, but that would be spoiling the story even so.
>> See it on Amazon.com

Stasiland tells the story of historical events that occurred just before WWII and unveils what life was like for those who resisted the growing power of East Germany’s communist dictatorship.

Like many of the stories on this list, the accuracy and vivid depiction of historical details is enough to warrant a read. However, the lesson it offers for us as human beings moving into a future which threatens to unearth similar beliefs and atrocious crimes, it’s a cautionary tale.
>> See it on Amazon.com

A Gentleman in Moscow by Amor Towles

A Gentleman in Moscow is a story set in post-WWI Russia about aristocrat Count Alexander Rostov as he’s sent to live locked away in a luxury hotel for the remainder of his life.

It follows Rostov’s curious journey in confinement as he explores what it means to live a life of meaning and purpose. The combination of setting and substance of the novel makes it a fascinating read.
>> See it on Amazon.com

What It Takes by Richard Ben Cramer

What It Takes is an incredibly interesting look into what it’s like to run for president.

For some that won’t be interesting at all. But for those fascinated with learning about how things work from the inside, or who are simply interested in U.S. history, this book can’t be missed.
>> See it on Amazon.com

Spies of the Balkans by Alan Furst

Spies of the Balkans is another WWII novel which occurs just as the war was escalating throughout Europe.

This one tells the story of events which occurred in the port city of Salonika, Greece in 1940. Just before Adolf Hitler invaded the Balkans. If you love WWII or war stories of any kind, stories of people who fought to protect peace, or thrillers this is a great historical drama.
>> See it on Amazon.com

Supreme City tells the story of 1920’s Manhattan and shows how it became the center of New York City during the Jazz Age.

It tells the story of entrepreneurs, media magnates, and other dreamers who together helped shape the New York that became so legendary in the West (and, even, throughout the world).
>> See it on Amazon.com

The Future is History: How Totalitarianism Reclaimed Russia

The Future of History is a cautionary tale about how Russia went from being on the verge of a new, freer and more democratic vision to reverting back to a totalitarian state within a single generation, crushing the dreams and aspirations of millions of young Russians.

But what makes this novel great is it’s not a historical recounting but is instead told through the eyes of four young dreamers who had hopes and ambitions of their own, each seeing their own dream die due to the events that transpired.
>> See it on Amazon.com