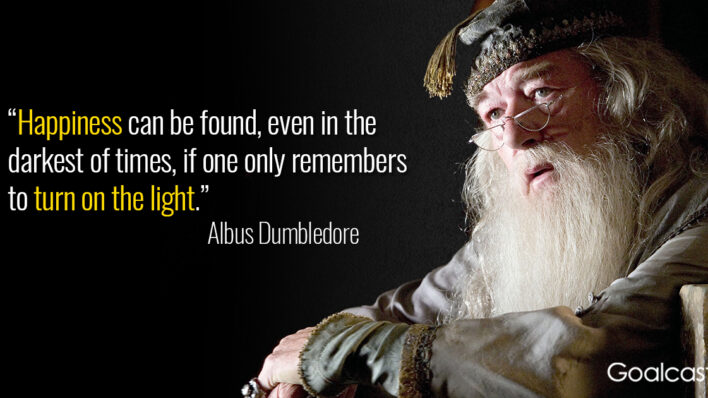 Albus Dumbledore, one of the most beloved characters from the Harry Potter series of fantasy novels, was the Headmaster of
By Flavia Medrut    January 24, 2018

Albus Dumbledore, one of the most beloved characters from the Harry Potter series of fantasy novels, was the Headmaster of Hogwarts School of Witchcraft and Wizardry and the most powerful wizard of his time. We were taken on a magical journey, from the very beginning with The Philosopher’s Stone, to The Half-Blood Prince, to the culmination of the series with The Deathly Hallows.

Due to his legendary power, Dumbledore was the only wizard that Voldemort actually feared. The prophecy said that Harry Potter will be the one to defeat the Dark Lord, but Dumbledore knew that the prophecy will only come true if Harry would be prepared enough when the time comes. So instead of overprotecting him, he let the child learn a few hard lessons on his own; he allowed Harry to confront his fears so he would grow into a brave young wizard.

The franchise gave us multiple memorable scenes – who can forget the emotional moment Harry yelled and cried when Sirius was killed. And throughout Harry Potter, quotes that teach us valuable lessons abound. Although Harry was the star and there are countless Harry Potter quotes worth remembering, the Headmaster had his fair share of wise words. He was a source of support and motivation for Harry and his friends throughout the story.

Among Dumbledore’s most memorable quotes is when he comforts Harry in saying, “You think the dead we loved ever truly leave us? You think that we don’t recall them more clearly than ever in times of great trouble? Your father is alive in you, Harry, and shows himself plainly when you have need of him.” Dumbledore believed that good lies in everyone, that second chances reveal the best in people, and that love is the greatest magic of all.

Here are 15 Dumbledore quotes to teach you some valuable life lessons:

We are only as strong as we are united, as weak as we are divided.

Happiness can be found, even in the darkest of times, if one only remembers to turn on the light.

Differences of habit and language are nothing at all if our aims are identical and our hearts are open.

It is important to fight and fight again, and keep fighting, for only then can evil be kept at bay though never quite eradicated.

Dark times lie ahead of us and there will be a time when we must choose between what is easy and what is right.

The truth… It is a beautiful and terrible thing, and should therefore be treated with great caution.

Do not pity the dead, Harry, pity the living. And above all, those who live without love.

It’s the unknown we fear when we look upon death and darkness, nothing more.

Words are, in my not-so-humble opinion, our most inexhaustible source of magic. Capable of both inflicting injury, and remedying it.

Numbing the pain for a while will make it worse when you finally feel it.

It does not do to dwell on dreams and forget to live, remember that.

The best of us sometimes eat our words.