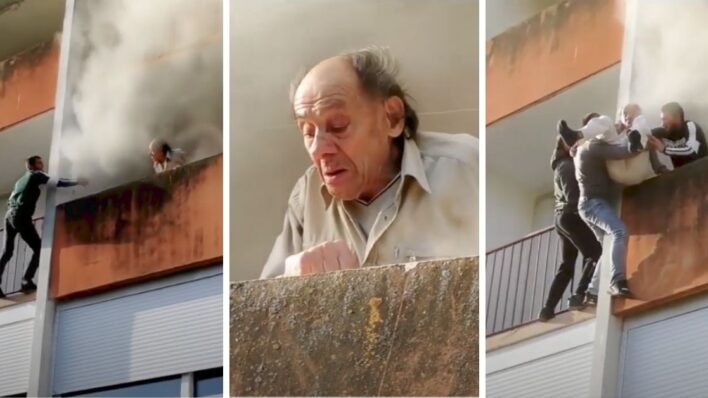 Two friends, Dombaev Dzhambulat and Ouloubaev Aslan, climbed a burning seven-story building to save an old man trapped in his balcony.

Two friends, Dombaev Dzhambulat and Ouloubaev Aslan, climbed a burning seven-story building to save an old man trapped in his balcony.

We often come across stories of everyday heroes–a state trooper giving his protective mask to a doctor, a woman getting a third job at a nursing home to stay close to her mother etc. And while these stories are absolutely heartwarming–don’t get us wrong!–there are some tales of everyday heroism that are nothing short of mindblowing.

This is the story of two friends who would give any Marvel superhero a run for their money–and this without any superpower.

The old man was caught with no way out

Back in April 2020, a fire of a voluntary nature started in a seven-story building located in Montereau-Fault-Yonne, France. The incident unfortunately caused the death of a mother and her three-year old daughter. The survivors were put through quite an ordeal.

One of the victims, an old man, was trapped in his balcony, surrounded by the smoke, with no way out. Fortunately for him, two brace superheroes were there to the rescue.

Dombaev Dzhambulat and Ouloubaev Aslan are two Chechen friends who have been living in France for seven and nine years respectively. When Dombaev saw the smoke from a distance, he walked closer.

“I was doing gymnastics in Square Beaumarchais when I saw smoke coming from a neighboring building,” Dombaev told Tellerreport with the help of his wife, who translates for him.

When he arrived there, he saw the carnage and heard the screams of the residents. He immediately wondered how he could help.

He found an ingenuous solution

He saw the poor old man who was trapped on his balcony, having difficulty breathing with all the smoke. “I’m scared, I’m scared, I can’t walk,” the old man told Dombaev.

With his friend Ouloubaev’s help, Dombaev figured out how to save him. “I then piled up trash cans and went up to him,” continues Dombaev Dzhambulat. Since the poor old man was too afraid to walk, Dombaev climbed into his balcony, braving the smoke and fire.

He then proceeded to extract him from the smoky balcony, taking him in his arms so he could be safe in the other adjacent balcony, as they wait for the firemen to arrive.

It’s not the first time he had rescued someone

“I saw an old person in the wrong and I did not hesitate to climb. I was not afraid because it is not the first time that I have rescued people, ” Ouloubaev Aslan said through his son.

And it was the same thing for Dombaev.

Everyone asked me the question, but I did not have time to be afraid, I had to go.

While Dombaev doesn’t consider his incredible actions to be heroic–for him, it was the normal thing to do–the residents warmly applauded the two men for their bravery.

The one thing Dombaev hopes for is to obtain his residency in France, where he has been working as a mechanic for years. “I’ve been dreaming about this for 7 years, all I want is to live as a simple person. “

We’re not all like Dombaev, but we can still make a difference

Yes, not all of us are capable of climbing a building on fire and carrying a victim in our arms across a balcony. But there are other ways in which we can save each other, when we see someone who needs help. Small or large, incredible or mundane, any act of kindness or help counts. 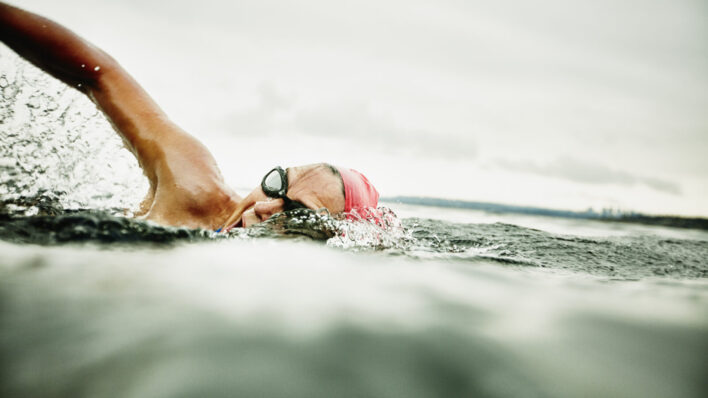