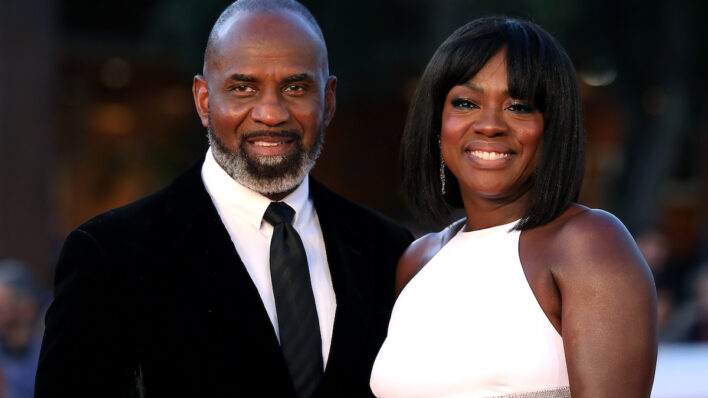 Viola Davis met her husband of over 16 years, Julius Tennon, on the set of City of Angels, only three weeks after making a prayer to find love.
By Barbara Pavone    January 3, 2020

Viola Davis met her husband of over 16 years, Julius Tennon, on the set of City of Angels, only three weeks after making a prayer to find love.

It all started with a prayer and a little eavesdropping. Before Viola Davis became the Oscar-winning actress that we now know, she was an aspiring star who struggled in her beginnings. At the time, she was searching to find her footing in Los Angeles and feeling extremely lonely.

“I was the loneliest woman in the world,” she recalled in 2013. “Someone said, ‘You should just pray for a husband.'” And that’s exactly what she did.

“I said I wanted a big black man from the South who looked like a football player, who already had children, who maybe had been married before,” she continued. That prayer went a long way and soon manifested itself into reality. “Three and a half weeks later, I met my husband,” she revealed.

Here’s what we can learn from Viola Davis and Julius Tennon’s unbreakable relationship:

He was ready, but she wasn’t

Davis might have been putting good vibes out into the universe, but she was still feeling alone. Luckily, she voiced her frustrations on the set of City of Angels, which is how her castmate and future husband, Julius Tennon, came to answer her prayers.

“I just overheard her talking to a girl in front of us, [saying], ‘I don’t like LA, I don’t know anybody here,’” Tennon recalled on an episode of OWN’s Black Love. Although he was dating someone at the time, he felt “kind of ready to meet somebody else,” and ended up giving her his card.

But Davis wasn’t as ready for love as she had initially thought. She was apprehensive and looking for excuses: “I didn’t call [him] because I had bad credit; I was struggling with driving in LA.”

It took her several weeks to take a chance and call Tennon.

Their first date “terrified” her

The pair finally went on their first date a month after meeting and, once again, Davis found herself feeling scared. The date was like nothing Davis had experienced before and as she told Black Love, “I was terrified because he told me exactly who he was ― he was absolutely honest about his past.”

His past included most of the criteria she had hoped for. Tennon was an actor, a former football player, and a single father raising two teenage sons from previous relationships.

He was also a total gentleman.

He brought me home and he just said, ‘You are a very beautiful and nice woman, and it was a pleasure spending time with you.’ And he shook my hand.

Twenty minutes later, he called to say he had a great time and to compliment her. And 20 minutes after that, he called again to add: “I just want to tell you I got home, and you are a beautiful woman. I’m about to go to sleep, and I just wanted to tell you to have a good night.”

He made her life better

The pair fell in love and got married in 2003, then adopted their daughter, Genesis, in October 2011. Davis’ life exponentially improved. Not only did her career take off, but she no longer felt lonely.

After my first date with Julius, my life got better In every way. Anxiety went away. Fear went away. He just made my life better.

That’s something she doesn’t take for granted as, every year, she celebrates their partnership on Instagram, letting the world know just how blessed she feels.

When the couple celebrated their 16th wedding anniversary in 2019, she had even more touching words to share: “June 23rd, 2003 is when I married the greatest man!!! Thanks for loving me despite my bad credit! Look at how our life has grown. Love, love, love you Julius… with all my [heart].”

“It’s about the everyday.”

In 2016, People asked Davis to share her biggest secret to marital bliss and her advice was rather simple. “It’s about the everyday,” she said. Viola further explained:

I think that that’s what people forget when they fall in love with someone and it’s exciting. You have to get back to the everyday — the taking the garbage out, the cooking, the cleaning — and it’s something that I think really works with me and my husband.

Viola Davis and Julius Tennon’s unbreakable relationship proves that you truly never know what’s around the corner. In just a few weeks, the Oscar winner went from feeling like the “loneliest woman in the world” to meeting the love of her life.

While you can never be certain of what will happen next, you can help nudge things along with positive thoughts, or a prayer, like Viola did. However, what is most important is to remember to give new relationships a chance whenever they present themselves. You never know what might happen!