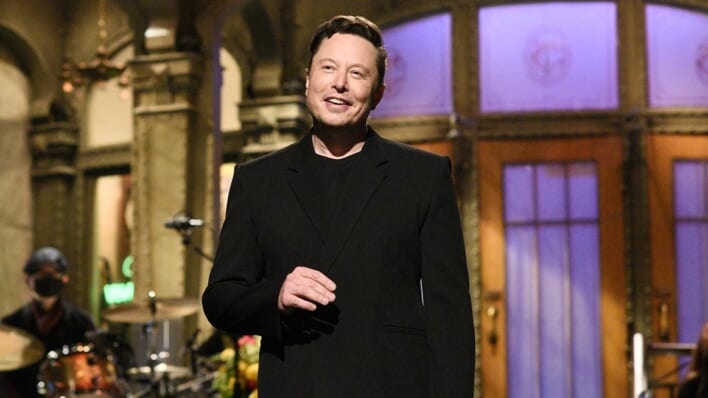 The 7 Weirdest Facts About Elon Musk – Is He The IRL Tony Stark?

Elon Musk has often been compared to a real-life Tony Stark. Whether you love or hate the Tesla co-founder, he’s lived an exceptional life.
By Amy Lamare    July 30, 2022

Elon Musk has often been compared to a real-life Tony Stark. Whether you love or hate the Tesla co-founder, he’s lived an exceptional life.

Elon Musk seems to be everywhere lately. SpaceX sent its most recent rocket into orbit this past month, he’s been trying to buy Twitter, and he recently revealed he had twins with an executive at one of his companies just weeks after he welcomed a second child with his ex-girlfriend Grimes.

Even Musk’s dad has made headlines for secretly fathering a second child with his stepdaughter (whom he raised from when she was four). Suffice it to say, it’s impossible to escape Elon Musk or the Musk name. The Tesla co-founder certainly knows how to make news and has a legion of devoted fans to prove it.

RELATED: Elon Musk: The Life Story of the Boy Who Changed the Future

Elon Musk has often been called the real-life Tony Stark. Love him, hate him, or if you’re ambivalent towards him, he’s built an impressive resume during his 51 years as co-founder of PayPal, founder of space exploration company SpaceX, and the head of luxury electric car company Tesla Motors. He is a fascinating man who is unapologetically himself.

Elon Reeve Musk was born in Pretoria, South Africa, in 1971 during the era of apartheid. His mother, Maye Musk, is a Canadian-born model. His father, Errol Musk, is an entrepreneur who, among other endeavors, was half-owner of a diamond mine in Zambia. Elon has a younger brother, Kimbal, a sister, Tosca, as well as a stepsister, half-sister, and half-brother on his father’s side. His parents divorced in 1980, and after living with his father for a few years in his teens, became estranged from him.

Musk became interested in computers and video games as a kid. When he was 12, he created a videogame called Blastar and sold the code (he wrote it in BASIC) for $500. After high school, he applied to emigrate to his mother’s native Canada. While he waited, he enrolled at the University of Pretoria for a semester so that he could avoid mandatory service in the South African military.

Musk moved to Canada in 1989 to attend Queen’s University in Ontario for two years. He then transferred to the University of Pennsylvania, where he received a BA in physics and a BS in economics.

During the summer before his senior year, he worked two internships in California’s Silicon Valley. One was at a startup called Pinnacle Research Institute which was in the field of energy storage, and one was at Rocket Science Games. After graduating from Penn, he enrolled in Stanford University’s Ph.D. program in materials science. He dropped out after two days and decided he’d be better off taking advantage of this new thing called the internet and launching a startup.

Elon Musk borrowed money from his father and founded Zip2, a software company, with his brother and friend Greg Kouri in 1995. Zip2 put together and sold an internet city guide for the newspaper industry, including yellow pages, maps, and directions. At this point in his life, Elon was broke and slept on the couch in his offices and showered at the local YMCA rather than renting an apartment, Vanity Fair reported.

In 1999, the company Musk co-founded sold to Compaq for $307 million in cash. Musk owned seven percent of Zip2’s stock which was equal to $22 million. He was on his way to becoming the richest person in the world, and he was 28 years old.

After the sale of Zip2 in 1999, Elon Musk immediately co-founded an online financial service and payment by email company called X.com. The company was one of the first online banks to be federally insured. In 2000, X.com merged with another online bank called Confinity to reduce competition.

Confinity was founded by Peter Thiel and Max Levchin and had its own money-transfer service, called PayPal and Musk was the CEO. However, by September 2000, the board of directors replaced Musk with Thiel as CEO.

RELATED: How to be Successful: 16 Habits to Help You Succeed in Life

In September 2001 the company was renamed PayPal. eBay acquired PayPal for $1.5 billion in stock in 2002. Musk was once again the largest shareholder and his 11.72% of shares in PayPal were worth $175.8 million. Musk, Levchin, and Thiel are commonly referred to as the PayPal Mafia as all three went on to further and even greater successes.

How Did Elon Musk Get So Rich With SpaceX?

Elon Musk is a serial entrepreneur who is not only brilliant but also had the fortune of being in the right place at the right time (several times). Musk was fresh out of college when the first dot-com boom took place and Zip2 and PayPal were part of that.

After PayPal sold to eBay, Musk’s net worth was nearly $200 million. From there, he dove into his interest in space exploration and founded SpaceX in 2003. He identified and took advantage of the opportunities his life and career put him in the path of, including Tesla Motors.

The company was founded by Martin Eberhard and Marc Tarpenning in 2003. Musk joined the company not long after, investing $6.5 million of his own money into the company, which made him the majority shareholder. As a result, Elon Musk was made the Chairman of the board of directors.

RELATED: What Is ‘BDE’ and What Are the Signs You Have It?

Musk is also the founder of several other companies including the neurotechnology startup company Neuralink, which aims to artificial intelligence chips that can be embedded in human brains to make it easier for people to merge with machines. He also founded The Boring Company, in 2017 to construct tunnels to improve heavy vehicular traffic.

We cannot talk about the facts about Elon Musk without mentioning his incredible $198 billion net worth. According to Celebrity Net Worth, this makes Elon Musk the richest person in the world. Musk owns 48% of SpaceX, valued at $46 billion, and 22% of Tesla, and in 2020 his net worth skyrocketed, increasing $142 billion that year.

RELATED: Why Being Financially Organized Can Help Your Motivation and Emotional Well-Being

Musk was made the CEO in 2008. As Tesla CEO he oversaw the development of the Tesla model called the Roadster, an all-electric sports car in 2008. In 2017, the mass market sedan, the Model 2 was released and became the best-selling plug-in electric car in the world. Elon Musk is the longest-tenured CEO of a car company in the world.

Tesla made its IPO in 2010 and by 2020, was the most valuable carmaker in the world. In October 2021, Tesla had a market cap of $1 trillion, becoming just the sixth US-based company to reach that milestone. At Tesla Musk is changing the way the world perceives electric cars.

Elon Musk joined Twitter as @elonmusk in 2009 and has been a very active member of the social media platform. He’s at times amusing, at other times enigmatic, and at still other times, controversial. He frequently posts memes, trolls other users, promotes his various business endeavors, and comments on pop culture and politics. Musk’s Twitter bio reads: Mars & Cars, Chips & Dip. He has more than 100 million followers as of this writing.

RELATED: Elon Musk Says This One Habit Is the Secret to Becoming Successful

Musk began publicly debating Twitter’s freedom of speech (or in Musk’s eyes, lack thereof). He mused that he might start a rival site. By this time, he owned 7.5% of the company. Then on April 13, 2022, Musk offered $44 billion and launched a takeover bid to try and buy all of Twitter’s stock.

Twitter retaliated by putting a shareholder’s rights plan in place to make it harder for any one individual to own more than 15% of the company without approval from its board of directors. Musk offered $46.5 billion for Twitter. Immediately following that news, Tesla’s stock sank by more than $125 billion, causing Musk to lose $30 billion of his net worth.

About a month after he made his intentions to take over Twitter clear, he put the deal on hold, claiming that too many of the site’s daily active users were spam accounts. This caused Twitter’s share price to fall by more than 10%.

In July 2022, Musk sent a notice of his termination of the deal to purchase Twitter. The company’s board of directors remain committed to holding Musk to his deal as of this writing and have filed a lawsuit against Musk in Delaware, citing his breach of a legally binding agreement to buy Twitter

No look at facts about Elon Musk would be complete without a look at his relationships, marriages, and children. Musk met his first wife, Justine Musk (nee Wilson) while studying at Queen’s University in Canada. They married in 2002. Elon and Justine had six children. Their first child died at 10 weeks old of sudden infant death syndrome. In 2004 they had twins and in 2006 triplets via IVF. Elon and Justine divorced in 2008.

That same year, Elon began dating actress Talulah Riley. They married in 2010. In 2012, they divorced. The following year, in 2013, they remarried each other. In December 2014 he filed for divorce a second time, but that request was removed. Elon and Talulah divorced for the second and final time in 2016. He moved on to actress Amber Heard, whom he dated for a few months in 2017.

RELATED: Elon Musk Has a New Girlfriend, and the Quirky Way They Met Shows He’s a True Sapiosexual

In 2018, Musk revealed that he’d been dating musician Grimes. The couple’s first son, a son they named X AEA-XII, was born in 2020. In December 2021, the couple had a daughter named Exa Dark Sidrael via surrogate. Grimes and Musk broke up a few months before their daughter was born. Then, in July 2022, Insider published legal documents that revealed Musk and Neuralink executive, Shivon Zils, had twins together.

As of this writing, Elon Musk has nine children with three different women.

Lessons We Can Learn From Elon Musk’s Success

Elon Musk is incredibly successful. He knows his strength, what his value and interests are, and relentlessly pursues projects that he can dive into, grow the value of, and sell at a huge profit. Some people say he marches to the beat of his own drum, but that’s true of any truly successful person, especially creative ones. Musk may be an engineer at heart, but he’s also highly creative in the way he applies his strengths to his endeavors. 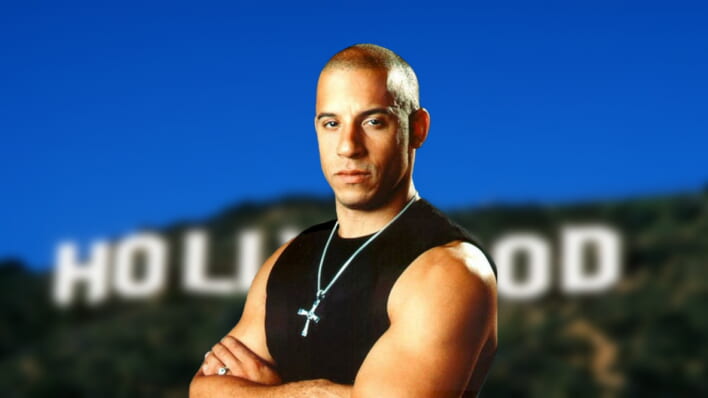