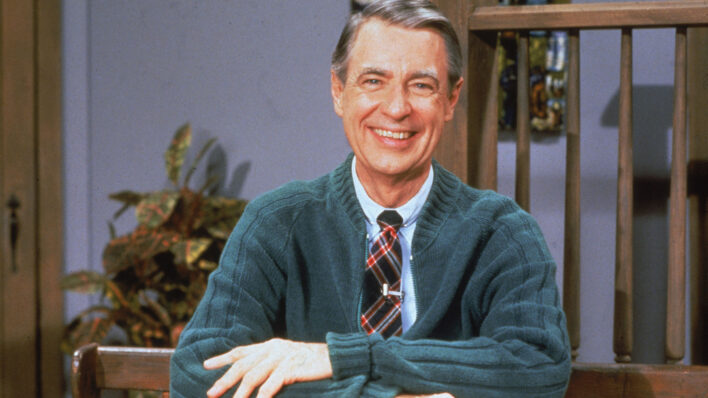 Who Was Mister Rogers Really When the Cameras Turned Off?

Mister Rogers inspired millions of children to be their best selves, but what was the famous TV host really like behind the scenes?
By Aly Walansky    December 5, 2019

Mister Rogers inspired millions of children to be their best selves, but what was the famous TV host really like behind the scenes?

Fred Rogers was beloved by millions as the creator and star of Mister Rogers’ Neighborhood, the iconic PBS series that ran for a staggering amount of time – from 1968 to 2001.

Though he was known for being warm, generous, and having so much love to give – Mister Rogers came to that place from pretty dark and lonely beginnings.

Fred Rogers wasn’t encouraged to share his emotions growing up, which caused him to withdraw a bit from those around him. He felt a great deal of loneliness as a child– something that would drive him to make children across the world feel less lonely as an adult.

Many believe his early puppet character of Daniel Tiger was a way to release those bottled up emotions, which he carried into adulthood.

“Fred was a very sensitive person, and tears were available to him. I used to say, ‘You’re my liberated man, and I think it’s just wonderful’… We never got mad at each other that much — that we could express well,” his wife Joanne told the L.A. Times. “We just got quiet. Both of us handled it that way, and that’s not the best way. It’s good to yell sometimes.”

That the same can be said for Daniel Tiger, who is described as having “a gentle vulnerability… He is shy, yet he is able to talk openly about his feelings and concerns when his caring friends give him loving support and help him feel more confident.”

Before Mister Rogers, there was Fred

Rogers may have been emotionally trapped as a child, but he was not unloved. His mother knit all his sweaters herself– including all those he wore on the show later in life.

He reflected on this often, and shared his momther’s impact with viewers. “This is a picture of my mother. She knits the sweaters that I wear when we have our television visits. I just wanted you to see her picture and to look very carefully at the beautiful work that she does with her knitting,” he said while the camera zoomed in on a photo of his mother and then close-ups of several sweaters.

“That’s one of the ways that she has of saying that she loves somebody. She uses needle, yarn and her own hands to knit the sweaters. When I put on one of these sweaters, it helps me to think of my mother. I guess that’s the best thing about things — it reminds you of people.”

Those sweaters are now in the Smithsonian Museum!

While Fred Rogers loved his family and his home, his life was not easy growing up. According to the Fred Rogers Center, he was “overweight, somewhat shy, and introverted.”

He also suffered from asthma, which meant he couldn’t go out and play as often as his friends, which also led to him feeling isolated growing up.

Shades of his future life were seen during talks with his grandfather, who would say things like “Freddie, you make my day very special.”

But it was another phrase that Rogers remembered from his grandfather, “I like you just the way you are,” which became one of Mr. Rogers’ most known phrases for young children.

Mister Rogers’ Neighborhood, watched by millions of children, was a platform for Rogers to use kindness and compassion to teach children about feelings, current events, and how to deal with other challenging things they may face throughout their lives.

Music played a big part in how he taught, and Rogers would write hundreds of songs that made their way onto his show and help in his relating to children.

When it came to parenting and handling youngsters, his wife Joanne said, “He had a patience the likes of which I greatly admired but couldn’t emulate.”

Rogers was champion of children in general and PBS, the network where his show aired, too. In 1969, he even testified before a Senate subcommittee that was considering cutting funding for public television.

“This is what I give. I give an expression of care every day to each child, to help him realize that he is unique… I feel that if we in public television can only make it clear that feelings are mentionable and manageable, we will have done a great service for mental health,” he said in his testimony.

The funding was maintained, thanks to Mr. Rogers’ sincerity and conviction!

I feel that those of us in television are chosen to be servants. It doesn’t matter what our particular job, we are chosen to help meet the deeper needs of those who watch and listen – day and night!

What we can learn from Mister Rogers

Fred Rogers’ story is proof that living according to your convictions is the greatest power we can have.

Even on a personal level, Mister Rogers impacted many individuals, like journalist Tom Junod– who profiled Rogers for Esquire, and was so inspired by Rogers’ genuine heart that his perspective on life utterly shifted. While keeping this bigger mission in mind, Rogers never lost sight of the people in front of him who were in need.

By being authentic and never giving up the fight for what he believed in, Fed Rogers changed the lives of millions of children. Beyond Mister Rogers’ Neighborhood, the $20 million worth of funding he acquired helped bring Sesame Street to PBS.

Like Mister Rogers, we can all take the things that trouble us and turn them into a drive for change. Being honest about what we want and who we are is the surest path to our dreams.

One of the greatest gifts you can give anybody is the gift of your honest self.