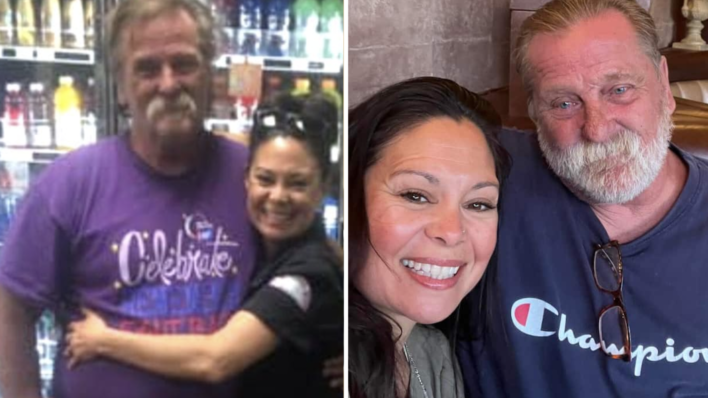 One California-based paramedic struck up a friendship with a man experiencing homelessness. She’d never expect what happens next.
By Sophie Babinski    September 25, 2022

One California-based paramedic struck up a friendship with a man experiencing homelessness. She’d never expect what happens next.

Helping addicts can feel like a thankless pursuit. As much as we hope to make a difference in people’s lives, powerful substances often have too strong a hold on those who rely on them to function. Occasionally, though, there are positive cases where people’s lives are changed forever thanks to those who never gave up on them.

Friendship Blossoms Between an Addict and Paramedic

When William Levens’ wife of almost 14 years passed away, he was lost. While he was working as much as possible and trying to fill his time, he fell in with the wrong crowd and began abusing drugs and alcohol. The bad habits eventually snowballed and William became homeless.

While dumpster diving in order to feed himself, William met a young paramedic named Jeanah Nomelli. They immediately struck up a conversation, and an unlikely friendship began to take shape. They continued to see each other every once in a while, and they would have meaningful conversations each time. Over the winter, Jeanah even gave William good boots and a coat to keep him warm.

RELATED: Police Officers Notice Homeless Mom Living With Her Kids Behind Walmart – What They Do Next Brings Her to Tears

“In the world of homelessness, people are helping each other and protecting each other and advocating for each other often, I would say sometimes more than we would find in our world,” Jeanah said. “If we can do a better job of loving ourselves so that we can then go out into the world and love others, that’s what’s gonna heal the planet.”

William Gets an Important Wake-Up Call

After they met, William disappeared for a while. Jeanah was worried that he had gotten deeper into drugs and was in trouble. However, she learned that he was mentoring and helping a family who found themselves without a home after the 2008 financial crisis. William was helping the family figure out which resources were available to them and how to navigate the system as an unhoused person.

While he was mentoring the family, William got into a physical altercation with another man and ended up in jail. The experience forced him into sobriety, which completely changed his outlook on life.

Once he was out of jail, William found out that there was a $7 program that would allow him to get temporary housing and work, as well as access to a path towards permanent housing and more stable, long-term work opportunities. The same day he found out about the program, he ran into Jeanah.

He told her about it and asked if she could spare the $7 that would allow him to start his new life. Luckily Jeanah, who usually never carried cash, had just enough on her to help her old friend out. William promised he would use the money to start a new life away from drugs and alcohol and the two parted. They did not see each other until 12 years later.

Twelve years after she last saw William, Jeanah ran into a familiar face at a local gas station. The man that stood in front of her looked slightly older and much healthier than the William she had left behind all those years ago. She knew it was her old friend because he had the same bright eyes and kind smile. The two immediately started catching up, and William told Jeanah that her help allowed him to get work, stay out of trouble, and build a new life.

He also discovered religion during their time apart, and he credited his faith with his newfound happiness. Jeanah never knew if she would see William again when she took a leap of faith and gave him what he needed to get back on his feet.

Even though she may have been tempted to judge him because of his past actions, she always had faith that deep down he was a good person who just needed someone to believe in him. She was that person, and her faith paid off!