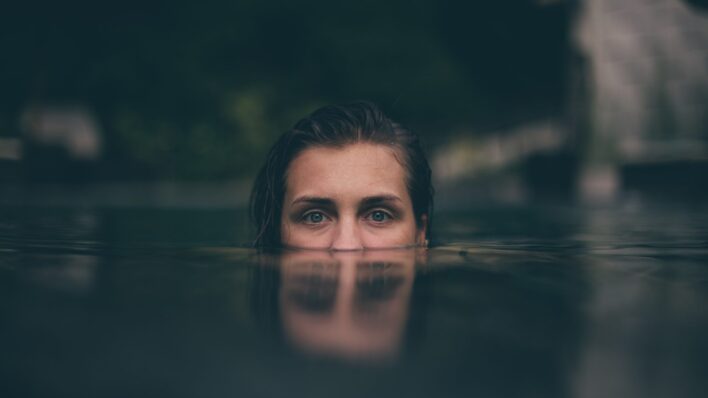 You’d think after spending so many years with yourself, you’d know yourself pretty well. And most of us do, to
By Matt Valentine    March 22, 2018

You’d think after spending so many years with yourself, you’d know yourself pretty well.

And most of us do, to some degree, don’t get me wrong. However, we don’t know– nor do we see– ourselves as well as we think. Much of what we do is influenced by our subconscious mind. A sort of alternate dimension of our day-to-day thinking mind, the subconscious mind has been constructed, one piece at a time, from our life’s experiences and their resulting beliefs.

The problem is, the subconscious mind lies hidden away, and we can’t normally see or hear from it. But it’s there, ever whispering in our ear tales of our inadequacy and lack of achievement. And it’s this dialogue, our negative self-talk, that causes us to self-sabotage.

So, how do would you ever know if you’re self-sabotaging? It’s very hard to know for sure because of the way our inner dialogue skews our perception.

So you need to look for signs. Fortunately, if you know what you’re looking for, you can identify signs of self-sabotage and stop the behavior before things get bad.

1. You receive frequent criticism– and snap back with little consideration

Friends are great at calling us out when we’re messing up. If you’ve got good people in your corner, they’ll make sure you know when you’re not living up to your potential (or, at the very least, when you’re messing up).

On the other hand, sometimes friends might just not agree with what you’re doing, so criticism in itself can be a hard thing to read if you’re looking for signs of self-sabotage.

However, it’s how you respond to that criticism that can be a huge red flag.

Ask yourself, which one of these are you:

Take a moment to ask those closest to you how you tend to respond to criticism to see what they have to say. If you hope to make real progress you have to face yourself– flaws, mistakes, ignorance, and all. Do you listen to people speak and often think “I already know all of this”? And, yet, despite this, you still for some reason haven’t accomplished any of your goals? That’s a sign your ego is kicking into action and “protecting” you from the discomfort of ignorance.

We don’t like admitting to ourselves that we don’t know something. The unknown is a scary thing to us, so we cover up for it instinctively by making assumptions and ignoring facts. This is self-sabotage at its most cunning.

The problem is, in the long run, this can wreak all kinds of havoc on your life. If you’re not careful, this kind of behavior will turn the people you care about away from you, close you off from opportunities, and stunt your personal growth.

If you notice yourself shunning the advice of experts and scoffing at others for not knowing as much as you, be careful. You might just be self-sabotaging by way of the ego.

3. Every time you make a little progress, things mysteriously go back to how they were

It’s normal to get knocked down shortly after making progress. Life is unpredictable and sometimes we weren’t ready for whatever that progress brought into our life.

However, if you’ve made progress, then mysteriously lost that progress and went right back to where you were several times in a row, it’s something more than that: a lack of personal growth.

Identity plays a big part in our success (or lack of it), far larger than most people realize. Wherever you see yourself, you’ll generally stay. That goes for when you make progress as well as when you hit a setback.

If you snag a couple new clients within a short period of time, without the right amount of personal growth to expand your mind, step outside your comfort zone, and start thinking of yourself as something greater than what you have been, you’ll seek to go back to that comfort zone by way of self-sabotage. Similarly, if you hit a setback, you’ll do whatever it takes to get back to where you were — not necessarily beyond that point.