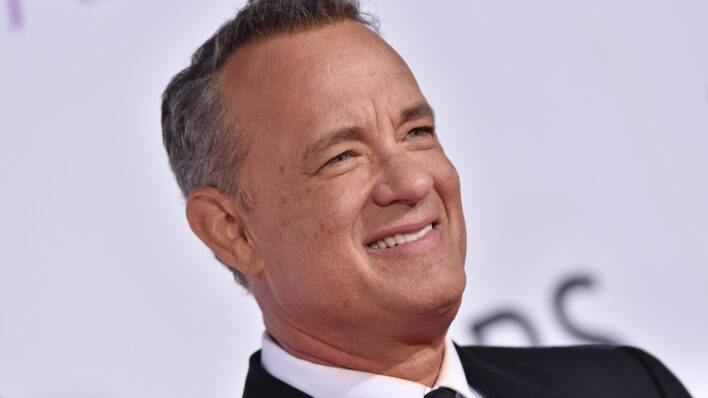 5 Daily Habits to Steal from Tom Hanks, Including the Powerful Way He Embraces Insecurities

As a digital nomad and journalist, I travel the world while logging around 70 articles a month. To effectively manage a
By Lindsay Tigar    January 15, 2019

With films grossing more than 9 billion worldwide—Tom Hanks isn’t just an infamous actor of our time, but of all time. Known for iconic performances in Forrest Gump, Castaway, Big, Toy Story, Sully and countless others, this American actor and filmmaker is a master of dramas and comedies alike. He began to explore directing and producing in the late 90s, working alongside legendary Steven Spielberg on box-office hits including Saving Private Ryan and Catch Me If You Can. His performances and his growth as a professional have earned him Golden Globes and Academy Awards, People’s Choice Awards and countless nominations.

He’s also received the Presidential Medal of Freedom award, a Kennedy Center Honor and the Stanley Kubrick Britannia Award for Excellence, to name a few. Happily married to the love of his life, fellow actress Rita Wilson for 30 years and father to four children, Hanks has balanced success and family, while charming the public. To achieve household-name recognition—and an estimated net worth of $350 million—he follows a few rules for life. Here, some you can reap inspiration from:

He maintains a private life—and tells the truth.

You might not realize this, but you’ve never seen a photo of Tom Hanks’ home before. You likely haven’t seen too many images of his family either, since he’s made a conscious effort to keep is private life just that. While some actors who conceal their personal life are given a bad rep for being standoffish, Hanks isn’t, since when he is in front of cameras or with journalists, he is fully himself.

“I try not to lie to people—the only way to control the way you’re perceived is to tell the truth… I don’t parade my family out for display, which is the way it will stay. Yet I have a reputation for being cooperative with the press. That’s because when I do give an interview, I’m willing to tell the truth about what I do for a living and how goofy it is sometimes—and how volatile it can also be,” he shared with The Oprah Magazine

Hanks doesn’t really play bad guys in his roles, and probably because he’s not one in real life. One of his values is a dedication to giving everyone a chance, and generally doing the right thing. This might mean he loses some of the cool factor, or perhaps isn’t as glam as other leading actors, but he doesn’t mind—he digs who he is

He also stands up for himself when someone isn’t trustworthy. And that confidence? Well, it definitely helps with his ability to snag roles. “I think I give everybody a fair shake. But I will tell you this, and there’s plenty of people who can attest to it, don’t take advantage of my good nature, because the moment that you do, you’re gone, you’re history,” he shared with the New York Times. “I mean, look, I’m not a sap. I’m not naïve. At least I don’t think I am. I understand that part of it is my nature, part of it is my DNA, part of it is the sum total of everything I went through, and it came out O.K.”

He takes his career—and his life—role by role.

It’s the advice your best friend, your parent or even your mentor gives you when you start to doubt something or feel overwhelmed by the current season in your life: breathe and take it step by step. This mantra is appropriate for anyone, even an uber-famous and rich actor like Tom Hanks. When he lands a role, told Oprah magazine he starts from square one, all over again, with no expectations. “If I let myself feel pressure, it would crush me. The truth is that everyone pays attention to who’s number one at the box office. And none of it matters, because the only thing that really exists is the connection the audience has with a movie,” he continued.

RELATED: 9 Life-Changing Books That Inspired Tom Hanks to Live His Most Purposeful Life

This also means he allows himself to dive into each and every new role with a renewed optimism, and understanding that getting fully into character is more vital than whatever accolades come from the performance. “You can’t completely control it. Otherwise you’d make the same kind of movie over and over again, which some people say I’ve done. I have faith that a script is going to hit me like a ton of bricks, and when that happens, it’s undeniable that I should choose the role,” he added.

No matter how seemingly star-studded or idealistic a celebrity’s life may appear, they are, in fact, humans. Hanks recognizes this—and more so, he celebrates his insecurities, owning them for what they are. He understands his strong suits, as well as his downfalls, and he isn’t afraid to take a chance. “My life has never been in jeopardy ever once, but the artistic creative process of one is still based on your ability to fight down those doubts of yourself, and you have to move forward. And you cannot sweat too much the possibility that you are making a wrong mistake,” he shared with NPR.

This attitude is something that carries him through every aspect of his life, including the auditioning process. “Before you go into what is essentially a competition, you have to have that confidence. You have to ask yourself, ‘Are they looking for a guy my height? My age? I’ve got a shot,’” he told Oprah. “And if there are nine guys auditioning and they’re all gorgeous, I have an advantage, because gorgeous guys are a dime a dozen. But if they need someone else—like a goofy guy with bad hair who is just okay—then that’s me.”

RELATED: What is “Impostor Syndrome” and How Do You Overcome It?

Though he’s mastered this mindset by 62 years old, it definitely wasn’t a no-brainer at first. In fact, he once shared in a compelling speech: “I was operating on so much instinct and energy. I would have perhaps told myself to say if right now you’re putting 60% energy into 40% instinct, reverse that and put 40% energy into 60% instinct.”

He chooses faith over fear.

In any situation you’re faced with, you can choose one of the two F’s: faith or fear. For Hanks, having confidence and being brave is just part of his DNA. As he shared with Yale graduates during a commencement address in 2011, fear will get the worst of the best of us. “Peddlers of influence count on that. If fear is cultivated, it will become stronger. If faith is cultivated, it will achieve mastery. Fear is whispered in our ears and shouted in our faces. Faith must be fostered by the man or woman you see every day in the mirror. The former forever snaps at our heels and our synapses and delays our course, the latter could spur our boot heels to be wandering, stimulate our creativity and drive us forward. Fear or faith, which will be our master.” 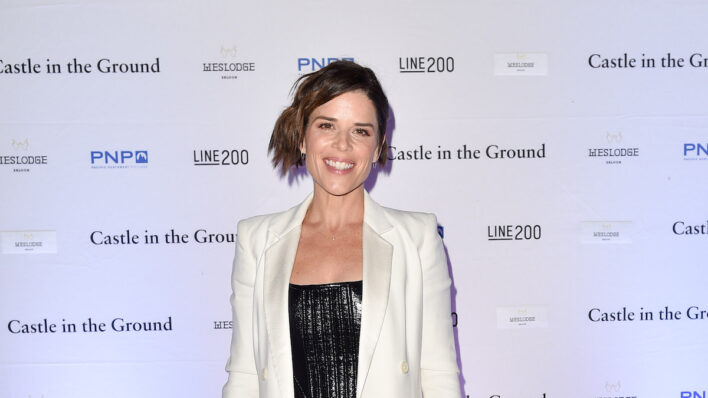