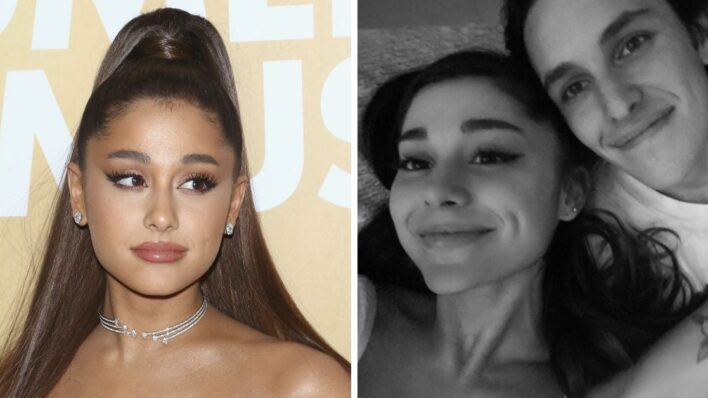 Ariana Grande announced her engagement to Dalton Gomez. After a tumultuous love life, here’s what we can learn from her approach to love.
By Shaoni Das    December 22, 2020

Ariana Grande announced her engagement to Dalton Gomez. After a tumultuous love life, here’s what we can learn from her approach to love.

Wedding bells are ringing yet again for Ariana Grande. The singer announced over the weekend that she’s gotten engaged to her boyfriend, Dalton Gomez. The crazy thing is that fans of the pop star are both surprised and not surprised at all to hear that she’s planning to walk down the aisle again.

Many would remember that the singer had famously gotten engaged to SNL star Pete Davidson in 2018 following a two-month courtship — a relationship that met its nasty end the very same year. Since her break-up with Pete, Ariana has laid low in terms of relationships and continued to focus on her career.

But early this year, rumors began circulating that Ariana had met someone new. That special someone turned out to be Dalton Gomez — a luxury real estate agent. They had met after Ariana reached out to Dalton’s firm to look for a new home. A work meeting turned into a relationship, which blossomed tenfold as the two quarantined with each other during the lockdown.

Here’s what we can take away from Ariana Grande’s recent engagement news:

Ariana has a history of whirlwind romances and quick engagements

Anyone who’s closely followed Ariana’s life will not be shocked to learn that she hasn’t had the best luck with love. From Big Sean to Mac Miller to Pete Davidson, her relationships have been wild and tumultuous and have ended poorly in one way or another. She hasn’t had a relationship that’s lasted for longer than two years, but she’s always quick to jump into a new relationship and even quicker to flaunt it all over social media.

The singer herself admitted that she’s not always capable of handling long-term relationships and has a tendency to feel love too strongly, too quickly, without putting much thought into it.

I’m like an infant when it comes to real life and this old soul, been-around-the-block-a-million-times artist. I still don’t trust myself with the life stuff.

Following her breakup with Pete, Ariana said that she was actually enjoying being single as she’d always put off “spending time with [herself].” A born-romantic who’s been thrust into the spotlight at such a young age, she’s never had trouble getting attention from boys. Yet, at the same time, the lack of foresight has put her through heartbreak too many times. In an interview with Zach Sang, the singer shared her process of healing and pouring her emotions into songwriting.

Ariana said that she was terrified of her “new love” at first and thought that her trauma would prevent her from getting a happy ending. She had internalized so much guilt over the demise of her previous relationships that she’d started seeing herself as a barrier to finding love. While describing one of the songs in her album Positions, Ariana talked about her mind frame while exploring her relationship with Dalton.

The fear [of not finding love] is something that exists in your head when you let the trauma part of your brain take the command seat […] Your brain is constantly telling you, ‘No, you don’t deserve this,’ or ‘no, this won’t happen,’ or ‘yes, this person is too good to be true.’

The thing about Ariana is that, whether or not she can help it, she’s never scared about falling in love. The singer never tires of the prospect of meeting someone new, opening her heart up repeatedly, and experiencing new emotions and experiences as part of a newfound connection. She loves like there’s no tomorrow.

You could debate whether this approach is healthy, but there is no denying that it takes a special kind of person who heals from the trauma of her past relationships and still holds hope when it comes to future relationships. Every relationship is a blank slate for her, and there’s something to be said about someone who’s able to move forward with such tenacity and positivity.

Ariana also said she’d gained a new perspective since the lockdown, and it’s helped her approach relationships a different way as well. Despite her pains from the past, she knows how to value herself and her future.

In describing yet another song from her album, Ariana discusses the challenges of determining whether Dalton was the one and whether the love they’d found together was real.

How do you know? Well, you don’t, but you do […] It’s a tricky thing trusting people, but there’s a time when you do feel safe, and it clicks.

It’s never too early or late to find love

The thing about romance is that it surprises you in the wildest of times. Sometimes it works, and sometimes it doesn’t. But giving up before you even begin the connection is not going to help your heart. Ariana, despite her heartbreaks, took her time and gave herself into love with full confidence. It’s anyone’s guess whether she and Dalton are meant to be together in the long-run, but the fact that Ariana didn’t shy away from taking the chance speaks to her unbridled courage.

It’s one thing not to be happy about your decision, and another thing altogether to refuse the engagement and wonder what could have been. Being able to acknowledge your traumatic past and still not lose your faith in this silly little thing called love is what has made Ariana’s journey so inspiring in its way. Yet, at the same time, if you want to wait and reflect on your relationship before making huge decisions, that’s okay, too. Love will find a way into your heart regardless of when you choose to open up to it.