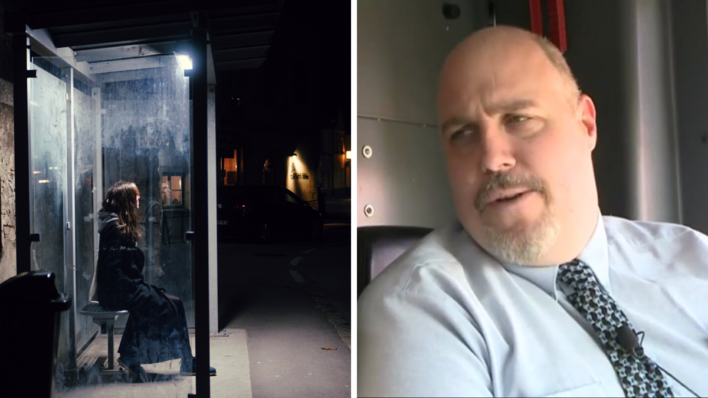 One bus driver landed in the spotlight when the story of his good deed went viral.
By Joel Balsam    January 13, 2022

One bus driver landed in the spotlight when the story of his good deed went viral.

Being a bus driver can be a thankless job. People expect them to work at all hours of the night when driving their route can be dangerous. And they also have to deal with unruly people.

Woman refused to get on the bus

The story revolved around Ottawa OC Transpo bus driver Dan Stoddard who was driving his regular Wednesday night shift. At around 1 a.m., Stoddard stopped the bus for a woman sitting at a bus station, but she refused to get on.

She waved me off, but I hesitated to leave as it was 1 a.m. and it seemed unlikely she was just there hanging out.

Driver whisked the victim away

Stoddard kept the bus stopped as he talked to the woman to make sure she was okay. Eventually, she asked him to call the police as she had just been assaulted and had run away.

In response, the quick-thinking driver asked her to get on the bus and he would handle the rest.

When she was on the bus, Stoddard asked the other passengers to move to the back as he comforted her until police arrived.

Thanked for a ‘thankless job’

A photo of the driver talking to the victim at the front of the bus was posted on Facebook by passenger Brendan Fowlie, and it went viral. The story resonated with people everywhere as it showed humanity in an unexpected profession.

“[Bus drivers] have a pretty thankless job, and people very rarely give them the credit they deserve,” Fowlie told HuffPost Canada.

Fowlie went on to explain that he decided to share the story because “I thought something positive would be nice.”

As for Stoddard, he said he was simply doing his job, like any other public service employee is trained to do.

“All of these organizations deal with this type of thing on a daily basis,” he said.

Keep your eyes and ears open

This bus driver could have just kept driving his route. He’s on the clock and it’s not his job to insist people get on the bus if they decline.

But he knew something wasn’t right. He followed his gut and it turned out the woman was in need of help after being assaulted.

This story is a reminder not just of the value in bus drivers, but also for all of us to keep our eyes and ears open to help the victims inevitably around us.

follow your intuition
If you feel something isn’t right, trust your instinct. It could save someone’s life.