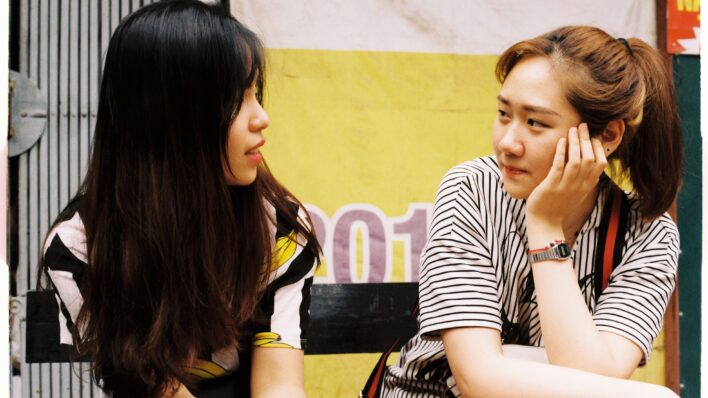 Difficult people are all around us. They can be your boss, a colleague, a classmate, or even a parent or
By Matt Valentine    February 20, 2019

Difficult people are all around us. They can be your boss, a colleague, a classmate, or even a parent or sibling.

And at every stage, there always seems to be at least one person who was placed in your life specifically to challenge you, be it through some form of abuse, criticism, or negativity.

Sometimes, these people can seem impossible to get through to. And, I’ve found, most of the time it’s true.

There is no getting through to most kinds of difficult people because they’re stuck so far up their own hoo-hah that they can’t see anything but what’s in front of them, and what is in front of them is their own adversity. They’re so preoccupied with reacting blindly, emotionally to their own suffering ego that they have no time to consider how you or others feel.

We are constantly being put to the test by trying circumstances and difficult people and problems not necessarily of our own making.

So then, how are you supposed to deal with these difficult people which always seem to crop up no matter how hard you try to get away from them?

Just as navigating life’s challenges is about how you respond to them and what story you tell yourself about those challenges as they pertain to your own self-worth, so is dealing with difficult people.

Here are five simple ways to use that basic principle to deal with difficult people smarter and more effectively.

1. Reflect on their suffering

Have you ever created something and then had someone criticize it? It’s one of the worst feelings in the world, as if your own worth as a human being was being attacked.

Sometimes people criticize us rightfully and fairly but often they’re angry themselves about their own circumstances and seek others to take their frustration out on.

That’s why taking a moment to reflect on how that person might be suffering can be really effective. It takes mere moments to do and opens your mind to compassion and understanding.

Even if you have no idea why they’re acting in the way they are, brainstorming possibilities such as how a family member of theirs might be sick, how they might be unhappy about how their life has turned out, or how they could be reflecting the suffering someone else caused them growing up onto others can remove the frustration you feel towards them even if you never find out why they actually act the way that they do.

One of the most effective practices I’ve used in the past for dealing with difficult people is what I simply call, “What would the Buddha do?” I’ve often used the Buddha because he’s a common symbol for peaceful resolution to me but that symbol will likely be different for you.

The basic idea is that you pick someone that you admire and respect and see as the symbol of great character, such as Martin Luther King, Jr., Gandhi, The Dalai Lama, Thich Nhat Hanh, Oprah, your mother or father, a role model, or anything else.

Whoever the person is for you, imagine for a moment that you were that person. How would they respond in this situation and to this person?

When you do this, something magical happens. Even though you don’t actually know how they’d respond, you find yourself being able to tap into some innate awareness of their character and higher level of moral conduct within yourself and can then summon that response more easily.

It’s a practice that takes literally seconds to do but has been of great value to me over the years.

Another exercise you can use is based on what is called loving-kindness meditation.

In traditional Buddhist loving-kindness meditation, the practitioner begins by sending well-wishes to those he or she loves and cares most for and then gradually expands out until they reach those whom they harbor ill feelings toward and send well-wishes to all living people. It feels awkward to do this towards people you dislike but you get used to it over time.

This simple practice has a way of getting us to see those we feel frustration towards more calmly and compassionately. It doesn’t mean we have to like them or choose to spend time with them, but at least that person no longer affects our own emotional state the same way as before.

Sometimes, it’s the fact that the person is constantly encroaching on your space that is the really difficult part. It could be a sibling that thinks your business is their business or a colleague who attempts to control you or your experience in the office.

Whatever it is, sometimes confronting the person and laying down some ground rules for healthy boundaries is exactly what is needed. This isn’t as easy as some of the other methods on this list but, especially when someone is highly manipulative, it may be necessary.

For this to work, it requires you to value yourself and respect your own space. If you can do that you’ll find it much easier to demand of others to do the same.

5. Take care of yourself

No matter what the person is doing to you or how they’re making you feel, you always have a choice of how to respond to it. However, that becomes very difficult if you’re not taking care of yourself in the first place.

If you’re already stressed and anxious about certain things in your life or killing yourself at work, you’ll lack the energy and the willpower to resist the negativity of others.

But this doesn’t require anything significant on your part, simply a consistent effort to take your own needs into consideration. This might mean adding a regular time each night to relax with meditation or some writing, drawing, reading, or even just watching a favorite show while sitting back on the couch if you don’t typically allow yourself to do that.

Make it a point to take care of yourself first so that you can respond to difficult people from a place of calmness and control.