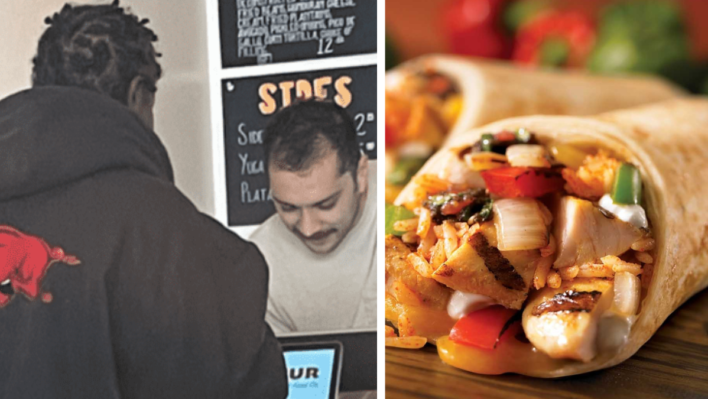 Homeless Man Begs for Scraps From a Restaurant – Instead of Agreeing to the Request, the Employee Does This

The restaurant’s employee was quick to offer anything from the menu.
By Sophie Babinski    January 23, 2023

The restaurant’s employee was quick to offer anything from the menu.

Restaurants are notorious for wasting food instead of giving those items to those who need it. Some restaurants do give whatever is left at the end of the night to the needy, but those establishments are few and far between.

One establishment recently went against tradition to offer a man in need not only some food, but a humanizing and uplifting dining experience.

The Humble Request One Homeless Man Made to an Employee

Being without a home, without possessions, and constantly in need can sometimes feel like being invisible. Whether it is out of fear, guilt, or simple misunderstanding, people might avoid eye contact or interaction with the down and out.

When a homeless man showed up to El Sur Street Food Co in Arkansas, he was hoping for a little charity. He went up to the cash register and asked if they had any leftover food they were willing to give him.

RELATED: Depressed Teen Begs Hairstylist to Shave Her Matted Hair Off – What Happens Next Is A Lesson For Everyone

The man at the register looked his guest up and down and told him that instead, he would love to pay for him to have a fresh lunch. He told him to take a look at the menu and order whatever he wanted, and then went on to make a few recommendations, suggesting the restaurant’s most popular and filling meals.

Once the homeless guest ordered, the man at the register asked if he wanted to eat there or take the meal to go. The guest was self-conscious and said he didn’t want to bother anyone or make any of the other patrons uncomfortable. The restaurant employee reassured him that he was a customer just like anyone else, and he deserved to eat comfortably.

How an Employee Proved the Importance of Treating People With Dignity

Another guest overheard the exchange and snapped a few pictures, which were then shared on social media. The story quickly went viral, with commenters expressing how proud they were of the restaurant employee.

“Human being, just being human. We need to make stories like this more common. I hope people in the community hit up this place and show support for this business. We need more people like this in the world,” a commenter on Reddit said.

This story serves as a reminder that all people in this world deserve dignity and to be treated like a human being. Not one person is inherently better than another.

So, when given  the opportunity to show kindness and treat our fellow man as worthy, we should follow the example of this restaurant employee. Treat people with the dignity, and we will be treated with dignity in return.