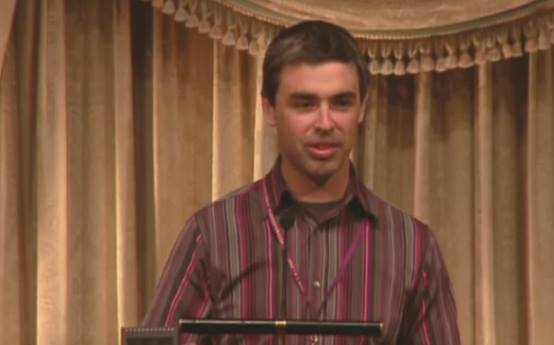 Larry Page On How To Achieve Success

Larry Page – Take A Little More Risk Google co-founder Larry Page explains how, no matter how many times you
By Goalcast    January 15, 2017

Google co-founder Larry Page explains how, no matter how many times you fail, taking a little more risk is one of the many ways that will finally push you to success.

“At the time we were really scared. We’re not going to get our degrees. We’re gonna start this company. It’ll be kinda lame. Our parents were all upset. There are all sorts of issues. One of the things that I’d been through as a student was some leadership training. One of the things they taught us was to not be afraid of failure and instead to have the goal to fail a lot quickly and then eventually you’ll succeed. I sort of took this to heart and I also had a slogan called healthy disregard for the impossible and they actually made you write down the things you would do that were kind of impossible but you thought you might really accomplish. That’s really stuck with me in everything that I’ve tried to do.

I think it was very, very close that we wouldn’t have started the company. I think there are many of you out there in similar situations. Do you want to take a little bit more risk? Do you want to try something else? Even if you don’t succeed, we’ve actually tried many things that didn’t work. Google happened to work pretty well. There were many things that we did that didn’t but we don’t worry about those because we tried many things. So, I just encourage you to take a little more risk in life. I think if you do it often enough they will really pay off.”