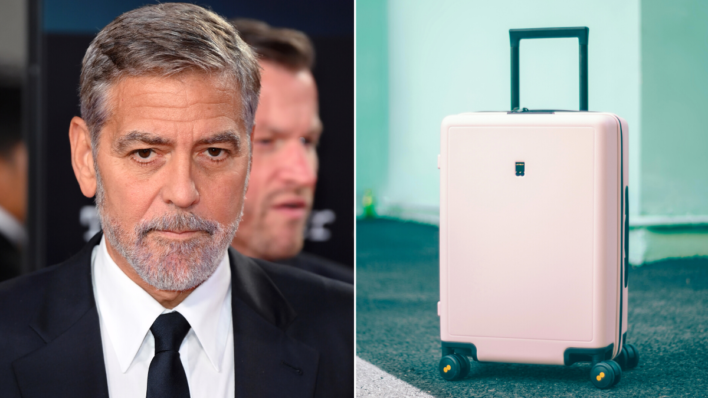 The Ocean’s Eleven actor wanted to show his gratitude to the friends who had supported him throughout his career – in the best way.
By Lindsey Staub    June 18, 2022

The Ocean’s Eleven actor wanted to show his gratitude to the friends who had supported him throughout his career – in the best way.

Good friends are priceless, but if George Clooney had to put a price on them, he’d say well worth one million dollars. He knew he wanted to reward his friends for their kindness and support.

Clooney once gave fourteen of his closest friends a million bucks in cash to thank them for always having his back. Among these recipients was Rande Gerber, Clooney’s Casamigos business partner, who told MSNBC about the gift back in 2017. Later to GQ, Clooney confirmed it himself.

RELATED: 4 Life-Changing Books That Inspire George Clooney to Challenge Himself

Clooney knew great friends were hard to come by, and he was incredible grateful for the ones in his own life.

“Amal and I had just met, but we weren’t dating at all,” the actor said. “I was a single guy. All of us were aging. I was 52 or something. And most of my friends are older than me.”

Why George Clooney Wanted to Give His Friends $14 Million

For the past 35 years, his friends were always there for him. He even believed they helped him achieve his success.

Clooney thought the world of his friends and knew that’s exactly what they deserved: The world.

“I thought, you know, without them I don’t have any of this. And we’re all really close, and I just thought basically if I get hit by a bus, they’re all in the will. So why the f*** am I waiting to get hit by a bus?” he said.

Then, when his film Gravity with Sandra Bullock became a hit, he had earned millions of dollars just for that one movie. Though Clooney couldn’t actually give his friends the world, he could give them something else instead.

So, he devised a fun way to present his gifts to his friends.

Inspired by Ocean’s Eleven, Clooney came up with a plan for how he can gift each of his friends one million dollars. In a van with “Florist” painted on the side, Clooney stopped by a warehouse in Los Angeles that was known to have giant pallets of money. That’s where he picked up $14 million in cash.

Next, Clooney stuffed fourteen Tumi suitcases with a million dollars each and invited his friends over for dinner. When they were all gathered together, Clooney began to get serious.

“I just held up a map and I just pointed to all the places I got to go in the world and all the things I’ve gotten to see because of them,” he said.

Gerber remembers Clooney’s speech fondly. “George begins to say, ‘Listen, I want you guys to know how much you’ve meant to me and how much you mean to me in my life,” Gerber said. “‘I came to LA, I slept on your couch. I’m so fortunate in my life to have all of you and I couldn’t be where I am today without all of you. So, it was really important to me that while we’re still all here together that I give back. So I want you all to open your suitcases.'”

How George Clooney Proved the Importance of Appreciating Good Friends

Clooney’s friends, who he refers to as “the Guys,” all opened the suitcases and were shocked by what they saw.

“One was working at a bar in Texas at the airport, trying just to support his family,” Gerber said. “Rides a bicycle to work every day. I mean, these are guys that took care of George and now he’s giving it all back.”

Apparently, not everyone originally wanted to keep the money.

Gerber tried to return the money; he was a successful businessman and didn’t think he needed it. However, Clooney would not take it back.

“I’m just going to make one announcement,” Clooney said when Gerber refused the cash. “If Rande doesn’t take the million dollars, nobody gets their money.” So Gerber took his cut and donated it to charity.

Not everyone has millions of dollars to hand out to friends, but we do all have something. Whether it’s our time, our patience, a listening ear, or — in Clooney’s case — fourteen suitcases brimming with money, we can all give back to those who have supported us.