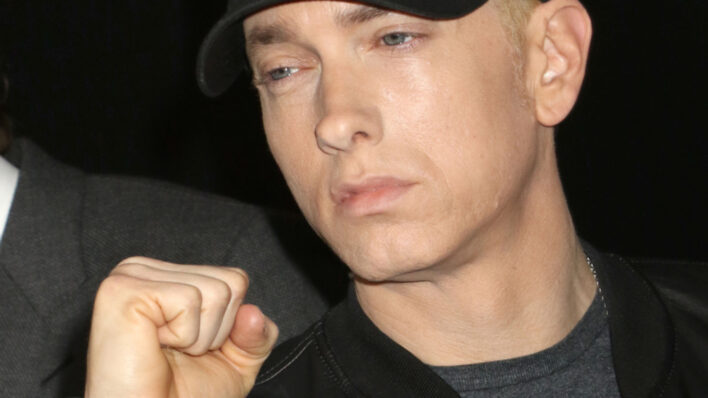 While at Coachella Weekend 2, the rapper took to Instagram to share a picture of his new sobriety coin emblazoned with the words “service,” “unity” and “recovery.” This type of coin is used by recovery program participants to celebrate sobriety milestones. And it’s definitely an achievement to be proud of, especially when considering that at the peak of his addiction, Eminem was taking up to 20 pills a day.

An outpouring of support

His post triggered an outpouring of support and encouragement, and several social media users also took the opportunity to open up about their own struggles and experiences with addiction.

My son is struggling. I hope someday he can say he has 10years sober. I’m struggling too.

Well done on your 1 year Nick, I just turned 10 years clean and sober, like Eminem, Us recovery dudes gotta stick together.

Congrats! I’m at 4 years. All because of finding out I was pregnant with my son. Sometimes love really does save our lives.

The decade that has gone by since he decided to get help has brought a sense of peace into the artist’s life, allowing him to mend fences with his notorious ex and mother of his daughter Hailie Jade, Kim.

Having struggled with poverty and a host of traumatic events, the Detroit native found refuge in substance abuse for years, as his fame skyrocketed. Hit record followed hit record, and his personal life spun out of control increasingly.

“I used to get pills wherever I could. I was just taking anything that anybody was giving to me,” the Oscar-winner told the New York Times in 2011. He was addicted to Vicodin, Ambien, Valium and Methadone.

How Eminem got sober After several attempts at kicking his addiction, he opted out of rehab facilities to achieve sobriety, as his fame kept him from achieving his goals.

“I felt like Bugs Bunny in rehab. When Bugs Bunny walks into rehab, people are going to turn and look. People at rehab were stealing my hats and pens and notebooks and asking for autographs. I couldn’t concentrate on my problem,” Eminem told the New York Times.

In the end, he credits his daughters Hailie Jade, Alaina Marie and Whitney with keeping him sober, as well as his rehab counselor and exercise for helping him get sober – and stay sober.

After a near-death experience in 2007, his health was in decline and his weight shot was up to 230 pounds.

“Unless I was blitzed out of my mind, I had trouble sleeping. So I started running,” Eminem revealed to Men’s Journal in 2015, adding “I needed to figure out a way to function sober.”

He replaced an unhealthy addiction with a much healthier one. “It’s easy to understand how people replace addiction with exercise. One addiction for another but one that’s good for them,” he said.