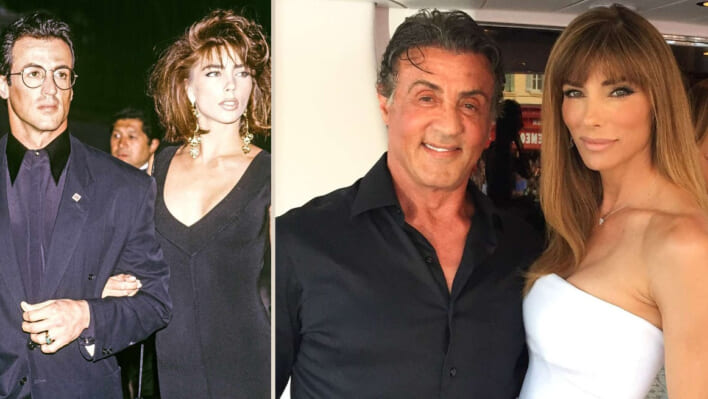 Sylvester Stallone and Jennifer Flavin have decades of marriage under their belts but after a recent separation and then rekindling of their love, Stallone has realized what’s really important.
By Freyja Catton    November 16, 2022

Sylvester Stallone and Jennifer Flavin have decades of marriage under their belts but after a recent separation and then rekindling of their love, Stallone has realized what’s really important.

Rocky writer Sylvester Stallone and his wife Jennifer Flavin have been married for 25 years. But that didn’t stop their late August announcement of a split. While shocking, the two reconciled only one month later.

RELATED: The Rock Studied His Divorce to Become a Better Husband and Father

With a new reality show in the works focusing on Stallone’s marriage, three children, and life in the limelight, the famed action star says he is finally putting his family first.

Stallone and Flavin first met at a Beverly Hills restaurant in 1988, when Stallone was 41 and Flavin, a model, was 19. The pair had an on-again, off-again relationship in the early 1990s before they married in 1996. They have three daughters together.

After celebrating their 25th wedding anniversary on May 17, 2022, Flavin filed for divorce on August 19. Reports cited differences between age and temperament as the reason for divorce. There were disagreements on little things, he tended to be impulsive, and she was feeling unheard.

In Flavin’s divorce papers, she stated she believed Stallone was hiding marital assets and requested that the court instruct Stallone “from selling, transferring, assigning, encumbering, or dissipating any assets during the pendency of proceedings.” Flavin requested that she be able to continue living at their home in Palm Beach, Florida, and that Stallone not move anything from their marital assets.

RELATED: 17 Sylvester Stallone Quotes to Inspire You to Stay Strong

By late September, Stallone posted photos of himself and Flavin on his Instagram, and they appeared to be resolving major issues in private. On October 6 the pair were spotted in New York City, both wearing wedding rings. The divorce was dismissed two weeks after filing.

Stallone says that their relationship became strained by long absences from shooting movies and his career commitments. “Sometimes I put the work ahead of [my family], and that is a tragic mistake which won’t happen again.” He expressed regret that while his daughters were growing up, “I didn’t pay enough attention. I was so career-oriented, and now I go, ‘OK, I don’t have that much runway up ahead, and I want to start asking them about their lives.’”

In a recent interview with The Sunday Times, Stallone said the split was a reawakening for him. “Let’s just say that it was a very tumultuous time. There was a reawakening of what was more valuable than anything, which is my love for my family. It takes precedence over my work, and that was a hard lesson to learn.”

In an interview on their podcast, daughter Sophia commented that Stallone and Flavin are “polar opposites” but “literally cannot live without one another.”

Sylvester Stallone Is the Tulsa King

Stallone’s career has focused on film over the last 40 years, and the upcoming Tulsa King will be his first major TV show. He stars as Dwight “The General” Manfredi, a New York mobster setting up in contemporary Tulsa, Oklahoma after 25 years of prison. Stallone says he has always wanted to do a gangster role like his contemporaries Al Pacino and Robert De Niro. “Now, finally I get to do it at this tender young age.”

RELATED: The Strange and Heartwarming Story Behind Lindsay Lohan and Al Pacino’s Friendship

Stallone and Flavin attended the Tulsa King premiere together with their two elder daughters in New York City. Stallone expressed joy at having his family there with him. “I used to have my priorities all screwed up, you know, work came first, and eventually, I came out of that delusional thinking, and they come first. So, you’re right, to actually have them here, that’s what it’s all about.”

It’s clear to see that the two are still madly in love. Stallone gushes about how organized, beautiful, and lovely his wife is, and Flavin says he’s the funny one who keeps her laughing. They regularly post Instagram photos of each other, and paparazzi have spotted them attending dinners together.

“My wife is a magnificent: a wonderful, super-attentive woman and a great mother,” says Stallone. “She’s a great companion. So I’m a very lucky man.”

The family is getting ready to star in their own reality series, where viewers will have a chance to see Stallone and Flavin working through their marital issues. Stallone views this as a chance to be closer to his family. “I thought it would be the ultimate home movie,” he shared. “This is a chance where I’m going to be with my kids under a work condition where they get to see me in action and I get to see them in action. What you will see is the real truth. This is a great opportunity. I don’t look at it as stooping to conquer. But each time you go in a different direction, people go, ‘Oh God, you must be in trouble.’ Just the opposite.”

Stallone and Flavin’s story shows us that it’s easy to take family/marriage for granted – but even after decades of being together, it’s important to prioritize the people in your life. Even being lucky takes some effort!