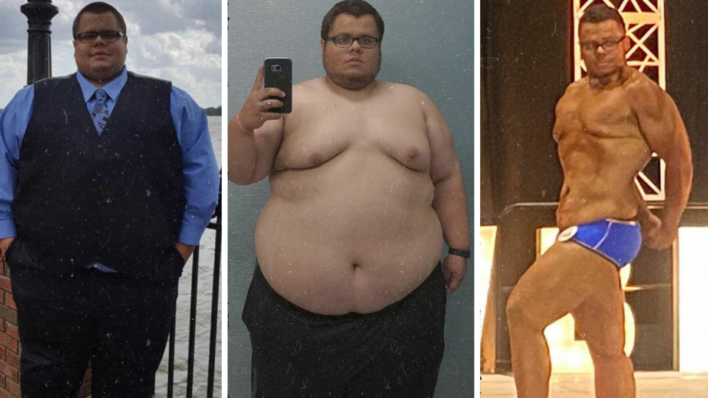 Alejandro Porro knew he was overweight but never made a move to change until one incident changed his perspective forever.
By MJ Kelly    April 26, 2021

Alejandro Porro knew he was overweight but never made a move to change until one incident changed his perspective forever.

After being told he would not live, this man was determined to turn his life around.

Alejandro Porro was overweight for as long as he could remember and for years his doctor urged him to lose weight, but it wasn’t until he stepped on an industrial scale that he knew something had to change.

“For work, I am a delivery courier, and I was making a delivery to a warehouse and it just so happened they had a pallet scale, and just out of curiosity I stepped on… and I was shocked,” Alejandro told Barcroft TV.

Alejandro had been in denial about just how much his weight gain got out of hand but in that moment, he felt inspired to take charge.

“Knowing I’m an adult now, this is my life; it could either end really soon or I can start taking care of myself, it was all on me,” he remembered thinking to himself. Growing up, Alejandro was always heavier than his classmates and was often picked on because of it. He recalled that at each of his yearly checkups, the doctor’s advice was always the same: lose weight or consider weight loss surgery.

By the time he graduated high school, his weight had spiralled out of control. “Food was always a comfort, I just abused it,” he said. “I was eating all the wrong stuff, in all the wrong amounts.” At the time, Alejandro settled into the habit of staying up late at night, eating pizza, and going through 12 packs of Mountain Dew, while playing video games.

“At one point, I remember the doctor actually telling me if I didn’t lose weight, I wasn’t going to live,” said Alejandro. He was aware that he was heavy, but never realized just how bad things had gotten until on the day of that weigh-in, Alejandro went back home and threw out all the junk food in his kitchen. Determined to transform his life, he began making changes to his diet and adding more movement to his daily routine. Within the first month of his weight loss journey, Alejandro lost 40 pounds. Soon after, he joined his local gym.

“Finding machines that I’d fit in comfortably was a challenge, but finding little exercises I enjoyed and being consistent with them made all the difference,” said Alejandro. Motivated by his progress, he eventually discovered CrossFit and was immediately hooked. Alejandro’s hard work and consistency paid off and he lost 260 pounds in the span of 15 months. “To lose 260 lbs in itself is a remarkable feat, but to do it so efficiently was very rewarding. The main thing I gained besides my health and mobility was my self-confidence.”

His transformation left him with a lot of loose skin and he still carries a lot around his gut, but he doesn’t let it get in the way of his fitness goals. “I’m always going to be progressing and always looking at what I can get better,” said Alejandro. “You just have to celebrate and see the difference, feel the difference with how your clothing feels, how you’re feeling much better when you’re waking up – you just have to celebrate all those little things.”