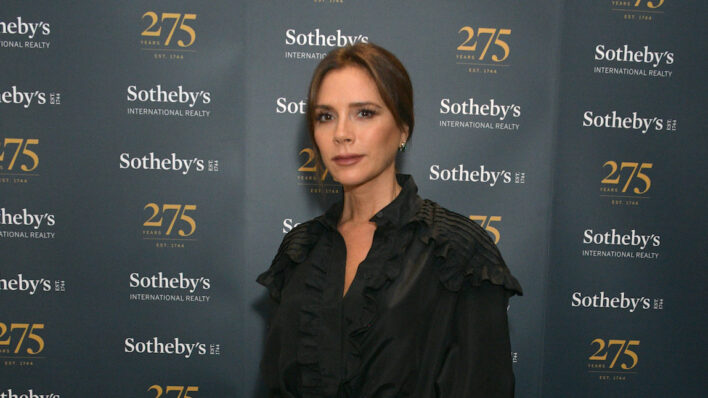 Victoria Beckham and her husband, David Beckham, are one of the most iconic British couples out there. Yet, throughout her marriage with the renowned football star, Victoria had to go through the most difficult hardships of her life. This is the story behind her posh facade.
By Maya Khamala    August 10, 2020

Victoria Beckham and her husband, David Beckham, are one of the most iconic British couples out there. Yet, throughout her marriage with the renowned football star, Victoria had to go through the most difficult hardships of her life. This is the story behind her posh facade.

Those of us who’ve been around long enough to remember know her first and foremost for her unforgettable role as one of the five empowered goddesses propping up the world-famous British girl group, Spice Girls, who rose to dizzying prominence back in the 1990s.

Even back then, her name said it all: Posh. You had Sporty, Scary, Ginger, and Baby. They all played a part, and hers was clearly above it all. After all, what does ‘Posh’ mean if not luxuriously untouchable, right?

But since her early days as a pop superstar, Posh, known in her more human form as Victoria Beckham, has worked hard to evolve, move away from her comfort zone, and even establish a critically acclaimed global fashion and beauty empire—obstacles be damned. And the best part is, she did it by both subverting and harnessing her so-called Posh power in ways few could have predicted.

Behind the posh facade

Let’s start by dismantling the facade behind the Posh narrative, shall we? Victoria Beckham has revealed (perhaps surprisingly) that she was bullied at school for being awkward and that she didn’t have many friends. Victoria, now a 46-year-old mother of four, has described being an outcast and struggling with her confidence and self-esteem in her youth.

Almost as though to purposefully elucidate the incredible transformation that our young Victoria Beckham (then Adams) must have gone through between her awkward youth and her rise to all-out fame as part of Spice Girls, Avril Mair of Harper’s Bazaar recalls how “In 2004, as editor of i-D, [she] put the artist known as Posh Spice on its cover, wearing nothing more than a sliver of satin lingerie and her signature pout. There was a lot of hair and dramatically uplifted cleavage. In one image she perches on the edge of a bed wearing fishnet stockings and holding a wooden spanking paddle printed with the words ‘Teach Me A Lesson.’”

Remarkably, Mair points out, in the years that followed, Victoria showed the world that there was a lot more behind her enduring Posh Spice facade. Through her talent and endless determination, she really did manage to create a fashion and beauty empire, for one.

In September 2019, she launched Victoria Beckham Beauty, an environmentally conscious, all-inclusive stand-alone collection that brilliantly looks to the future by tapping into the organic beauty market—not only an intelligently lucrative move, but one the world (and certainly the beauty industry) sorely needs.

She’s also honest about the challenges she’s faced throughout it all: #notperfect pops up regularly on her IG posts. Along the way, she has continually worked to unravel the early illusions of poshness that threatened to sabotage her true self-image. “I never just woke up like this,” she says wryly. “I learnt an enormous amount being very young and very, very famous. You realize it’s much more difficult to maintain success than it is to actually achieve it – and it’s not as glamorous as people would think.”

Her marriage was hanging by a thread

Victoria Beckham and her just-as-world-famous husband, former footballer David Beckham recently celebrated 21 years as an unstoppable power couple, but as anyone who has followed their trajectories knows, the path has not always been easy.

While she was pregnant with their first child, Brooklyn, before the two got married, the first rumor of his cheating had reached her. As she wrote in her autobiography, Learning to Fly, the news almost destroyed her. Her immediate reaction was to go “straight up to him and just swung at him, punched him.”

I hadn’t planned it. I hadn’t punched anybody before. Just instinct. I just felt angry and hurt.

David maintained his innocence, and after a trip to Lake Como in Italy, the two worked things out and decided to get married. However, that was not the end of their marital troubles–or David’s rumored affairs.

Way back in 2004, just a few months after their fifth wedding anniversary, the British tabloids completely lost their minds while covering deeply scandalous cheating allegations levied at David, ones that described how he’d he’d had an affair with his assistant, Rebecca Loos.

Other cheating allegations followed, with both Victoria and her husband somehow managing to stick together and weather the storm, insisting all the while that no exterior force could break them apart.

In spite of repeated and utterly humiliating attacks by the tabloids, many of them targeting Victoria just as much if not more than David (unsurprisingly, as double standards go), they did manage to pull through, which is more than most celeb couples can say, especially under such aggressive scrutiny.

Vis-a-vis the cheating, nothing was ever confirmed, and throughout it all, Victoria was seemingly able to harness the power behind her ‘posh’ facade and find strength in her diva-esque refusal to crumble.

The Beckhams did ultimately file a lawsuit against News of the World in response to a story titled “Posh and Becks on the Rocks,” in which they claimed that a beautician named Danielle Heath also had an affair with the David.

“We are sick and tired of people trying to make money at the expense of our family,” they said in a statement. “It’s even more distressing when we are expecting our third son. These allegations are completely untrue and it is in the hands of our lawyers.”

They then amended the complaint in 2005 to include another NOTW story claiming, (based on tales from a former nanny, Abbie Gibson), that their marriage was a hoax. They sued the nanny for breach of confidence as well. In 2006, the not-to-be-toyed-with couple collected an undisclosed settlement from News of the World.

Watch this Goalcast video on how Jennifer Aniston used her own betrayal to help Selena Gomez:

Above it all, yet grounded

People have been making things up about our relationship for 20 years, so David and I are pretty used to ignoring the nonsense and just carrying on as normal.

And for Victoria Beckham, normal, as we’ve seen, is all about pushing through and celebrating resilience in the face of imperfection—since, as we all know, and as Victoria herself returns to regularly (#notperfect), life is inherently flawed.

After all, Victoria doesn’t owe anyone any answers and that’s a big part of her appeal and power. Despite the pressures of a world that demands answers and reactions, she’s maintained impeccable strength and composure throughout it all.

Whether or not the cheating allegations are true, Victoria teaches us all an important lesson: we shouldn’t let others dictate how we go about dealing with issues in our lives. Throughout all the onslaught of paparazzi and British tabloids, she remained true to herself, even if it meant being called snobby or “posh.”