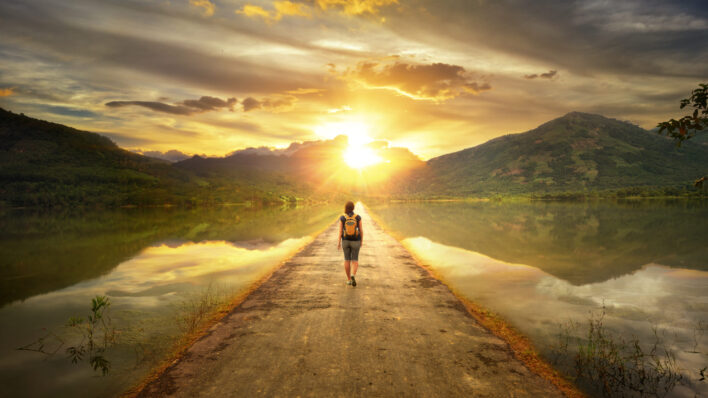 Mind the Comparison Trap: Why Life’s Race Is Only Against Yourself

Social media can be a wonderful tool for staying connected. It allows you to catch up with old friends and make
By Hung Thai    June 6, 2017

Social media can be a wonderful tool for staying connected. It allows you to catch up with old friends and make

Social media can be a wonderful tool for staying connected. It allows you to catch up with old friends and make new ones. However, it can also be a dismal place for your self-esteem. In this article, I share a time in my life when I was consumed with social media, and with the feelings of inadequacy that came from constantly comparing myself with the way others were portraying their lives. From the experience, I’ll share how I broke free of the comparison trap, and how you can, too. Mind the Comparison Trap: Why Life’s Race Is Only Against Yourself

I looked at my phone in disdain. What I had hoped for was a short recess from the grind to catch up on the news and the happenings from my circle of friends. It turned into a long and depressing chronicle of self-loathing and discouraging self-sabotage.

It wasn’t the bad news. On the contrary, it was the good news and, specifically, the abundance of it that had me in a tizzy.

On Facebook, it seemed as though everyone I knew was making excellent progress on his/her dream. The dizzying array of feel-good headlines threw me into an abyss of inadequacy: “I’m so thankful for everyone who believed in me because I just became the new blah blah blah”; “I’m happy to announce that we have launched blah blah blah”; and on it went.

I had to escape the bombardment. Unfortunately, Linkedin was my ill-advised choice for the escape route. For within that realm, I realized how many of my colleagues and friends who started at the same time as me have become managers. And while I’d already made the decision long ago to forgo the management path, the sight of everyone else making it there unnerved me.

I threw the phone and myself on the bed, covered my face with my hands and let go a long sigh. Every piece of someone else’s good news was a dagger to my self-esteem. Where have I been? Have I done nothing? Why is everyone else getting ahead and I’m lagging behind? The questions buzzed around me like a locust swarm.

I sank into the comforting embrace of the bed and fell asleep.

Giving ourselves credit and painting the path forward

After that episode, I gave social media a rest. Over the next few days I went back over my personal timeline and realized that while I was ogling over others’ achievements, I had foolishly devalued my own worth and successes, of which I had many.

I came to learn, first, how easy it was to fall into this self-deprecating trap — to feel stuck in place, anxiously watching your peers wave good-bye as they speed ahead. Second, it became clear to me that I ought to give myself more credit for the incredible journey I’d already taken, and for the stones I’ve laid for the steps ahead. And lastly, I realized that the path each of us takes is unique to our situation, and that our worth shouldn’t be calculated based on skewed comparisons with others. Behind the scenes of the airbrushed facade

Imagine two new drivers embarking on a journey. James is gifted a brand new Tesla Model S by his family; Jessica inherits a ten year-old Honda Civic. They take off from the same starting place, full of excitement and hope for the road ahead. Unfortunately, Jessica’s car breaks down 100 miles down the road. As she struggles to fix the flat tire, James passes her by. While they started together, their path diverge from that point on.

Feeling frustrated, Jessica trudges on with one bad tire, resenting her place in the world. But unbeknownst to her, James was pulled over for speeding in a residential zone. After the setback, he cautiously hobbles his way back onto the freeway just as Jessica makes the exit. Their paths cross for a moment and they share their successes so far — neither mentioned the obstacles they had cleared.

Competition is ingrained in cultures all over the world, so it’s difficult to get away from comparing yourself to others. And while it can drive us to improve, it can also cripple our motivation and hope. Because we don’t know where our peers have been or where they might be going, the best bet is to focus on our own path — do the work to understand our emotions and try to take a step forward every day, no matter how small that step might be.