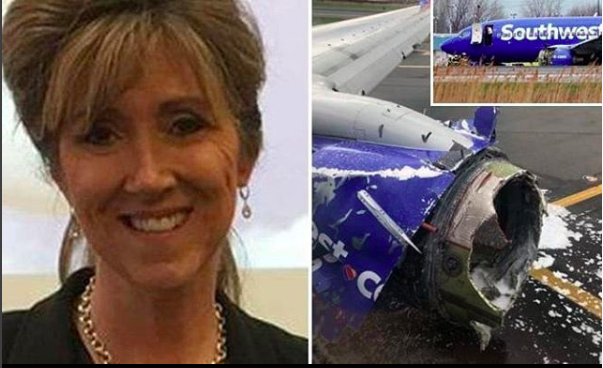 While air travel is one of the safest ways to get around, most of us have had a moment or
By Eliza Theiss    April 19, 2018

While air travel is one of the safest ways to get around, most of us have had a moment or

While air travel is one of the safest ways to get around, most of us have had a moment or two of uneasiness while flying.

Seeing images such as the shattered engine of Southwest Airlines Flight 1380, which suffered from a fatal mid-air explosion and had to perform an emergency landing on Tuesday morning, encourages us to imagine the worst.

Thankfully, there are incredible pilots such as Tammy Jo Schults, the woman who landed the plane safely despite the hole in the cabin, to make us feel safer.

You have to be cool, calm and collected to fly airplanes for a living, but some pilots achieve truly incredible feats of courage during extreme conditions and emergency situations.

Here are three heroic pilots that deserve to be praised for their nerves of steel.

We were simply doing our jobs. We love women in aviation! Tammie Jo Shults, one of the pilots responsible for landing the Southwest Airlines flight 1380 that experienced an engine explosion. She was one of the first women pilots in the Navy and first women to fly the F-18 fighter jet. #womeninaviation pic.twitter.com/6bJgO6caZ1

Headed out of New York City to Dallas on April 18, 2018, Southwest Flight 1380 ran into trouble only 20 minutes after departure. The left engine suddenly broke, a piece of shrapnel broke a window on row 18 and the plane tilted left 40 degrees.

As passengers panicked and oxygen masks dropped, passenger Jennifer Riordan was sucked out of the broken window. Fellow travelers jumped to her aid, managing to pull her in – unfortunately, she later succumbed to her injuries. Despite the dire conditions,  however, Captain Tammy Jo Shults immediately began coordinating with air traffic control to ensure a safe landing, successfully piloting the damaged aircraft to Philadelphia.

As news of Southwest Flight 1380 broke, an outpouring of gratitude, respect and awe towards members of the crew, especially Captain Shults, flooded social media. The 56-year-old veteran was hailed for her courage and the support she offered to passengers, whom she personally greeted after the emergency landing, according to The Heavy.

Shults switched to commercial flying after a successful career in the U.S. Navy as one of the first female fighter pilots. Chesley Burnett “Sully” Sullenberger III is one of the most celebrated pilots in decades for his near-miraculous landing of US Airways Flight 1549 on the Hudson River, right off Manhattan, on January 15, 2009.

Taking off from New York, the plane was disabled immediately after take-off by a large flock of Canada geese. Left with virtually no engine power and unable to return to LaGuardia airport, Sully aimed for the Hudson river, successfully landing the Airbus A320 on the water.

All 155 passengers and crew survived, with the Captain deplaning only after making sure all others were safely off board. Among the following tributes to his courage was the 2016 drama Sully. Born in Germany in 1938, Dieter Dengler was a United States Navy aviator and a celebrated Vietnam War veteran and prisoner of war.

Hitchhiking to Hamburg at 18, Dengler embarked on his dream to become a pilot, enlisting for the U.S. Airforce only a week after arriving to New York. Although his first enlistment didn’t bring the pilot career he was dreaming of, he reenlisted to the U.S. Navy, joining the USS Ranger squadron in 1965. He was headed to Vietnam.

Just one day after the USS Ranger started flying missions into Vietnam, Dengler was shot down after a series of mission complications. Despite his best efforts the day following his plane crash, Dengler was apprehended by enemy forces and spent six months as a prisoner of war, suffering torture, disease and starvation.

After overhearing guards planning to kill him and fellow prisoners, Dengler and seven captives attacked the guards and escaped into the nearby jungle. Dengler was the only one to survive, getting rescued after 23 days in the jungle.

He was hailed as a hero after escaping, with documentaries and movies documenting his journey and road to recovery. Dengler continued to fly for several years, surviving no less than four crashes as a civilian test pilot.